If you were an artist who had just sold a painting to Australia’s richest man, you’d think there’d be no problem getting paid for your work. Instead, Sydney painter Lara Merrett has spent the best part of two years chasing up an amount that, to a mining billionaire, isn’t a rounding error.

This latest twist in the saga of Tristian Koenig, a rogue gallery owner and art dealer whose shoddy treatment of artists has left a trail of missing works and claims for money owed, was happily resolved this week after representatives of Andrew “Twiggy” Forrest contacted Merrett at her Leichhardt studio. 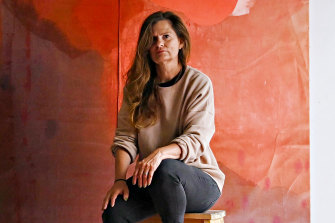 Lara Merrett says artists have to be able to trust galleries which promote and sell their work.Credit:Kate Geragthy

The Forrest family was aghast to learn that Merrett was not paid for one of two paintings of hers they bought through Koenig in April 2020. Andrew and Nicola Forrest, through the $2 billion Minderoo Foundation and their family collection, are strong supporters of contemporary Australian artists and particularly, Indigenous artists.

The Merrett paintings, both large, vibrantly coloured images in acrylic and ink, are hanging in the family’s company headquarters in the old Swan Brewery building in Perth.

The episode was particularly galling for Merrett and other artists who say they have experienced the rough end of Koenig’s unorthodox business practices. At the time of the sale, Koenig posted on his gallery’s Instagram account: “A big thank you to all parties involved with the acquisition of these two major Lara Merrett paintings.

“Remember this, when you buy art from a gallery, you’re supporting galleries, artists, their families and the communities and businesses around them and that they operate in.″⁣

That post was recirculated on Thursday night with the additional strap line: “Never paid…still waiting Tristian.”

The Forrests paid about $27,000 for the two works. Merrett says she received just $5282.50 from Koenig – half what he owed her. That was remedied on Friday when a family representative told Merrett they would gift her what she said she was owed by Koenig.

“The Forrest family purchased two pieces of artwork through the gallerist in question in good faith,” a family spokesman said. “Immediately upon learning that the artist may not have been paid for one of the paintings, the Forrest family reached out to the artist to resolve the matter.

“Minderoo Foundation recognises the challenges faced by independent and individual artists and the difficulties of maintaining sustainable artistic careers.”

Koenig did not respond to questions from The Age and Sydney Morning Herald. 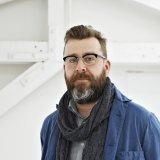 The former gallery owner is currently facing two default orders for breach of contract issued by the Melbourne Magistrates Court following legal action initiated by aggrieved collectors and potentially, a criminal investigation into allegations made by two artists in statements to Victoria Police.

One of those artists, Elyss McCleary, this week took matters into her own hands by attending an open for inspection at the last known address of Koenig and removing two of her paintings from the living room of an inner-Melbourne property.

Like other collectors who have dealt with Koenig, Andrew and Nicola Forrest had no idea that an artist may not have been paid for work hanging on their walls. Merrett said she repeatedly tried to get the money out of Koenig, but didn’t feel comfortable approaching the Forrests directly. 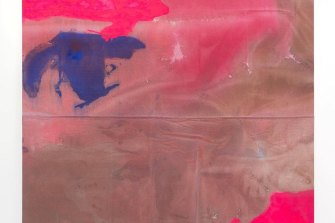 Lara Merrett has spent the best part of two years chasing up payment for a painting now hanging in Andrew Forrest’s family headquarters in Perth.

“Once a painting leaves your studio it is really in the care of the gallery,” Merrett says. “They are your point of contact. Artists don’t go directly to buyers; everything goes through the gallery and that is why they get 50 per cent. 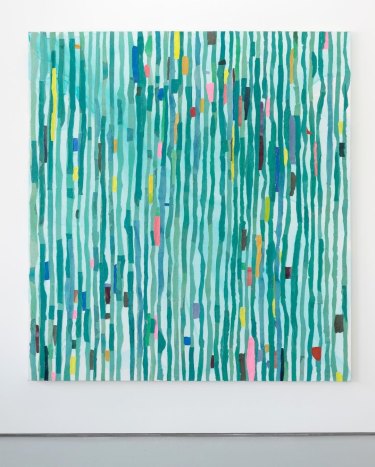 Vibrant: The second of two Lara Merrett paintings bought by the Forrest family in 2020.

“The gallery looks after you and you have to have full trust that they are doing everything in your interests. I was just shocked that even when you have the security of your work being in a great collection, there is no guarantee.”

The Age and Sydney Morning Herald last week reported that six contemporary Australian artists including Merrett are pursuing Koenig for money they say they are owed for sold work and 39 “missing” art works – paintings which they provided to Koenig on consignment years ago and haven’t seen since.

Under his arrangement with artists, Koenig was entitled to keep 50 per cent of the proceeds from any painting he sold. This is normal practice for a commercial gallery.

Since the story was first published, a number of collectors have contacted the artists to say they have “missing” paintings on their walls. Documents provided by the collectors to Alana Kushnir, an art law expert who is helping the artists pro bono, adds weight to what the artists have long suspected; that Koenig sold their work without telling them and trousered the proceeds.

“It means there is more money owed to the artists for works that have been sold,” Kushnir says. “We are in this really messy situation. What do the artists get and what do the collectors owe them, if they [the buyers] feel they have already paid a fair price?”

Merrett says she has evidence that Koenig sold four of her missing works without her knowledge for $16,250. Her current gallery, Sullivan and Strumpf, has valued the works at $33,000 and is in negotiation with the buyers to make up the difference as a means of compensating the artist.

In a separate development, a collector came forward after reading a follow-up story in The Age and Sydney Morning Herald to reveal they have a series of missing works by Los Angeles-based artist Petra Cortright.

The works were showed by Koenig four years ago and appear to have been sold by Koenig for about $US50,000. Hollywood gallerist Stefan Simchowitz, the previous owner of the Cortright works, says he was not aware of the sale and received no payment from Koenig. He is now in discussion with the local purchasers.

Australian Catholic University Dean of Law Patrick Keyzer, briefed by Simchowitz to help recover the Cortright artworks, confirmed they had been found.

“I have seen the works and been provided with documents that will enable Stefan Simchowitz and his team to work with the people who purchased the art to work out a solution to this fiasco,” he said. “The collectors who contacted me were absolutely mortified.”

Paris Hilton Opens Up About Abusive Past Relationships