State unions are banding together to pressure the Australian Council of Trade Unions to debate whether workers who aren’t union members should be compelled to stump up for pay deals negotiated on their behalf as the federal government readies its next round of industrial relations reforms.

The Queensland, South Australian and Tasmanian trades halls have backed calls from the NSW and Victorian peak bodies to scrap a Howard-era ban on unions chasing non-members for bargaining fees. 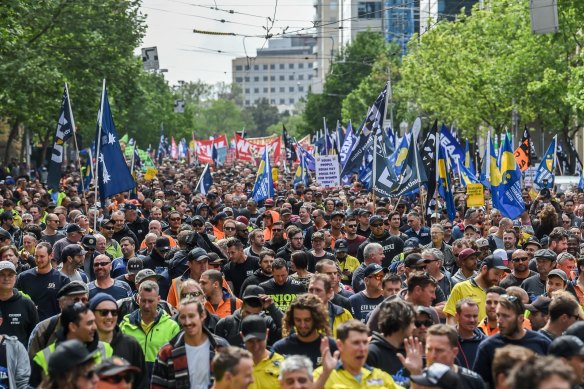 Calls are growing among union leaders to change a law banning them from charging non-members a fee for pay deals.Credit:Justin McManus

Queensland Council of Unions acting general secretary Jacqueline King said she was happy to raise it at the meeting of Australian Council of Trade Union and state and territory union secretaries at the beginning of February as it was a major issue for her state body.

“I’d expect there to be a discussion about it, absolutely,” King told this masthead. “They’re going to have to make a call on it.”

She said the ball would then be in the court of the federal government, which is compiling the next tranche of workplace reforms to be introduced this year.

Victoria Trades Hall Council secretary Luke Hilakari said he would also speak in support of fees for non-members, which some union heads have suggested should be equivalent to a year’s membership.

An ACTU spokesperson said the peak body did not openly discuss the contents of its meetings when asked whether the matter would be allowed to be debated.

Charging a bargaining fee was outlawed by former Liberal prime minister John Howard – a stance maintained under the Rudd-Gillard governments – after multiple unions tried to insert clauses into their enterprise agreements.

The High Court ruled against a levy in 2004 in a legal challenge brought against the Australian Workers’ Union.

The push has drawn condemnation from the Coalition and business lobby, which have accused the union movement of infringing on principles of freedom of association in a bid to increase historically low membership. 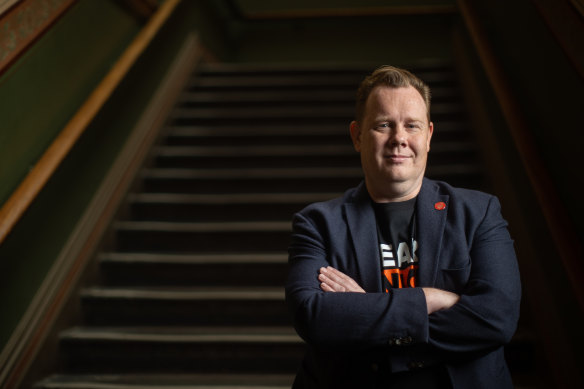 ACTU president Michele O’Neil earlier this month signalled her support for revising the laws, saying Australia was unusual internationally by having workplace laws restricting the content of collective agreements.

But when the peak body was pressed on whether it would push to have restrictions on collective agreements loosened, ACTU assistant secretary Scott Connolly said the organisation was focused on using the most recent industrial reforms to win pay rises and improve working conditions.

One of the main features of the government’s Secure Jobs, Better Pay amendments to the Fair Work Act last year is the expansion of multi-employer bargaining, giving workers across greater sections of the economy the ability to band together to bargain for higher pay.

However, United Workers’ Union national secretary Tim Kennedy this month questioned the effectiveness of unions being able to drive those changes with dwindling membership and resources.

King said the reforms placed the onus on unions to negotiate for workers’ rights across various industries.

“It’s placing extra responsibility on unions to be able to secure better outcomes for a wider range of workers,” she said in relation to why bargaining fees were necessary, preferably as part of the next wave of reforms to be introduced by Workplace Relations Minister Tony Burke.

SA Unions secretary Dale Beasley said he shared the view of his counterparts, adding “we’ve got a big problem in our country where those union members are forced to subsidise their colleagues who aren’t contributors.”

“In my decade as a union official, the most consistent complaints from members during wage negotiations was that people who contributed nothing to the outcome got to share equally in the reward,” Beasley said.

The secretaries of the ACT and Northern Territory trades halls did not respond to requests for comment, while UnionsWA head Owen Little offered a statement unrelated to bargaining fees.