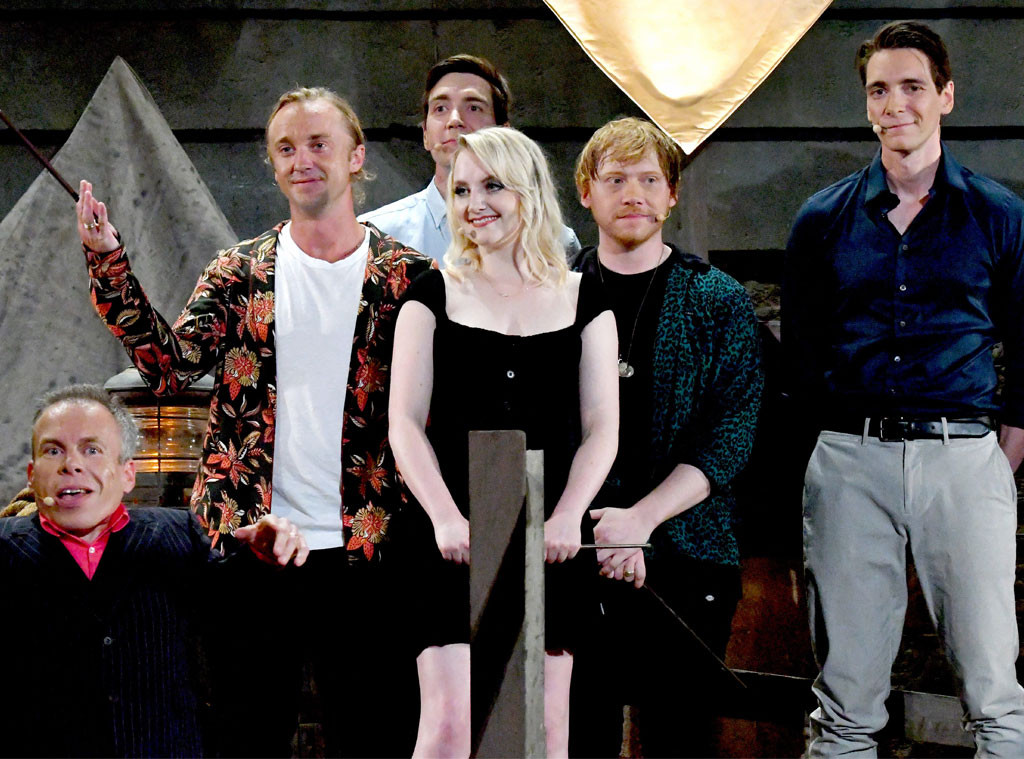 The stars of Harry Potter had an epic reunion on Tuesday, June 11, while appearing at an exclusive preview of Hagrid’s Magical Creatures Motorbike Adventure in The Wizarding World of Harry Potter – Hogsmeade. Felton, Grint and Lynch—who starred as Draco Malfoy, Ron Weasley and Luna Lovegood in the iconic series—traveled to Universal Orlando this week for the special occasion. James Phelps and Oliver Phelps—who played Fred and George Weasley—also appeared at the Florida event, as did Warwick Davis (Filius Flitwick).

The Harry Potter stars even took part in casting the levitation spell with fans, getting their wands at the ready and chanting “Wingardium Leviosa.”

During their trip to Orlando, Felton and Grint were also spotted at the Jurassic Park River Adventure at Universal Studios Island Of Adventures.

Watch the hilarious video Felton posted to Instagram from the experience above! And check out all of the Harry Potter cast reunions below!

Tom Felton supported his former co-star Daniel Radcliffe on Broadway at the Studio 54 Theatre during previews for The Lifespan of a Fact with co-stars Bobby Cannavale and Cherry Jones. 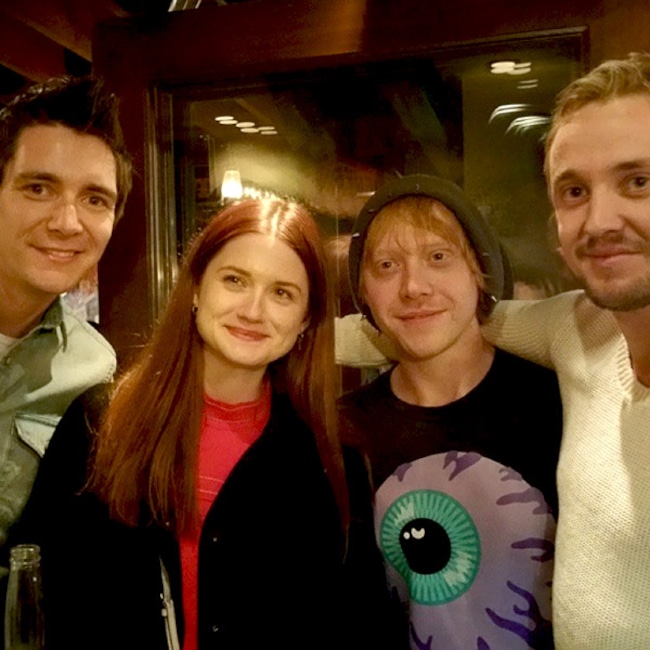 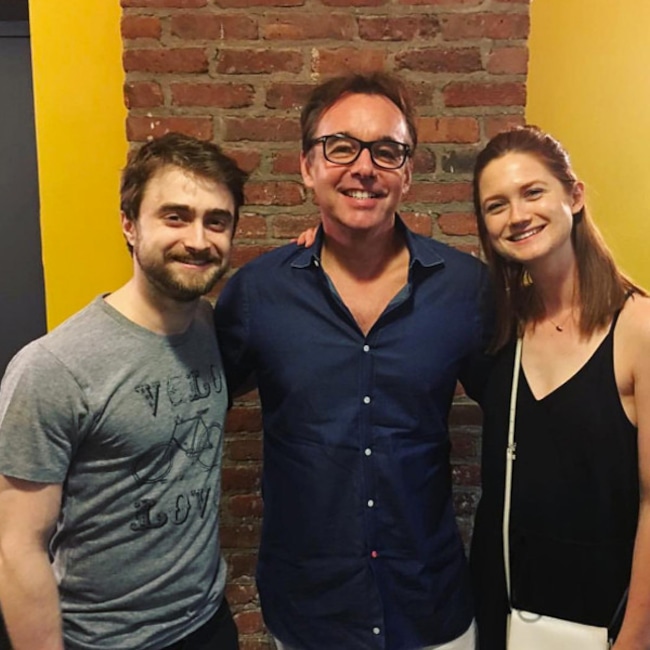 Night Under the Stars

Harry Potter and Ginny Weasley, a.k.a. Daniel Radcliffe and Bonnie Wright, reunited in July 2016 after the actress wanted to see her co-star at his off-Broadway play, Privacy. 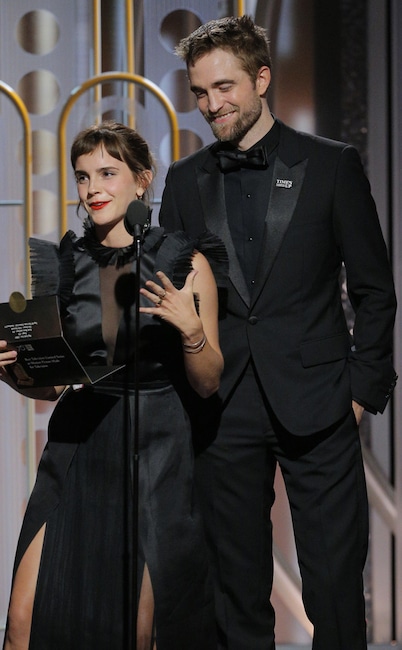 And the Winner Is

During the 75th Annual Golden Globe Awards, Emma Watson and Robert Pattinson presented the Best Limited Series or TV Movie category together. And for those who don’t recall, the Twilight star appeared as Cedric Diggory in Harry Potter and the Goblet of Fire. 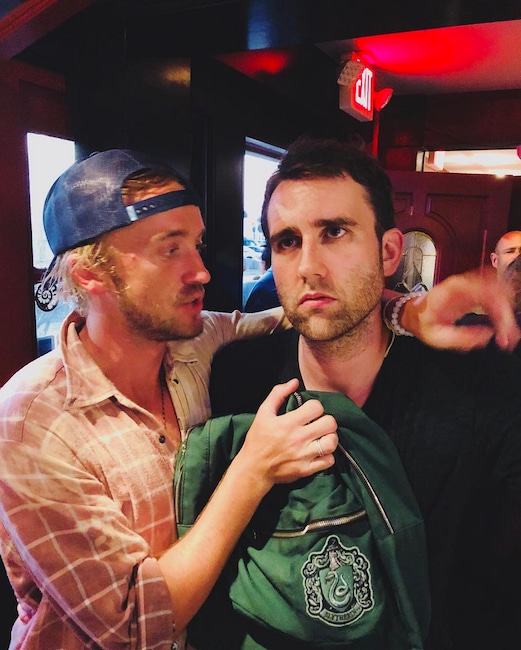 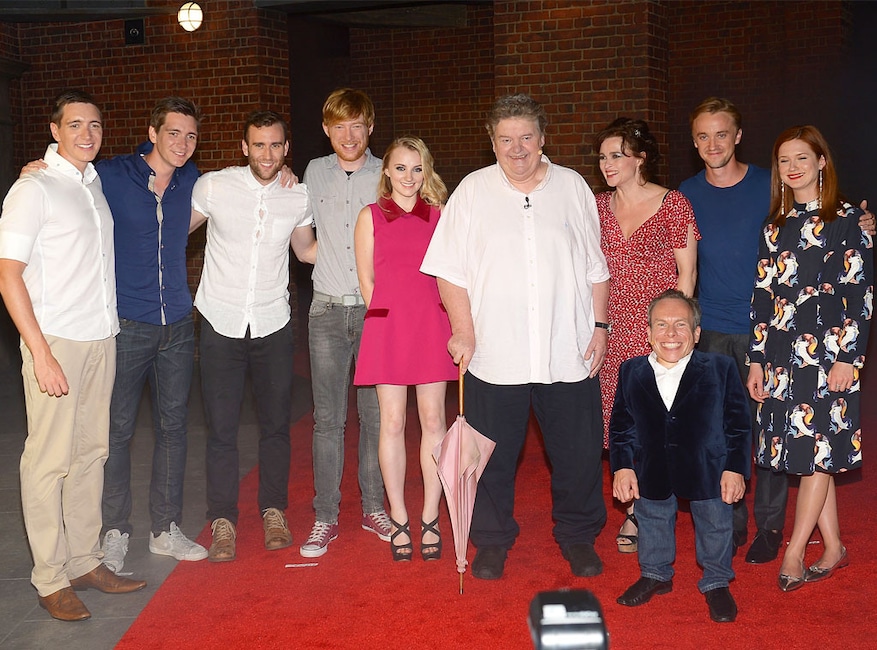 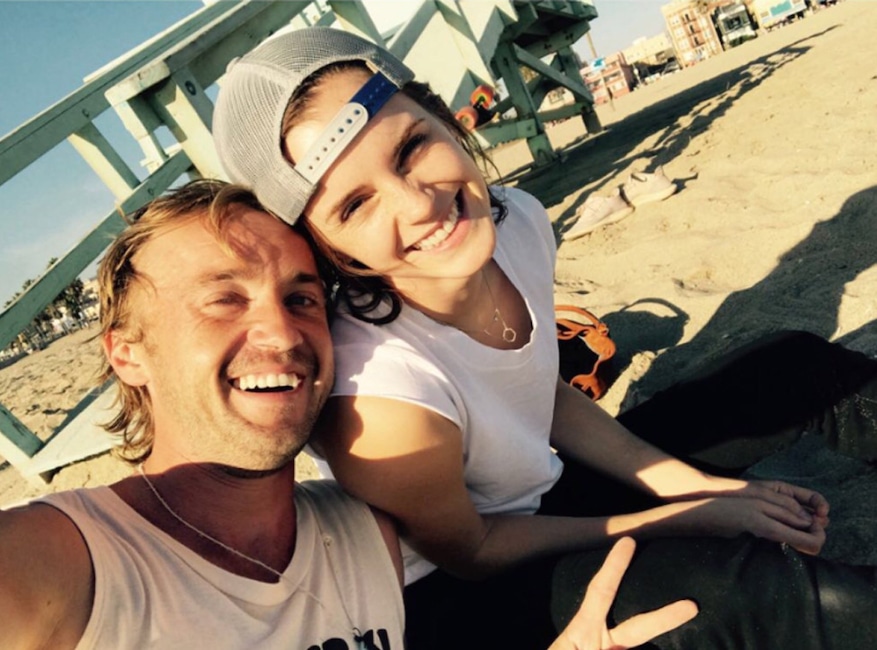 Before Tom Felton’s new series Origin premiered on YouTube, Emma Watson showed her support by sharing a selfie with her co-star. “Tom’s @OriginSeries is out on 14th November. Congrats dear friend,” she wrote. 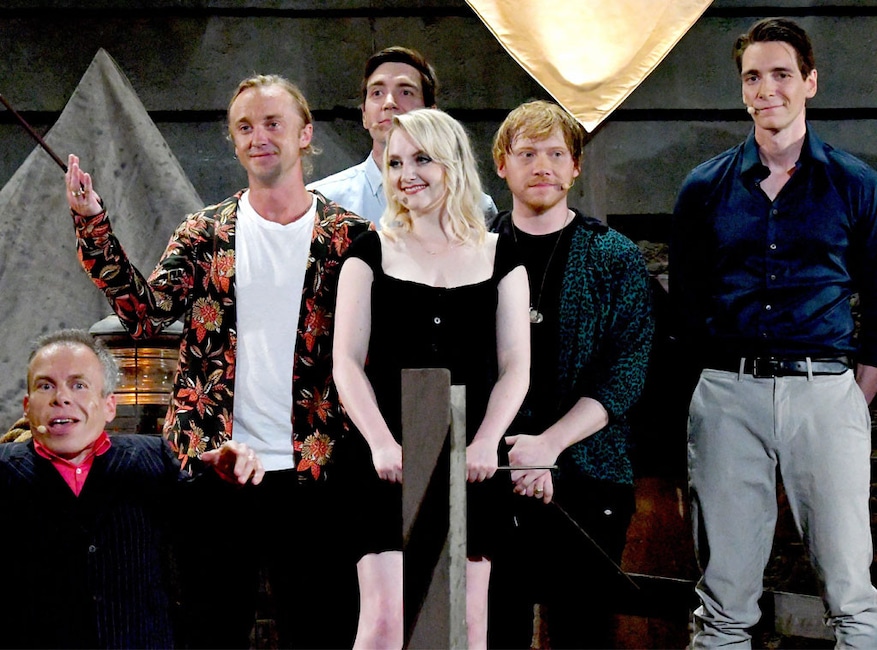 Wands at the Ready

Are Virtual Markets Working For Distributors and Buyers Navigating Coronavirus?