This Morning viewers have shared their stories of the pill after a top psychologist claimed that taking the contraceptive can change your entire personality.

Dr Sarah Hill, from Texas, appeared on the show today where she revealed that after a decade taking the pill she was stunned to discover that she felt ‘more vibrant’ and ‘in tune with her femininity’ than ever before when she ditched the medication.

She explores this issue in her book – ‘How the Pill Changes Everything’ – which claims the pill can fundamentally change who we are as people, affecting sex, attraction, stress, hunger, emotion regulation, friendships, aggression, mood and learning.

Some viewers knew exactly what Dr Sarah was talking about, with one insisting she will ‘never take the pill again’, and others agreeing that coming off contraception boosted their energy levels and libido. 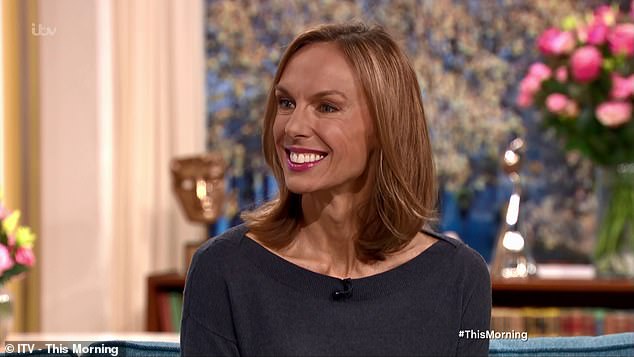 Dr Sarah Hill, from Texas, appeared on This Morning today where she spoke about her new book ‘How the Pill Changes Everything’

Sarah said: ‘I was on the pill for more than a decade and I had the same experience that many women have.

‘I didn’t feel bad. I didn’t have any of the mood related side effects. But when I went off it, it was about three months, I started to really notice I felt a little bit like I had woken up.

‘I felt more vibrant I had more energy I was going to the gym and caring about my appearance and in tune with my femininity.’

Many agreed with her, with one admitting she came depressed after the pill, while another thought the contraceptive can cause more ‘harm than good’.

One said: ‘Never again will I put hormones in my body for a form of contraception. The pill made me so depressed and I didn’t even realise until I stopped taking it.

Another confessed: ‘Been on it for over 20 years, personally the pill HAS had an effect on my mood and who I am in general.

‘Took a break and I did feel more vibrant, different mindset had more energy etc. This woman isn’t wrong. May be fine for some.’

A third revealed: ‘I had a stroke in April. Had been on the pill for about 20 years. Went off it immediately. So glad. Wish I’d gone off it years ago. I get the “felt like I woke up” thing.’

Many shared their own stories about the pill, with one admitting she came depressed after the pill, while another thought the contraceptive can cause more ‘harm than good’

Another commented: ‘I personally think that more people need to start asking their doctors what are in their drugs.

‘So many people go to their doctor for one reason, get put on some drug which will “help”, and it causes more problems than good.’

The doctor went on to explain that while on the pill she wasn’t interested in sex, music or her appearance and felt she was simply ‘maturing’ out of these things.

She explained: ‘I used to listen to music and liked make up and thought about sex and as I went into college, I thought I was maturing out, I’m not distracted by these things anymore.

However not everyone agreed with Sarah, with one viewers insisting that although the pill made her feel ‘awful’ it stopped her from having children

‘When I came off it reminded me of the person I was before the pill.’

However not everyone agreed with Sarah, with one viewers insisting that although the pill made her feel ‘awful’ it stopped her from having children, while another went as far as branding Sarah ‘stupid’ for her claim.

One said: ‘Was on the pill for years. Came off it because it made me feel awful. Then had two kids in two years

Another commented: ‘Every drug has side effects and they affect people differently. Why are they giving this annoying woman airtime!’ 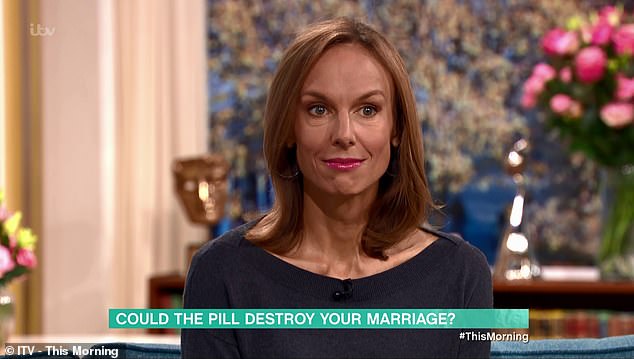 Speaking about ditching the pill, Sarah revealed that after a decade taking the pill she was stunned to discover that she felt ‘more vibrant’ and ‘in tune with her femininity’ than ever before

A third argued: ‘So basically some drugs affect people differently than others? Who knew??? Why is this news. ‘

The psychologist wants her patients to know that hormones affect every single part of your body, and can ‘influence what your brain is doing’.

She said: ‘The pill changes a woman’s profile of sex hormones. We think of them as an external force.

‘But hormones are part of a signalling that our brain uses to create who we are, so when we take the contraceptive pill it also influences what your brain is doing.

‘This book is about giving women a language to explain the experiences they have had for decades.’

Kenneth Lonergan on What It’s Like to Know Kieran Culkin