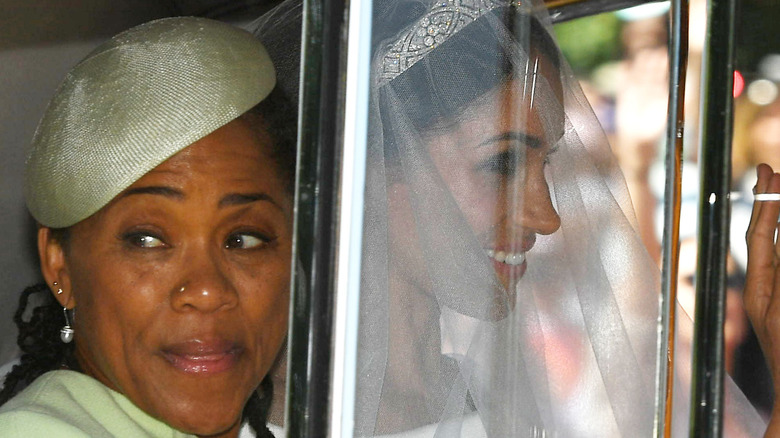 Meghan Markle and her mother, Doria Ragland, are both subjects of a new Lifetime movie about Megxit. “Harry & Meghan: Escaping the Palace” is set to premier in the fall of 2021, and aims to tell the story of what drove the Duke and Duchess of Sussex to leave their royal lifestyles, according to The News International. Sydney Morton was announced as the actress playing Meghan, and Jordan Dean was cast as Prince Harry, via the Daily Mail. Now, the Daily Mail confirmed that actress Melanie Nicholls-King will play Doria Ragland.

Nicholls-King is well known for her performance as Cheryl in the critically acclaimed HBO drama “The Wire,” per the Melanie Nicholls-King website. The Canadian actress has also appeared in Showtime’s “Deacons for Defense” and “Law and Order.” Times News Express noted that during filming, Nicholls-King bore a similar resemblance to Doria, who is very close to Meghan and Harry. Doria has been staying out of the spotlight while she helps the royal couple take care of baby Archie, per Women’s Health. Meghan has repeatedly told news outlets that her mother is her “best friend.” 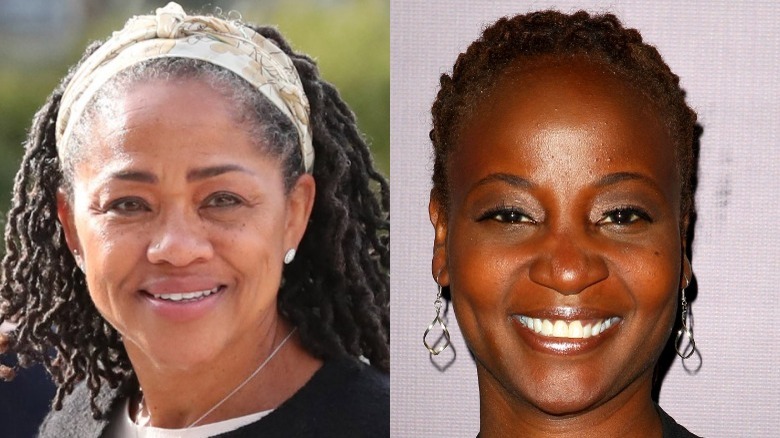 “Harry & Meghan: Escaping the Palace” isn’t the first time that Lifetime has created a film about Meghan Markle and Prince Harry. The first two films about them were titled “Harry & Meghan: A Royal Romance” and “Harry & Meghan: Becoming Royal,” per Entertainment Weekly. In addition, Meghan’s mother, Doria Ragland, was previously played by Melanie Nicholls-King in the first installment, “A Royal Romance,” via IMDb. While new actors have played Meghan and Harry in each film, Nicholls-King will be a constant.

Nicholls-King, along with fellow actors Jordan Dean (who plays Harry) and Sydney Morton (who plays Meghan), were spotted filming for the movie, according to the Daily Mail. They shot a scene on a beach, with Nicholls-King dressed in a blue t-shirt and loose-fitting pants, a style very similar to Doria’s. Morton wore black leggings and a black zip-up jacket along with a fake baby bump, while Dean wore a light-colored t-shirt, a baseball cap, and black cargo shorts. As explained by Times News Express, the scene appears to be a recreation of the home video that Meghan and Harry shared in their interview with Oprah Winfrey.

Everything Katy Perry Has Said About Her Pregnancy Cravings So Far