Home » Lifestyle » The Voice Semi-Finals 5th Judge: Which Five Advance to Next Week's Finale? Which Coach Lost All Their Artists?

Carly Pearce, John Legend and Blake Shelton hit the stage, as do half of this season's Top 8 seeking that fifth and final slot in next week's "Voice" finale — who did enough?

From eight to the final five, half of tonight’s contestants hit the stage for their last shot to advance to next week’s grand finale of “The Voice.”

It was a brutal elimination, with nearly half of the contestants going home. Only four of them could breathe a quick sigh of relief, advancing automatically. For the other four, they had to bring their best — and not all of them did. 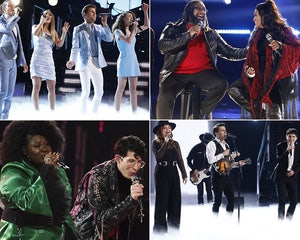 Honestly, we found ourselves gobsmacked by some of the performances we got tonight from contestants offering what could be their last gasp in the competition. This was their best effort?

But one artist delivered everything and more for their shot — was it enough? Oh America, you’ve left us scratching our heads enough times for us to take nothing for granted.

As always, the hour-long results show was padded with some additional content, including a holiday performance filled with throwback musical charm by John Legend, Blake Shelton offering up his latest track and Carly Pearce reminiscing about the tumultuous year she was “29.”

And just for fun, I’m going to rank the performances from worst to first for the Instant Save to see who my favorite was, and then see how close you were to getting it right with your votes (i.e., agreeing with me). 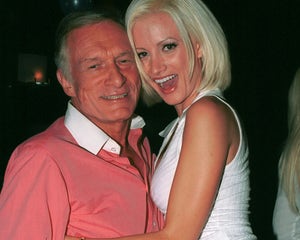 (“29,” Carly Pearce) Tapping into her own personal story, Carly’s song is about the tumultuous year in her life not so long ago that saw her married and divorced, looking at starting over in many ways. It was a surprisingly uninspired performance vocally and emotionally. Maybe it’s because Adele is out there with her numbered albums again, but for such a personal story and song, we were really expecting to feel that passion and pain in her story, even if she has found healing through the writing and recording process.

(“You Deserve It All,” John Legend) John is one of the best at these throwback jazz sounds, and this was a smooth vocal right in line with that style. He even had the kind of cheesy staging you might expect to see in a 1940s musical number. There was a certain charm to the whole thing, but it was also so incredibly corny — which we suspect was entirely intentional. As for the song, it’s a little repetitive, with John delivering the title line in the exact same pitch and cadence over and over again. We don’t see this one becoming a future holiday classic.

(“Come Back as a Country Boy,” Blake Shelton) Blake definitely knows how to write and target that straight-down-the-lane pure country music fan. He talked about red necks, dogs barking alcohol, blue collar, mud and trucks within the first few minutes. It’s like taking every country music staple and throwing it in a blender. At least he comes by it authentically and he does have a consistent strength in sound vocally to deliver it. After his performance, we loved the cut shot of the other three Coaches, with Ariana turned and clapping toward what might have been Blake sitting in his chair off-camera (was that a less than live performance?). 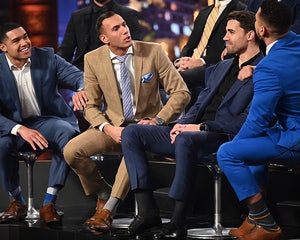 It was certainly a surprising night of competition, across two rounds. As we said after the performance show, Carson may have tried to tell us only the solo round counted, but viewers saw both and so they were going to consider both.

As there was no gimmick or challenge, and several of the artists fell into their biggest comfort zones, it was surprising that some of the performances were uneven. But that was nothing compared to how shaky some of those duets were.

As a reminder, we’ll share our rankings of the Top 8 from the performance show below. This is their rankings from the solo rounds. We’ve put in brackets behind their name their ranking in the Duet Round:

Interestingly, we actually found ourselves predicting a similar result to this, taking into account the diversity in range as an additional factor when it comes to fanbase and the possible cannibalization of votes in similar genres.

In the end, we thought the four acts sailing right through would be Hailey, Paris, Joshua and GNT, with our second place finisher on the night, Jershika, eking out an Instant Save win because she can bring it when her back is against the wall.

Wendy has gotten a little boring and safe in her performances, and both Lana and Jim & Sasha had just awful nights compared to everyone else. They weren’t bad, per se, but neither of them did enough in just their performances. Of course, that’s by our reckoning, and we reckon America likes to reckon differently. So did you?

Well, the first finalist revealed was Wendy Moten, so we’re going to go ahead and say no. We’re on different pages here. Don’t get us wrong, Wendy is a consummate professional and is performing with two busted wings — which is pretty impressive on its own — but we just weren’t feeling that as much as you (and Ariana) were last night.

Based on our theory about similar artists cannibalizing one another with votes, did her advancement hurt Jershika (fellow female R&B/soul powerhouse)?

The next announced finalist was Girl Named Tom, which we were fully expecting, making them the first-ever trio to make it into a “Voice” finale. We’ve been saying for weeks that they could well win this thing, they are so beloved. They were quickly joined by Paris Winningham, making it two for Blake.

Finally, it was down to the last artist advancing automatically, with that honor going to Hailey Mia, making us three for four so far in our predictions. We also acknowledged that “we might swap out Wendy for Jershika” in our comments after Monday’s show, so we’re giving ourself half credit there.

Interestingly, that means that only Blake and Kelly have had artists advance into next week’s finale. That means that either John or Ariana will be shut out completely next week — or even possibly both of them if Blake gets a clean sweep and Lana advances. 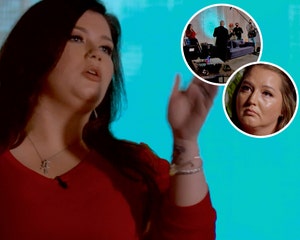 Our prediction here was that Jershika would pull it out and get an Instant Save win, and that could still happen. But, we also didn’t think Joshua was going to be here. If he puts himself on the right song, he can outsing almost anyone.

And then there’s Lana, who is alone in the country music lane. If she connects and really brings it, she could pull off an upset. As for Jim & Sasha, we know they’re beloved, and Sasha has a strong following in the LGBTQ+ community, but will it be enough? Despite our confident prediction Monday night, it really feels like it’s going to come down to what happens in these Instant Save performances.

(“Rich Girl,” Hall & Oates – 57/19, Newtown, CT) We’ve seen Sasha have powerful moments where he really gets into it, belting big notes, finding his grit and even squatting to the stage. We got none of that here. He was instead as subdued as Jim, leaving us with a performance that was sadly nothing more than a solid karaoke cover. The blend of their mics with the backing music didn’t help, either, as neither really sounded like a standout lead. This was a shocking disappointment from a strong contender through much of the season.

(“Things a Man Oughta Know,” Lainey Wilson – 29, Chesapeake, VA) An emotionally meaningful track, Lana didn’t quite have the gravitas in her voice to sell it as well as Lainey. But she was very strong on it in her own right, with her throwback country twang. There’s no one like her on country radio, and hasn’t been for a long time. By tackling these modern songs, she’s showing there could be a place for her. 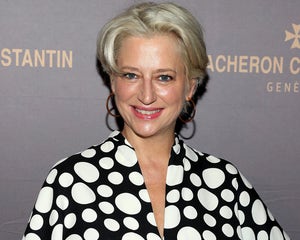 Dorinda Medley Is Dating Someone New, 'Funny Story' of How They Met

(“My Heart Will Go On,” Céline Dion – 28, Lockport, NY) It was back-to-back Céline for Joshua, opting for her most well-known and one of the biggest songs of all time when it mattered most. As expected, it was effortless for him to find those notes, soaring into the stratosphere with power and in full voice. Joshua is an amazing singer, and while this wasn’t his most exciting moment of the season, it definitely showcased what makes him special, his theatricality, power, range and just how unique he is on this stage.

(“Break Every Chain,” Tasha Cobbs – 25, Killeen, TX) Every time Jershika hits the stage, it sounds like she’s breaking off a piece of her soul and serving it up to us. She doesn’t just sing a song, or even sang a song, she lives and breathes through each song. This one started off a bit shaky as we could hear her nerves — it is a big moment — but as we got into it, we were right there with her, sharing her love for music, her passion, her faith and her everything. No one in the competition right now does this. We’re not sure anyone else knows how. Hell, we’re not even sure Jershika knows how she does it, but it’s astonishing every time.

Look, we get that Lana is alone in country music this season, but how can you hear that performance and even put her in the same category as Joshua or Jershika? Both of them have slayed this stage time and time again, and they brought everything they had to this final performance. For us, this came down to the two of them.

And if it were up to us, Jershika would win this, hands down. That was a transcendent performance and we’re still not down from it. But was America down to vote for her? Even John diplomatically found a way to say he wanted Jershika to advance, even as Joshua is also on his team.

Ultimately, America made the right call. In the end, it wasn’t even close, and Jershika Maple rounds out the Top 5, advancing as the last finalist. A deserved finalist, we thought she’d get there without having to perform tonight, but after seeing what she brought, how thrilling was it that she did perform. We might have missed that moment!

In her first season with the show, it looks like Ariana will be sitting this one out officially, just enjoying the ride. It’ll be interesting if she picks any favorites without a horse in the race. It’s an impressive lineup to be sure, a murderers row of talent, each with something special about them.

It’s anyone’s season to win, so it’s all going to come down to what they bring during next week’s shows. 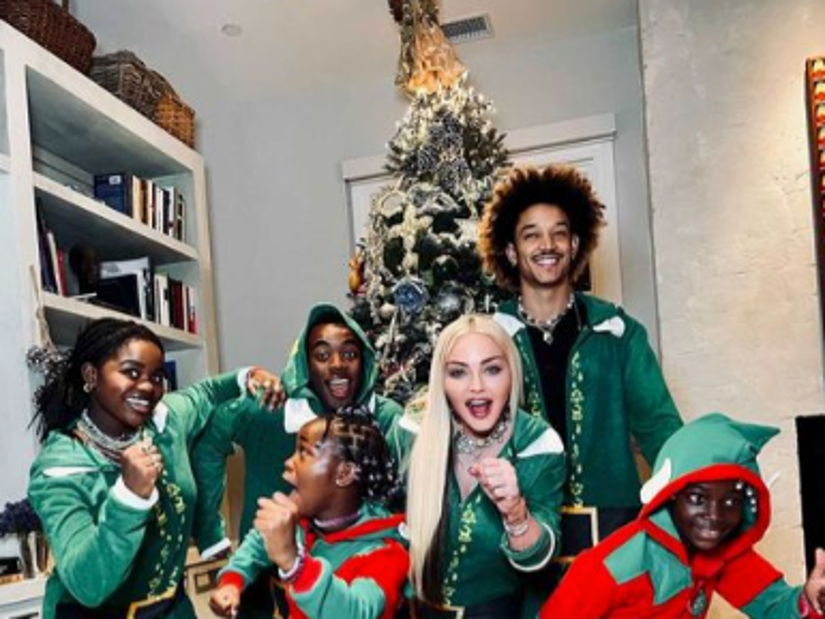