Warning: this story contains spoilers for the latest episode of Succession.

In an age where countless viewing options compete for our attention across multiple streaming platforms, it’s understandable that programs feel pressure to reinvent themselves. Attention spans are short and audiences need to be kept on the hook – risk going stale and 10 other must-see TV shows are waiting to replace you. 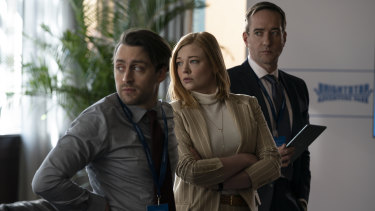 Given Succession’s two-year break between seasons, it would’ve made sense if the show opted for a rebrand. Or even a slight change in tone to reflect that, post-pandemic, the world is a different place (Connor being an anti-vaxxer would’ve felt like a natural progression).

Instead, Succession opted to eschew any major changes in favour of leaning into what it does best: an endless game of one-upmanship fuelled by power-hungry narcissists.

If the first four episodes of season three have served to assure us that things haven’t changed, then Monday night’s instalment rammed the message home. In many ways, this was the quintessential Succession episode, the one you might play for someone who has never seen nor heard of the show.

Titled Retired Janitors of Idaho, it felt like a best-of compilation featuring all your favourite hits: Logan undermining his children; Roman sniping from the sidelines; Kendall failing to read the room. 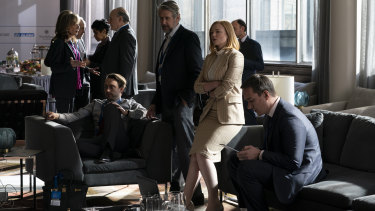 The best of the worst, doing what they do the best.

Picking up on the morning of the 46th annual shareholder meeting, the Roy family is on the ropes as Sandy (Larry Pine) and Stewy (Arian Moayed) look to take over Waystar Royco. The Roys must negotiate a deal with Sandy or risk going to a shareholder vote that they will likely lose.

The longer things drag on, the less likely a merger becomes, especially when Sandy stipulates that any deal must include the Roy family sacrificing their private jets. “That’s just humiliating,” scoffs Roman (Kieran Culkin).

High stakes have always been required for Succession to shine brightest, and with the future of the company on the line, this was a study of the Roy family at its very best (which is to say, worst).

Having pushed himself to the outer this season, Kendall (Jeremy Strong) has looked to co-opt the controversy around Waystar’s cover-up of sexual assault cases and position himself as a saviour of sorts.

It’s an unconvincing act and the exact kind of cringeworthy move that Logan doesn’t need on the day of this all-important shareholder meeting. “Kendall, shouldn’t you be on a rainbow soapbox screaming TimesUp?” quips Sandy.

Meanwhile, slimy Roman does his best to play both sides against the middle. In one breath, he labels Logan, who has a UTI, “the demented f—ing piss-mad king of England,” before flipping sides to publicly back his father’s decision to withdraw from the deal.

Roman is most watchable when heaping scorn on the people below him (which includes everyone, really, besides his father) and as the company hangs in the balance he really hits his stride.

“Tomorrow, we’re all going to look for jobs at the same branch of Target,” he jokes, and you suspect he’s never set foot inside a Target.

Succession is, at its core, more comedy than drama and Retired Janitors of Idaho is one of the funniest episodes so far – thanks to the two consistent fall men, cousin Greg and Tom.

Logan screams out for help during one trip, forcing Tom to barge through the door and ask, “Are you OK? You don’t need me to… hold the sceptre?” It is Tom to a tee, unsure of what to do or say but willing to do or say anything to get back in the good books. 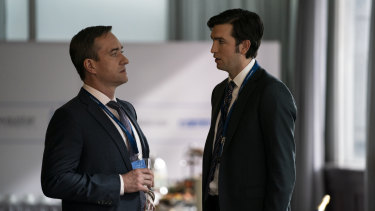 It seems Greg (Nicholas Braun) is also willing to do anything when he learns that his beloved grandpa Ewan (James Cromwell) intends to leave his entire inheritance to charity.

Backed into a corner, Greg proves that he is a Roy after all.

“I can’t technically sue my grandpa, but I can sue Greenpeace,” he explains to Tom.

“You’re going to sue Greenpeace? I like your style, Greg,” replies Tom. “Who are you going to go after next? Save the Children?” 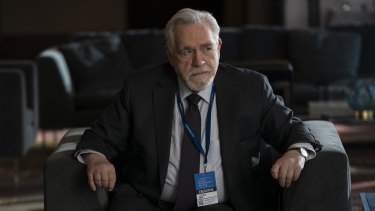 Far from finished, Logan Roy (Brian Cox) is up to his old tricks.

Ironically, Save the Children could have been an alternative title for this episode, such is the cruelty Logan shows toward his offspring. Despite Shiv’s (Sarah Snook) legwork trying to save the company, he tears her down instantly when she tries to propose a toast.

“Shiv, I am trying to talk to Gerri about something important; stop buzzing in my f—ing ear,” rages Logan, reducing his adult daughter to nothing more than a teenage annoyance.

Similarly, Logan can still exert power over Kendall, even from afar. The episode ends with Kendall’s assistant telling the eldest Roy son his father would like a word. Without hesitation, Kendall trots off but is stood up, the made-up meeting nothing more than a flex. Kendall dials his father’s number, only for it to ring out.

“Block this number for me, permanently,” huffs Logan to his assistant.

When it comes to being the worst, he is still the absolute best.

Succession season three is available to watch on Foxtel and Binge.