Home » Lifestyle » The name ‘Karen’ has plummeted in popularity and has been ‘fully poisoned,’ according to a name expert 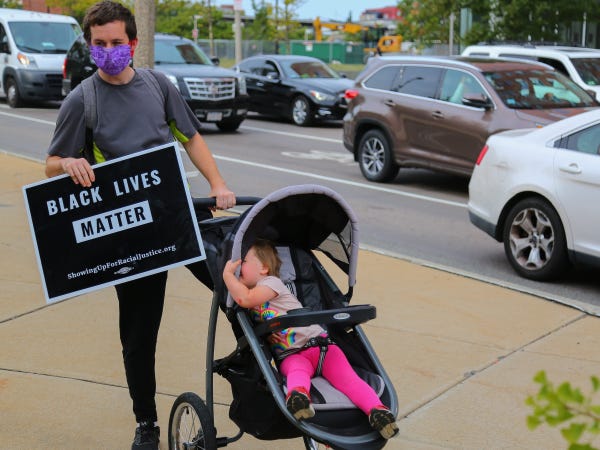 It once reliably occupied its spot in the top 10 most popular baby girl names, but "Karen" has now plummeted in popularity as it's become synonymous with entitled middle-age white women behaving badly.

In the 1950s and 1960s, along with Susan and Diane, Karen was commonly scrawled on baby girls' birth certificates. While Karen's been steadily declining over the past 50 years, it managed to hang on longer than the other popular names from its heyday, according to Lauren Wittenberg, author of the "Baby Name Wizard."

But by 2019, the most recent year that such data is available, Karen was the 660th most popular name, according to the Social Security Administration. That was the name's expected trajectory. At this point, it's likely also been "fully poisoned" and will probably fall further down on the list, Wittenberg said.

The name 'Karen' had been declining in popularity for 50 years

"Karen was slipping out of use with dignity. Now it's not being allowed that dignified passage," Wittenberg said. "The negative association with the name has continued to grow."

The most current data doesn't take into account some of the most divisive headlines from this year in which the main subjects were dubbed "Karens" by people who rebuked their actions.

This was the case in May when Amy Cooper, a white woman, called the cops on Christian Cooper, a Black man, after he asked her to leash her dog in a part of Central Park in New York City where that's the rule. When Christian Cooper's sister shared a video of the incident, which went viral, she grouped Amy Cooper with the "Karens."

This was also the case when a St. Louis couple pointed guns at Black Lives Matter protesters walking down their street. The wife was widely referred to as "Karen" and her husband, "Ken."

When the Karen meme first surfaced, around 2014, the name was associated with someone who was an annoyance, and put her needs first — someone who'd be quick to "call the manager" if her food wasn't served at the exact right temperature.

The associations have intensified in the wake of the protests against police brutality and amid the coronavirus pandemic. People who refuse to wear masks are also considered "Karens."

That the internet lingo is having such a profound effect on a name's popularity isn't surprising, said Jennifer Moss, founder and CEO of BabyNames.com.

"Pop culture has a huge influence on baby naming and such a negative association would definitely have its effect," Moss told Insider. "I liken it to the name "Dick" [a nickname for] Richard. Once it became associated with a negative personality trait (an arrogant jerk) it dropped off the charts, as well."

‘Friends’ Co-Creator Addressed The Show’s Lack Of Diversity: "I Didn’t Do Enough"