T K Maxx is slammed for selling £1,890 ‘I’m thin and gorgeous’ D&G purse – with some claiming it could ‘trigger eating disorders’

High-street discount retailer TK Maxx has come under fire for selling a designer purse that’s emblazoned with the words: ‘I am thin and gorgeous.’

Shoppers have slammed the cut-price chain for selling the purse, which normally retails at £1,890 but is being sold for £699, saying it could trigger ‘eating disorders’.

One furious customer, who spotted the ‘body-shaming’ bag online wrote: ‘I am thin and gorgeous?’ Wow, way to make everyone feel good.’ 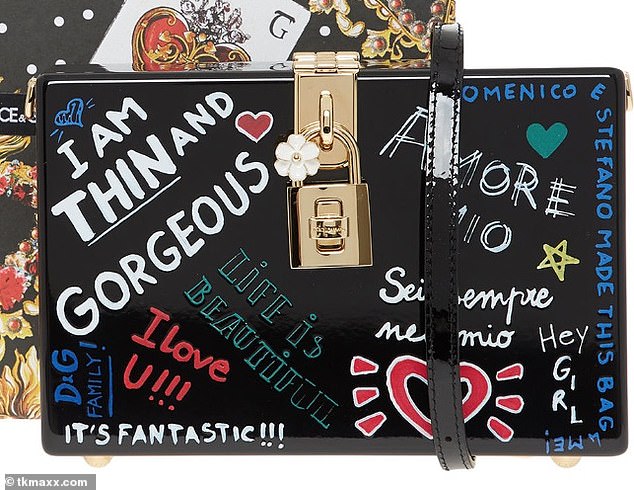 Shoppers have criticised cut-price TK Maxx for selling this D&G purse, which first appeared in the designer brand’s 2017 fall collection, because it carries the words ‘I’m thin and gorgeous’

Another, Lauren Callaghan said the purse should be banned: ‘Talk about a possible trigger. In this day and age, things like this should not be on shelves.’

Kayleigh Slater agreed, writing: ‘There’s one place for that…THE BIN. Who in the actual eff passed that design?’

Charlene ‘Charly’ Keig also raged: ‘I don’t understand why it can’t just say “I am gorgeous”. All women can be gorgeous regardless of whether they are fat, thin, tall, small, have freckles, have no freckles, blonde, brunette, ginger etc.

She added: ‘Why do we all have to fit in a bracket? We all need to praise each other more and appreciate that we are all different and that’s what makes us beautiful.’

And Patricia Longworth penned: ‘I don’t even understand how in this day and age stuff like this is allowed. Do they have any idea how damaging things like this are?’

Some fans were quick to point out that the bag was merely quoting a line spoken by Jennifer Saunders’ character Eddie in the cult-classic Absolutely Fabulous. 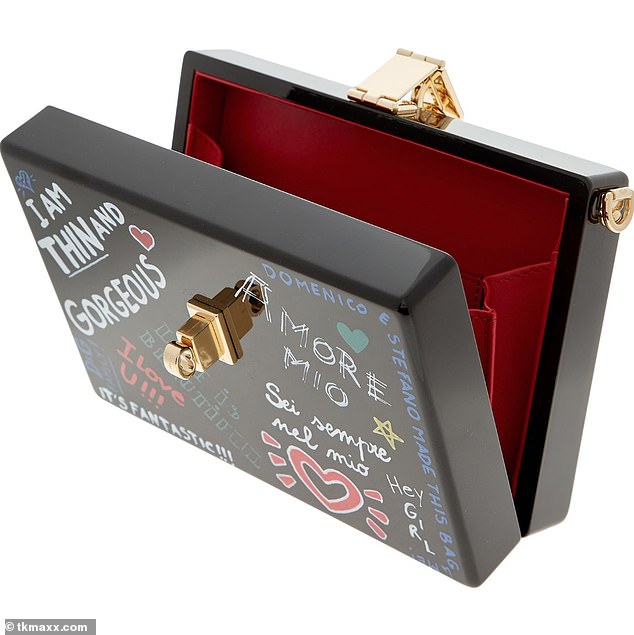 One furious shopper who spotted the item for sale – reduced to £699.99 from its original price of £1890 – claimed that the ‘body-shaming’ message could trigger eating disorders 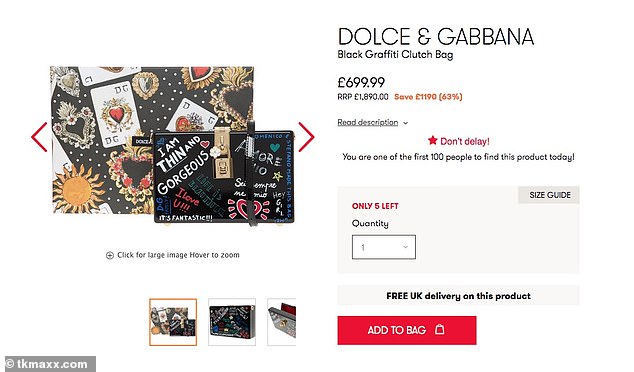 The online TK Maxx ad for the purse; it’s believed the slogan was first uttered in an episode of Absolutely Fabulous – and the couture fashion brand borrowed it

Nevertheless, they agreed the quote was still inappropriate to be plastered across a bag, which was part of the designer’s fall 2017 collection.

Beth Harwood said: ‘I think that the Thin and Gorgeous thing is a line from Ab Fab but who would know that out of context? It’s not Lacroix, sweetie… Or the 90s.’

Others claimed the bag was just another nail in the coffin for the notoriously controversial fashion house. 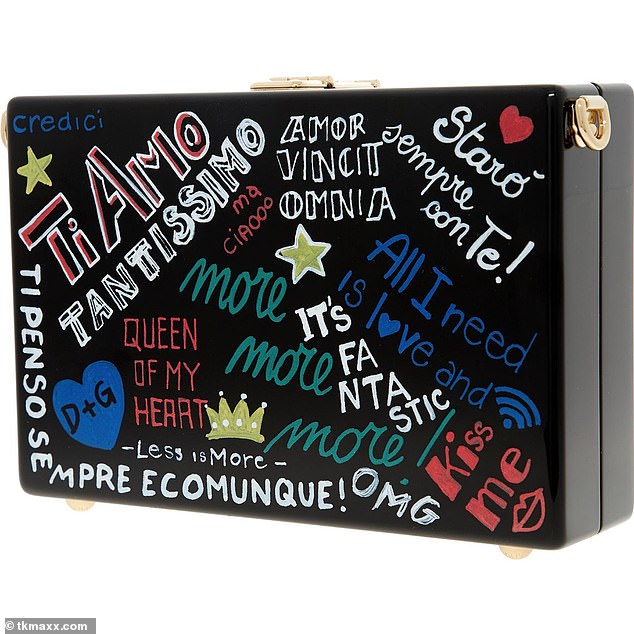 It comes after Dolce and Gabbana outfits were conspicuously missing from this year’s Met Gala red carpet following a series of controversies that led celebrities to boycott the brand.

Back in November, the fashion house was accused of ‘racism’ after releasing an advert that saw a Chinese model struggle to eat Italian food with chopsticks. The notorious ad sparked a boycott of the brand across China.

This Seamless, Wireless Bra Might Be Lighter Than a Cloud