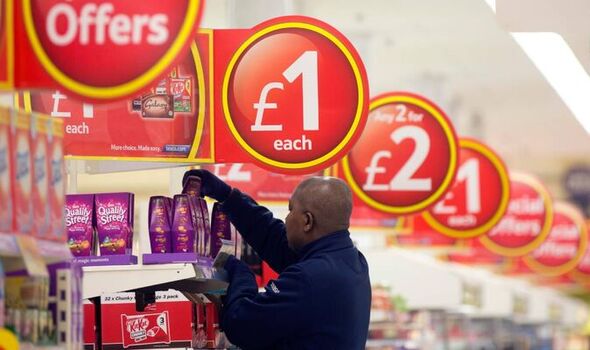 Which? demands chains make their offers clearer, insisting unit pricing is an important tool for people. Some versions of the same product can cost up to three-and-a-half times more per unit, the research revealed.

Which? found 72 percent of people could not work out the cheapest buy in a range of supermarket items.

In one example at Tesco, up to 17 different-sized versions of Coca-Cola were available with prices varying between 11p and 50p per 100ml.

Fruit and vegetables were given a price each, per pack or per 1kg. That made it difficult to compare prices.

There was confusing terminology per “piece” and “each”.

Many times the price per unit was shown but did not apply to an offer, promotion or other price reduction.

Sue Davies, from Which?, said: “Unclear supermarket pricing means the vast majority of people are left struggling to find the best deal.”

Which? approached the retailers but only Lidl and Waitrose responded.

Lidl said it “always endeavour to ensure pricing information is as clear as possible” while Waitrose stated it “regularly reviews all our products to ensure our unit pricing is clear so customers can save money”.