Sky Sports presenter Jacquie Beltrao has revealed how she often endured 30 hot flushes a day during treatment for breast cancer after her body was pushed into the menopause.

The TV reporter, who revealed in June 2020 that she was facing a second battle with the disease after doctors first diagnosed her with it in 2013, asked her followers on social media to ‘spare a thought’ for the hundreds of thousands of women in the UK who can’t take HRT to ease symptoms because of cancer treatment.

Responding to the current HRT crisis in the UK, which has seen a shortage of the drugs, Beltrao said she ‘felt sorry for people who couldn’t get their tablets but asked them to spare a thought for women who are not allowed to take them.’ 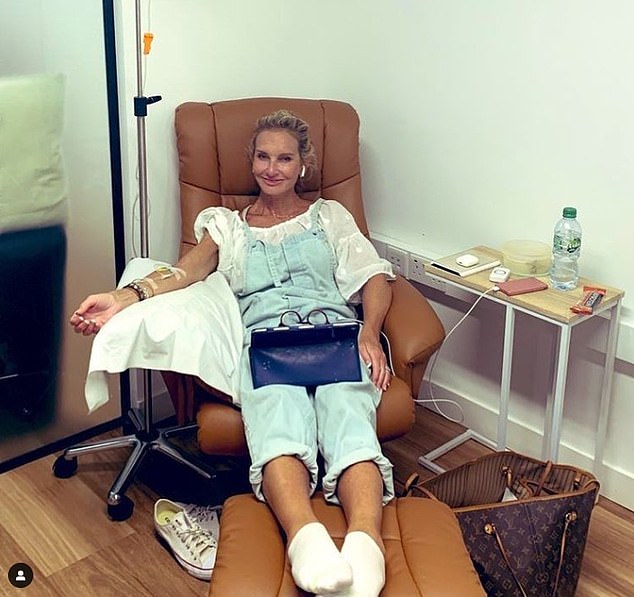 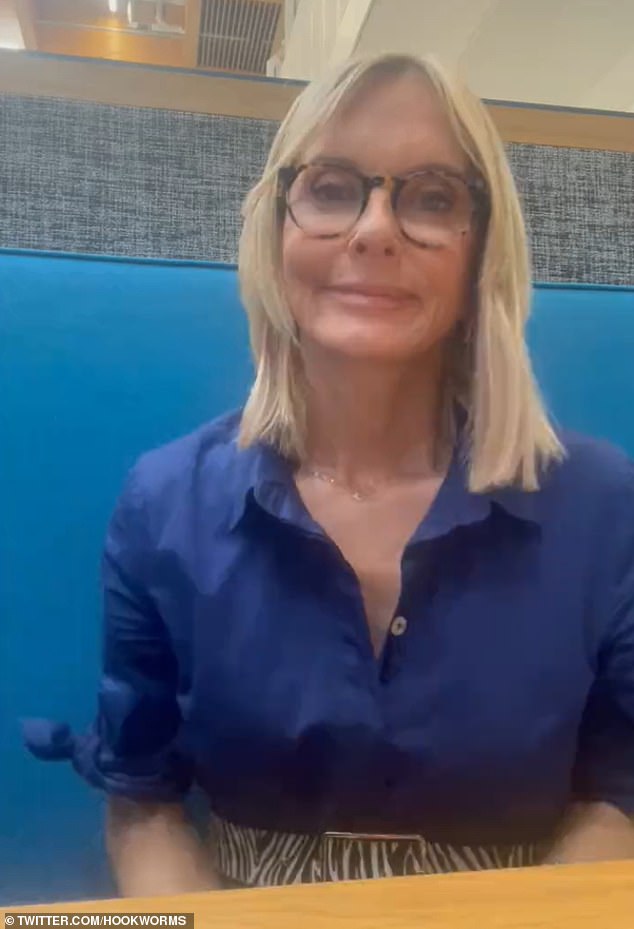 Addressing the current HRT crisis for women in the UK, the presenter, 57, asked her followers on social media to ‘spare a thought’ for women with breast cancer

Addressing her 110,000 followers on Instagram and Twitter in a video, the mother-of-two said: ‘I feel very sorry for women who can’t get their [HRT] tablets right now – the menopause is not funny at all, it’s a misery for a lot of people but spare a thought for women on breast cancer treatment.

‘A lot of very young women are thrown into the menopause early because of chemotherapy or because of the drugs they’re on.’

She documented her own experiences of going through menopausal symptoms while taking the breast cancer drug Tamoxifen, saying she remembers having ‘about 30 hot flushes a day because your menopausal symptoms are times ten when you’re on those tablets because they’re really crushing your oestrogen and hiding it.’ 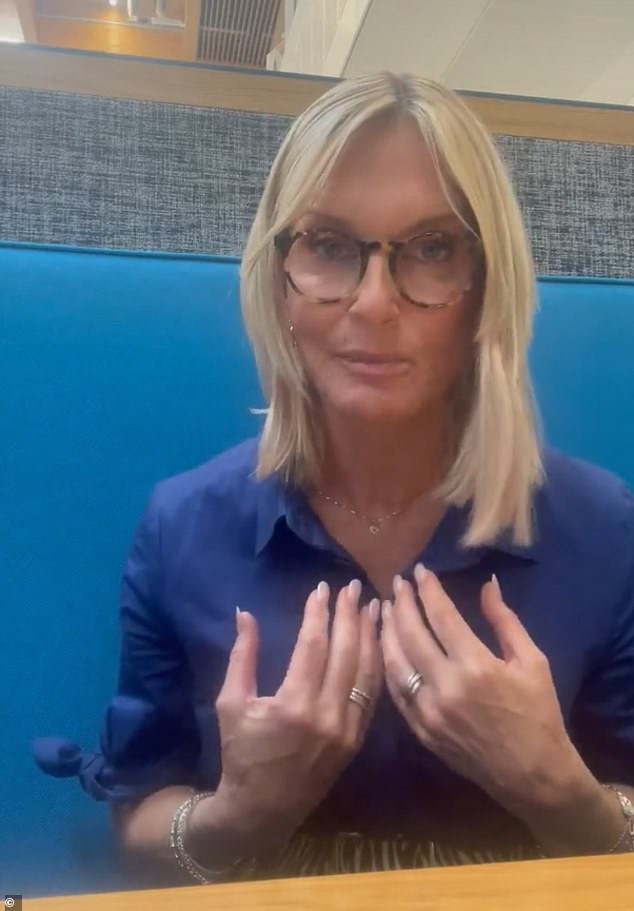 Of her own ordeal of menopause during treatment for breast cancer, the sports journalist explained: ‘I felt like I was having a panic attack every time I couldn’t sleep. My head was buzzing and my bones ached and they still do – there’s nothing you can do about it.’ 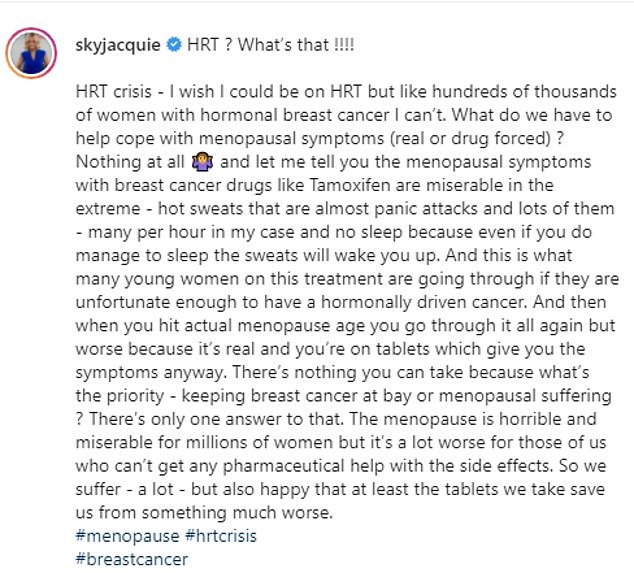 The sports journalist explained: ‘I felt like I was having a panic attack every time I couldn’t sleep. My head was buzzing and my bones ached and they still do – there’s nothing you can do about it.

‘There’s nothing you can do it about. I would love HRT, I’m just not allowed it because I have a hormonal breast cancer and there are hundreds of thousands of women out there in the same boat and you just have to get on with it.’

How does HRT work?

Hormone replacement therapy eases symptoms including brain fog, disturbed sleep and hot flushes by replacing hormones that are at a lower level as women approach the menopause. HRT can come in the form of patches, tablets or gels which are available on prescription through the NHS.

How much does it cost?

A single NHS prescription charge costs £9.35, or £18.70 if a woman needs two types of hormones. This is often provided on a short-term basis, meaning regular payments – once a month, or every three. The Government has pledged to make annual prescriptions available, but this won’t be implemented until next April. Many have now resorted to buying HRT for up to eight times the NHS price online.

Why is there a crisis?

NHS England data shows that prescriptions for HRT have more than doubled in five years following an increase in campaigning and media coverage. Besins Healthcare – which makes Oestrogel, used by 30,000 women in the UK – has expressed ‘regrets’ that ‘extraordinary demand’ has led to shortages. Other products have been affected as women switch to alternatives.

What can be done?

The British Menopause Society has advised women struggling to find Oestrogel to discuss other products with their GP. However, some experts have noted that women are often on a particular HRT regime that is specifically tailored to their needs.

Can the pharmacist help?

If a pharmacy is out of stock, a patient must first be referred back to their GP to be given a prescription for an alternative. The Royal Pharmaceutical Society has called for pharmacists to be able to make minor changes to a prescription to provide a suitable alternative. In addition, patients face a postcode lottery as pharmacies often cannot share stock with each other.

Is it dangerous to swap your HRT medicine?

Medical professionals have warned that sharing or swapping HRT products could lead to ‘serious side effects’ that can be debilitating, not least because different products will have different dosages. Trading with others also could mean accidentally using out-of-date medicine.

When will the crisis end?

Besins has said it is doing ‘everything we can’ to increase supplies to wholesalers and pharmacies across the country. The company said it is on track to meet growing demand in June.

What are ministers doing?

The Health Secretary has appointed an HRT tsar to help tackle the crisis. Madelaine McTernan, the woman responsible for securing Covid vaccines for the UK, will lead efforts to address shortages. Sajid Javid said he will leave ‘no stone unturned’ to make sure women get the HRT they need.

The former Olympic gymnast added that she felt sorry for people who couldn’t get their tablets but  asked them to consider how difficult it is for women who are not allowed to take them.

The HRT crisis in the UK has seen private menopause clinics seeing ten times as many patients as they were 18 months ago as women desperately try to access medication.

Experts said many women feel dismissed by NHS GPs who tell them they are ‘too young’ to be going through the menopause or wrongly diagnose them with depression.

GPs are under growing pressure due to a national shortage of HRT, particularly Oestrogel, which is used by around 30,000 women in the UK to help manage debilitating symptoms of the menopause.

HRT supply woes are an ‘insult’ 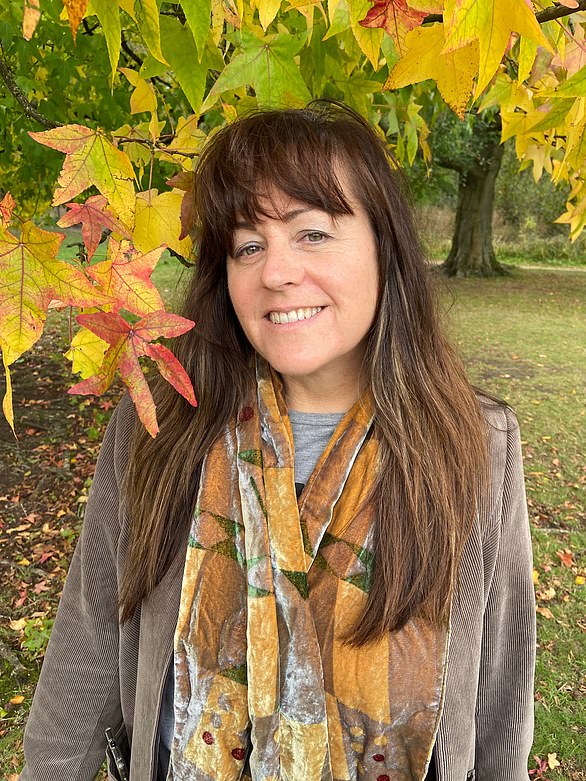 Freelance book editor Kerri Sharp had to pay £42 online for a month’s supply of Oestrogel after failing to find any at 12 pharmacies across London.

Miss Sharp, 61, who would normally get her prescription free because she is over 60, said several pharmacists told her they had seen up to 50 women who had been prescribed the HRT medication but were unable to get it.

She tried at least five online pharmacies before finding one that was rationing the oestrogen gel to a pack per order.

Miss Sharp, from Forest Hill, south-east London, said: ‘These are seriously debilitating issues that can affect your daily life.

‘It’s an insult and it needs to be sorted out.’

What your mask reveals about your personality

Mashed potato cooking mistakes we all make – according to Masterchef host