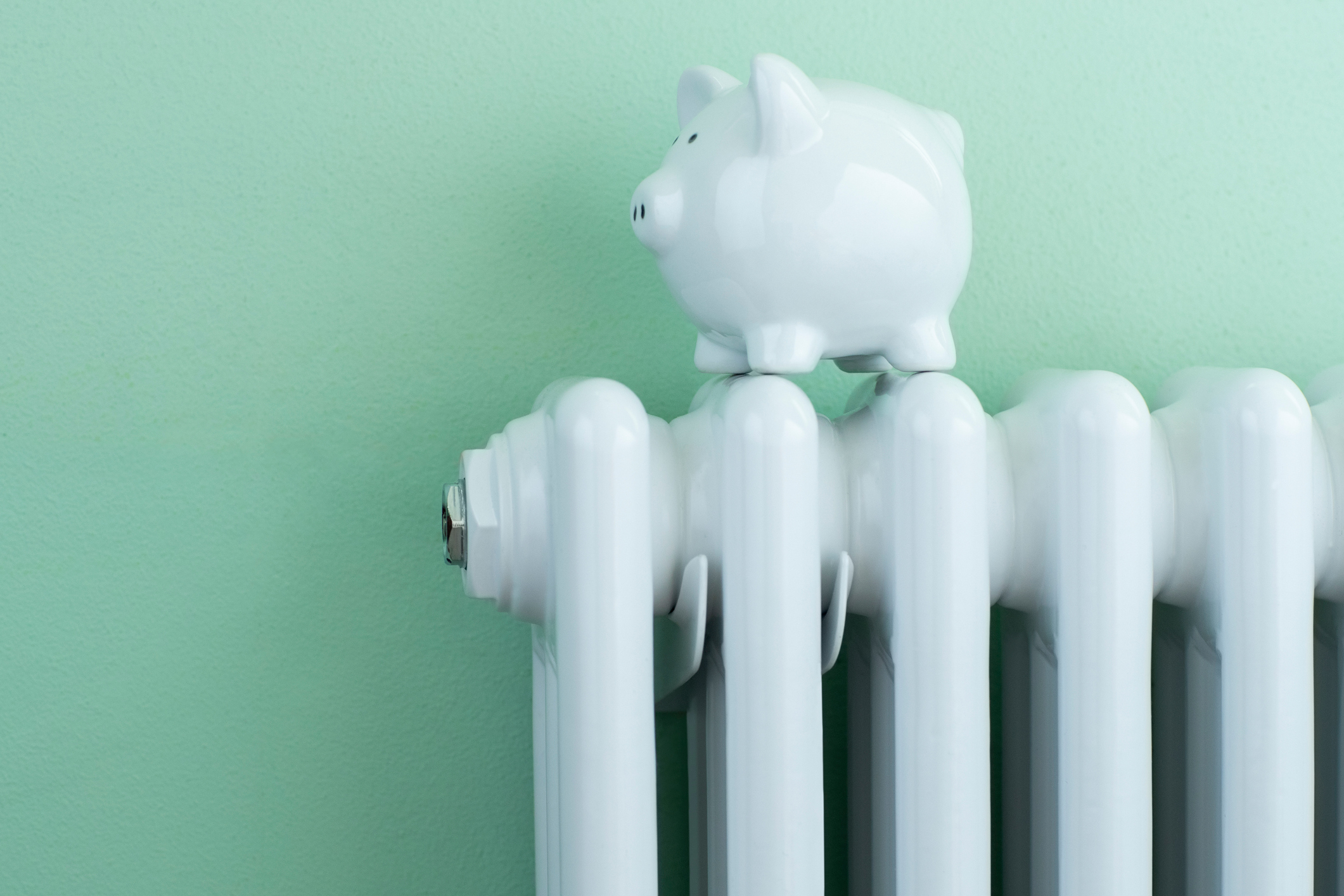 When you woke up today, the kettle full of water for your breakfast cuppa probably cost you 54% more to boil than it did just a few weeks ago.

That’s because Ofgem, the government regulator, has reset the cap that kept the lid on our energy prices until the beginning of this month, to reflect the huge rises in the price of oil and gas over the past few months.

The cap limited the amount that all energy suppliers could charge for electricity and gas, and the new cap that has been set is 54% higher than the old one, leading to average annual energy bills of £1,971 — with many being charged far more than this.

Unless you are currently on a fixed price tariff, chances are that you will be swallowing the full 54% increase, which will lead to far higher monthly bills for energy.

According to think-tank The Resolution Foundation, over 25% of households are now spending more than 10% of their budgets on fuel bills — the official definition of fuel poverty.

Bills are likely to rise again in October, when the fuel price cap is due to be reviewed again, and a recent survey from pollster Opinium shows that four in five families arealready concerned about rising prices.

Alexa Nightingale, head of financial services research at Opinium, says that people are facing a ‘concerning reality’, and may not be able to cover their rent or mortgage costs. 13% of people said they may have to skip meals to pay energy bills, while 10% said they may have to take on an extra job.

There is some support available for those struggling with energy bills. Those in council tax bands A-D will get a one-off £150 rebate on their tax, to pay for energy, while there will be a £200 discount on energy bills from October that will need to be paid back from next year, when gas prices are expected to fall.

If you are still struggling you may also be able to apply to your council or energy supplier for hardship funds or grants.

There are also things you can do to bring down your own energy costs.

While there is little to be gained from switching provider at present, you can help yourself by taking regular meter readings so that you know how much energy you are using, and by taking measures to reduce energy use and insulate your home.

Here are some simple ways to cut energy costs.

According to the Energy Saving Trust, if you have old-school incandescent bulbs, you will save £9 per bulb every year if you switch to LED bulbs. The average house has 67 light bulbs, making this potentially a huge saving.

If you are swapping out halogen bulbs, you will still save £3.50 per bulb per year, and LED bulbs typically last longer so you will need to spend less on replacements.

If you have dimmer switches, using them actually saves energy, because modern dimmers use something called a TRIAC switch, which effectively cuts the power to the bulb.

Remember to switch off

According to the Energy Saving Trust, turning off the lights when you leave a room will save over £20 a year.

Smart systems that also control the heating, such as Hive or Nest, can be used to turn off all the lights at once, or to turn them off and on, to a schedule, to save money and improve security.

Many of us are now on water meters so, whether we shower or have a bath, we will be paying for the amount of water we use as well as for heating it.

But bathe clever and you can save £££s. Swapping just one bath a week for a four-minute shower can save you £12 a year on your energy bills, according to the Energy Saving Trust.

You could also spend less time in the shower, saving £7 a year for showers cut one minute short.

Turn the thermostat down by a degree

Heating the home is one of the most energy-intensive things we do. Turning the thermostat down by just one degree could help you save up to £80 a year, according to Uswitch.

Heat only the rooms you are using

Thermostatic radiator valves and smart heating controls can help you prioritise your heating.

The EnergySavingTrust estimates this will save £30 a year.

Heat yourself, not your surroundings

An electric heated throw can allow you to switch off all of your heating if you work from home and get cold, and they cost around 3p an hour to run.

Plan how you cook

Heating food takes energy, and getting out of the habit of warming up a whole oven for a single meal will cut bills. Instead, microwave when you can. You’ll be heating a smaller space more efficiently and for less time.

But if you are heating up the oven, use it intensively — for example, cook cakes for packed lunches at the same time as dinner.

Use a slow cooker for stews, soups and even dishes such as bolognese. According to Uswitch, an average-sized slow cooker uses just 1.3 kWh per meal cooked, equating to 30p of electricity.

Put lids on your pans when boiling food on the hob. And remember, it’s more efficient to boil water in the kettle first, transferring it to the pan when cooking.

Electrical appliances use energy even when they aren’t being used.

Turning appliances off standby can save £55 a year according to the Energy Saving Trust. If it is too difficult to switch off all of your appliances at once you can plug them into smart power strips and then schedule them to turn off at night.

Ensure you turn off the laptop when you’re not working. Domestic energy use has risen considerably since we’ve started working from home, with energy use on computers up 80% since the pandemic, according to electricity provider Eon.

Use your white goods wisely

White goods such as tumble driers and dishwashers can be huge time savers — but now they need to be energy savers, too. Use these fuel-efficient tips:

Wash clothes at 30C, or 20C if not heavily soiled. The Energy Saving Trust says this cuts the cost of a cycle by 60%.

Your freezer needs to be full to work more efficiently. Also, dust and clean the coils at the back for optimum performance. If you haven’t enough food to fill up, milk cartons filled with tapwater will do the trick.

Switch from auto to eco-mode on your dishwasher, which runs for longer but at a lower temperature. Leading manufacturer Bosch says this simple change can save up to 523 kWh a year.

Run your (full) dishwasher instead of washing up by hand. According to ComparetheMarket, one dishwasher load is equivalent to filling four to six washing-up bowls in terms of energy and water use, suggesting that for a full dishwasher load, the machine is cheaper.

Let it all hang out

Use the sun and wind to dry your washing when you can. The UK weather is challenging — but you will save money by drying clothes outside whenever possible.

Tumble driers are far more efficient than they used to be but are still one of the most expensive white goods to use.

If you are buying a new tumble drier, the most energy-saving type is one that uses a heat pump. These driers operate at a lower temperature but conserve the heat they have generated. They are also slightly kinder to your clothes.

If you want more tips and tricks on saving money, as well as chat about cash and alerts on deals and discounts, join our Facebook Group, Money Pot.