The 21st poet laureate of the United Kingdom, officially appointed by Queen Elizabeth II, is Simon Armitage, 55, a critically lauded and popular poet from West Yorkshire in the north of England, whose work is taught in many British schools. 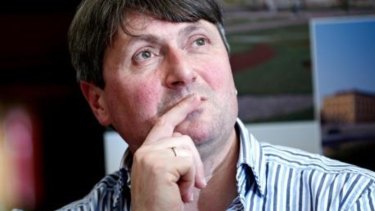 Simon Armitage has a northerner’s penchant for pricking pretensions and cutting things down to size.Credit:Neil Spence/Alamy

His appointment came two weeks after a report in The Sunday Times of London that the position would go to another acclaimed poet, Imtiaz Dharker. However Dharker, who was born in Lahore, Pakistan and spent her childhood in Glasgow, publicly took herself out of consideration.

Armitage told the BBC that he believed there had been "a lot of discussion behind the scenes" about whether it was right for the job to go again to a white man, and that he wanted to use it to amplify the voices of those from "diverse and disadvantaged" backgrounds.

The British laureateship is one of the most famous honours in literature, with a history of more than 350 years. Those reported to have been offered and refused the role over its long history include Walter Scott and Philip Larkin.