Shia LaBeouf decided to get handsy while out with his family.

The “Honey Boy” was photographed grabbing breakfast with his partner, Mia Goth, and their baby, when he decided to casually cop a feel of Goth’s breast.

LaBeouf, 36, appeared to decide that their green juices simply did not suffice when he opted to take his hand and give her a little squeeze — all while out in public with their child in tow in a stroller. Either before or after he made it to second base, the “Fury” actor also began to finagle with the waistline of Goth’s pants. 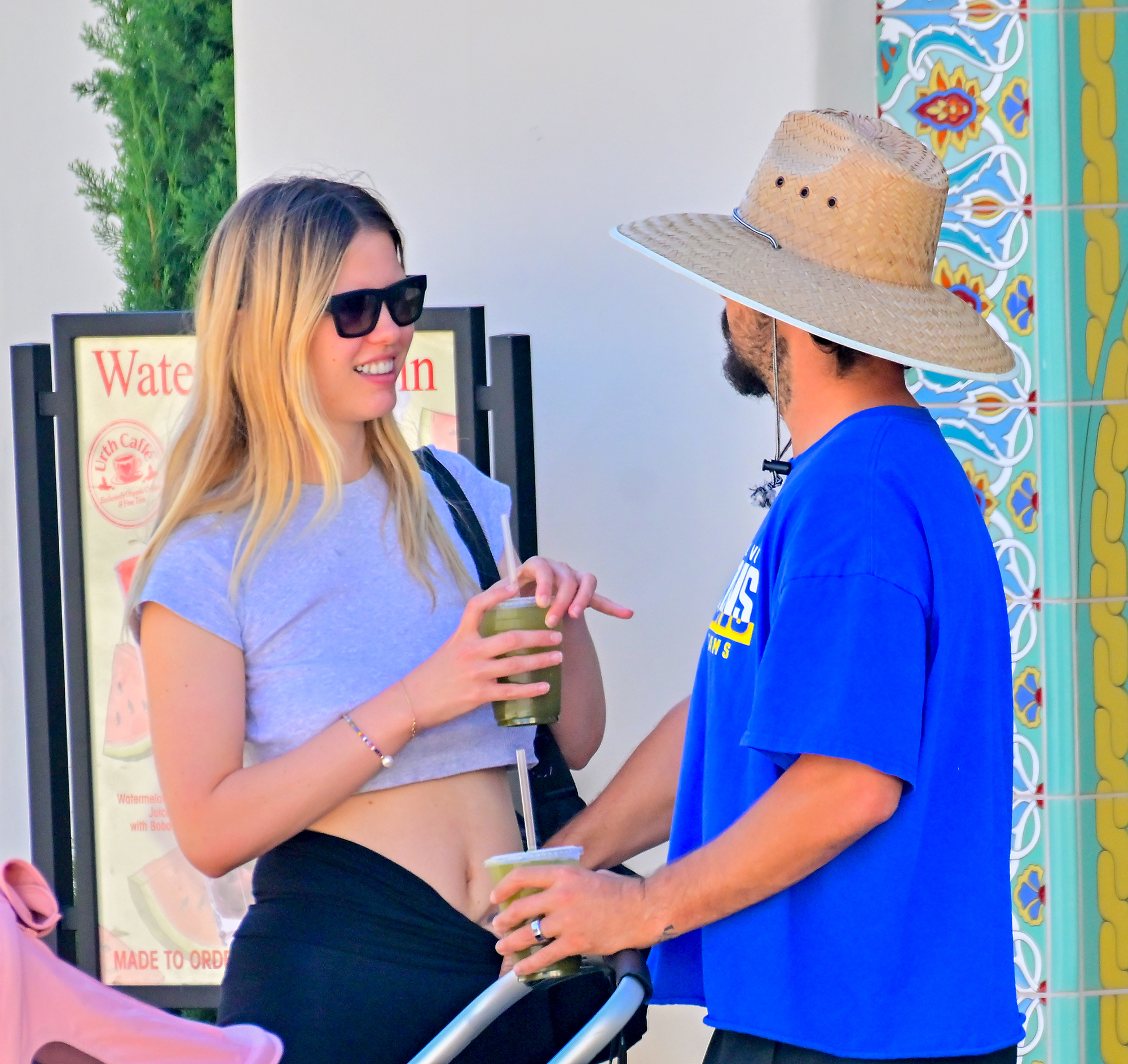 The sexual display comes as LaBeouf is pending trial for sexual battery against his ex FKA Twigs. The trial will begin in Los Angeles on April 17, 2023.

The “Cellophane” singer, 34, sued LaBeouf for sexual battery, assault and infliction of emotional distress in December 2020. 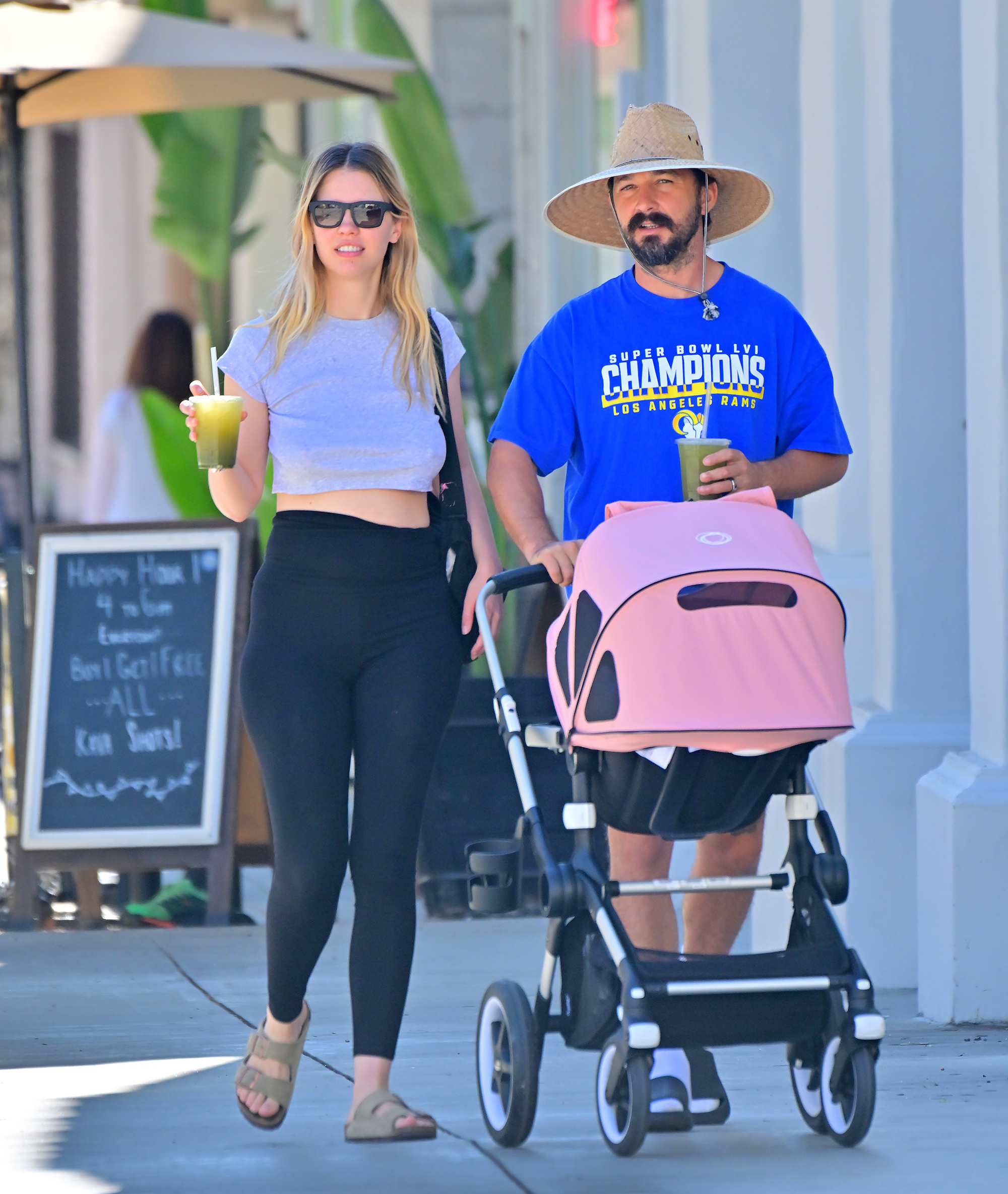 “I’d like to be able to raise awareness on the tactics that abusers use to control you and take away your agency,” Twigs told The New York Times after filing her lawsuit.

Born Tahliah Debrett Barnett, Twigs claimed in the lawsuit LaBeouf knowingly gave her a sexually transmitted disease. She also claimed he would grab her so hard, she would bruise. 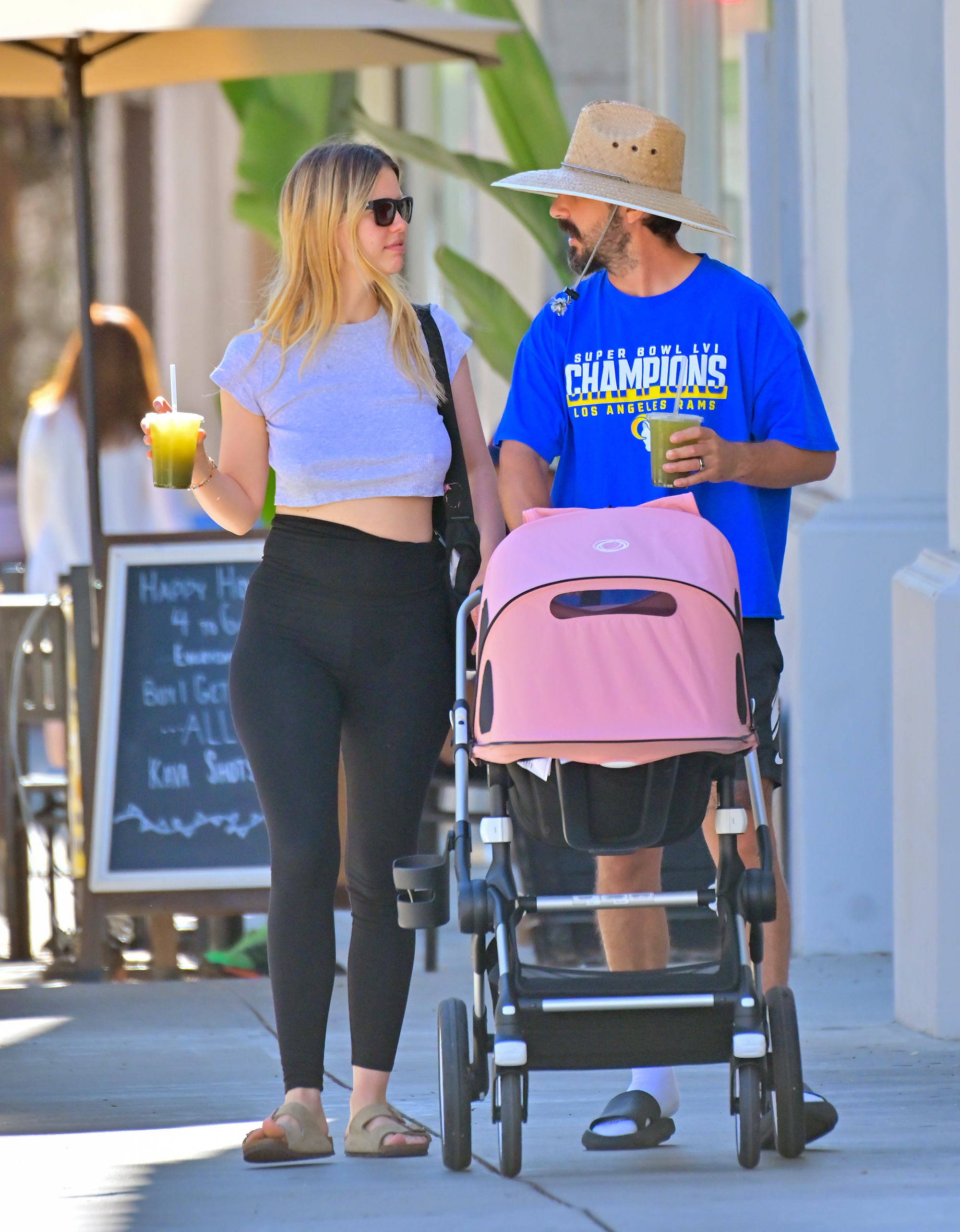 LaBeouf’s ex Margaret Qualley, whom he dated after Twigs, later told Harper’s Bazaar that she believed her. Unfortunately, that support system appeared to fall apart, as Page Six exclusively revealed that Twigs and Qualley, 27, recently got into a nasty argument over the lawsuit because Twigs hoped the “Maid” star would serve as a witness during the trial.

Sources say it’s unclear who approached whom, but the two women had an intense verbal dispute over the issue at the Hotel Bel-Air, and that Qualley’s fiancé, Bleachers singer Jack Antonoff, came to her defense.

Reps for Qualley declined to comment. Reps for Antonoff and Twigs didn’t respond to multiple requests for comment.