SARAH VINE: The case of morgue predator David Fuller was so evil that it’s changed my mind about the death penalty

All my life I’ve believed that the death penalty is unacceptable – a barbaric and out-dated act of vengeance that has no place in the modern world.

But that conviction has been sorely tested. The case of David Fuller, who not only took the lives of two young women – Wendy Knell, 25, and Caroline Pierce, 20 –but also admitted 44 charges of necrophilia, involving women and girls aged between nine and 100 in morgues across Sussex and Kent, is beyond the comprehension of most people.

And when I read the account of Nevres Kemal, the mother of one of Fuller’s victims, Azra Kemal, I felt an overwhelming sense of rage on her behalf, and on behalf of the families of all his other victims, which police fear may run into the hundreds.

After officers visited her home to tell her that the lifeless body of her beautiful, vibrant daughter had been violated not just once, but three times, by this monster – and that he had filmed himself doing so – she grabbed the nearest knife and ran to her local police station with the intention of putting ‘that knife straight through his heart because he’d put a knife through mine’. 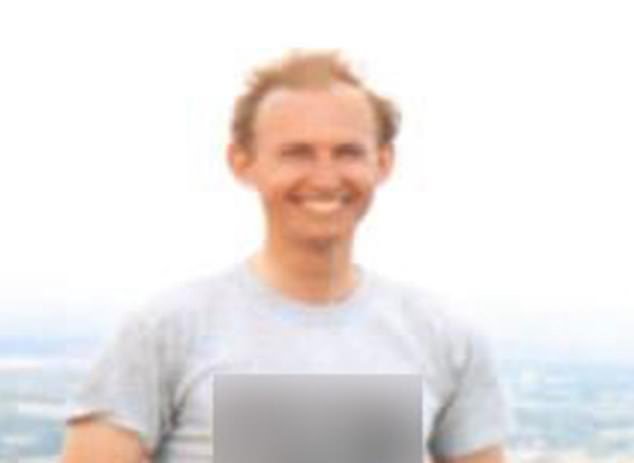 All my life I’ve believed that the death penalty is unacceptable – a barbaric and out-dated act of vengeance that has no place in the modern world. But that conviction has been sorely tested

Had that been my daughter, my beloved child, I would have done exactly the same. I would have been deranged with grief, blinded by fury, intent on avenging her with no regard for the consequences. It would have felt like the only sane response to such an insane act of depravity.

And I’m afraid that when I read that this poor woman, clearly delirious with emotions no one should have to suffer, was handcuffed and thrown to the floor by eight or nine officers and then confined to a cell for 34 hours, all I could think of was: ‘I wish she’d got him.’

Especially when you realise that the maximum penalty for raping a corpse in this country is just two years. And that life all too rarely means life, and even if it does, people like Fuller are held at Her Majesty’s pleasure – and the taxpayers’ expense – in conditions far more civilised than those afforded to their poor, forgotten victims.

There are some crimes which simply cannot be forgiven, some people who do not deserve the privileges of a civilised society. This man is one of them, an individual of such indescribable evil that he can no longer be considered a member of the human race.

By his actions he has rendered himself subhuman, and he deserves – in my opinion – the ultimate sanction and no mercy. His continued presence on the planet can only ever be an abomination.

That I should feel that way troubles me deeply. Opponents of the death penalty – and, remember, I’ve always been one – will disagree with me, of course.

Hell, a large part of me still disagrees with me.

In particular I have always worried that in countries where capital punishment does still exist, there is a terrible danger that an innocent person may be put to death. 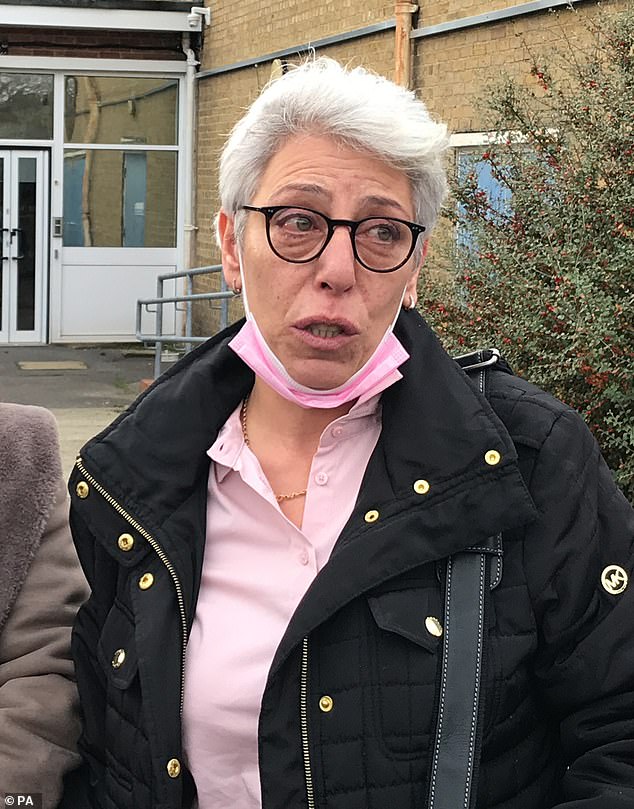 And when I read the account of Nevres Kemal, the mother of one of Fuller’s victims, Azra Kemal, I felt an overwhelming sense of rage on her behalf, and on behalf of the families of all his other victims, which police fear may run into the hundreds

And indeed that has, tragically, sometimes been the case.

But the evidence here is unequivocal. Time and again Fuller filmed himself carrying out these revolting acts, and kept careful records. He has not only taken life, he has defiled the sanctity of death.

Whatever may have driven this man to commit these crimes, the agony and suffering that he has inflicted is incalculable.

There has to be a price to pay, not just for the sake of the victims and their relatives, but for the sake of humanity itself. But there is no punishment on this earth that can meet that challenge.

It’s not pretty. But it’s true.

Staff at the Ministry of Defence have been instructed to state their pronouns during meetings. I can’t help wondering what my grandfather, who fought with the Chindits, would have made of that. ‘Name, rank and preferred pronoun, soldier.’ Not sure that would have cut much mustard with the Japanese.

John Major has called the Prime Minister’s handling of the Owen Paterson case in Parliament this week ‘shameful’. Seriously? John Major? Has he never heard the saying ‘people in glasshouses’?

ArchAeologists in Italy have discovered the remains of an extendable slatted bed at Pompeii, prompting comparisons with Ikea. I knew the Romans had a taste for cruel blood sports; but Ikea?

Even they couldn’t have conceived of such torture.

After reading the horrific story of Jacob Talbot-Lummis, a 16-year-old obsessed with violent video games who shot a school friend at close range in the face, leaving him with devastating injuries, I decided to see for myself what these games entail.

I spent a very unpleasant evening exploring the darker regions of the gaming world and it turns out that shooting people in the head is the least of it.

On November 19, Baroness Beeban Kidron’s Age Assurance Bill has its second reading in Parliament. The Bill seeks to ensure that Ofcom has the powers to set out a statutory code of practice ensuring that age verification for adult content is both effective and enforceable.

MPs have an opportunity here to do something that will protect future generations from this toxic influence. Let’s hope, for once, they show up and do their duty. 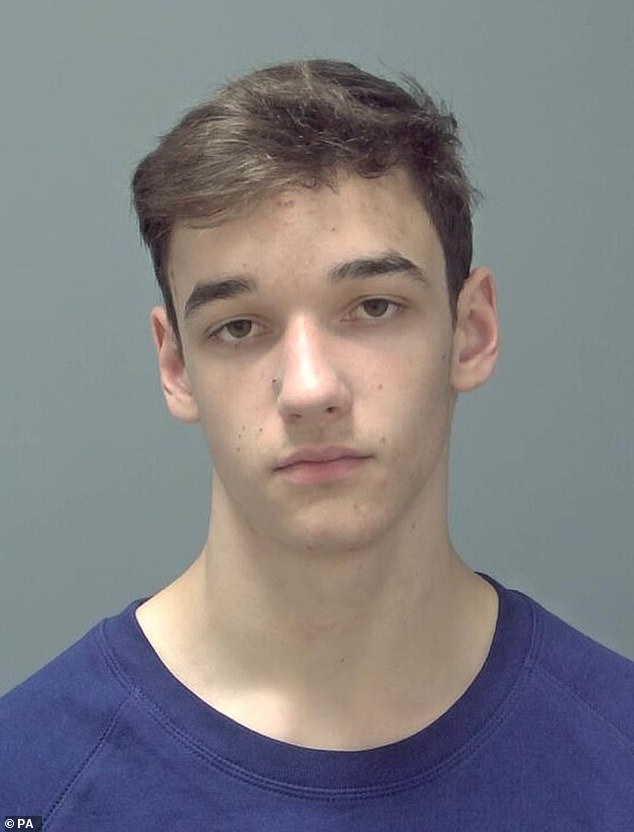 After reading the horrific story of Jacob Talbot-Lummis, a 16-year-old obsessed with violent video games who shot a school friend at close range in the face, leaving him with devastating injuries, I decided to see for myself what these games entail

Adele has sparked speculation about her love life after she was spotted in London wearing a ring on her wedding finger. If you ask me, far more questionable is the fact that the 33-year-old singer, left, was carrying a handbag that costs more than £3,000.

Firstly, I don’t care how wealthy you are, that’s a stupid amount to spend on a bag, especially one that small and boring; and second, if she is going to behave like the accessories version of Imelda Marcos, she might want to drop the coy ‘I’m just a girl from Tottenham’ act. It’s getting a bit much now.

The more I see of Education Secretary Nadhim Zahawi (who was instrumental in the rollout of the successful Covid vaccine programme) the more I like the cut of his jib. On Friday he took a swipe at teachers who bring politics into the classroom. ‘Schools should always remember impartiality,’ he said.

‘Any contested theory should not be promoted… and political groups like Extinction Rebellion should not be promoted in any school.’ Absolutely right. I hope now he will turn his attention to his own department which, it transpires, has handed almost £600,000 of taxpayers’ money to Stonewall over the past five years in exchange for promoting the organisation’s highly politicised trans agenda.

This crass archbishop is a let-down to all faiths

I don’t think enough has been made of Justin Welby’s spectacular idiocy in comparing failure to act on climate change to the Holocaust. I know it’s yesterday’s chip paper, and I know that he’s apologised – but how does he get away with it?

And how can we continue to have an Archbishop of Canterbury who not only displays crass insensitivity to other faiths (in this case Jewish people), but who also represents such a let-down to Britain’s ever-shrinking Christian community?

Walkers crisps are the latest to be hit by supply shortages, with demand for certain flavours outstripping supply. Being the mother of a teenage boy for whom cheese and onion represents a major food group, I have been aware of this for some time, after my local supermarket started rationing deliveries. Poor boy has been forced to eat fruit instead. Long may the drought continue!

Taylor Lewis: Boy, 5, with no legs and hands who has braved 84 ops