‘Sex and the City’ Cast Mourns the Death of Willie Garson

“It’s been unbearable. Sometimes silence is a statement. Of the gravity. The anguish. The magnitude of the loss of a 30 + year friendship. A real friendship that allowed for secrets, adventure, a shared professional family, truth, concerts, road trips, meals, late night phone calls, a mutual devotion to parenthood and all the heartaches and joy that accompany, triumphs, disappointments, fear, rage and years spent on sets (most especially Carrie’s apartment) and laughing late into the night as both Stanford and Carrie and Willie and SJ,” the Emmy winner, 56, wrote via Instagram on Friday, September 24, alongside a slideshow of photos of the pair through the years. “Willie. I will miss everything about you. And replay our last moments together. I will re-read every text from your final days and put to pen our last calls. Your absence a crater that I will fill with blessing of these memories and all the ones that are still in recesses yet to surface.”

The designer continued, “My love and deepest sympathies and condolences to you dear Nathen. You were and are the light of Willie’s life and his greatest achievement was being your Papa. These were his last words to me. “Great bangles all around.” Yes. Godspeed Willie Garson. RIP.” 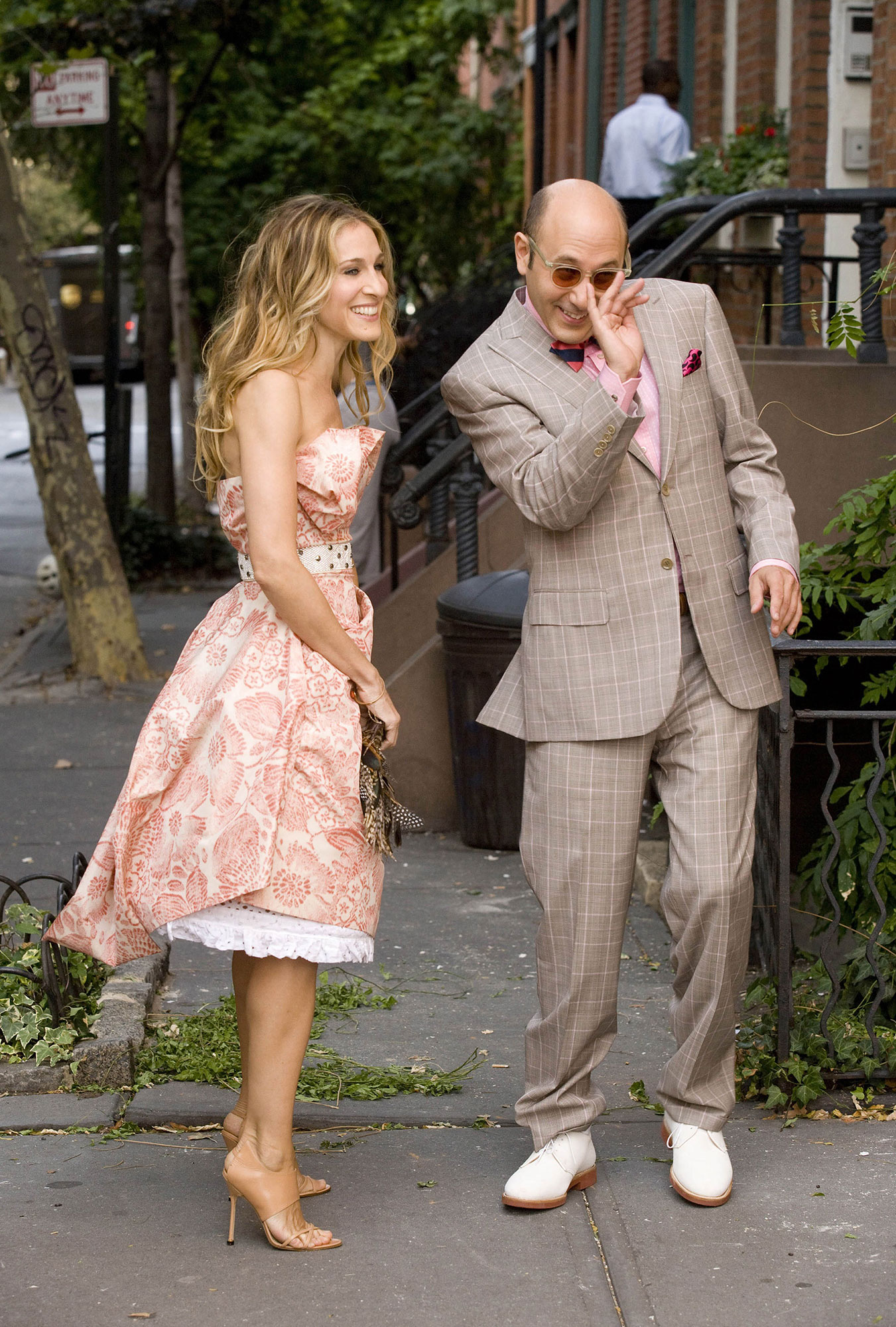 The duo portrayed best friends Carrie Bradshaw and Stanford Blatch on the series, which originally aired from 1998 to 2004. They each reprised their characters in the franchise’s films — Sex and the City and Sex and the City 2 — in 2008 and 2010, respectively.

Garson’s son, Nathen, confirmed via social media on Tuesday, September 21, that the White Collar alum had passed away. At the time, details about the cause of his death were not made public.

“I love you so much papa. Rest In Peace and I’m so glad you got to share all your adventures with me and were able to accomplish so much. I’m so proud of you,” Nathen wrote via Instagram. “I will always love you, but I think it’s time for you to go on an adventure of your own. You’ll always be with me. Love you more than you will ever know and I’m glad you can be at peace now. You always were the toughest and funniest and smartest person I’ve known. I’m glad you shared you’re [sic] love with me. I’ll never forget it or lose it ❤️😘.”

One month before the major loss shocked Hollywood, Garson was photographed on the set of HBO Max’s And Just Like That as he got ready to film with onscreen husband Mario Cantone. The 61-year-old comedian later honored the New Jersey native with a heartfelt tribute.

“I couldn’t have had a more brilliant TV partner,” Cantone tweeted. “I’m devastated and just overwhelmed with Sadness. Taken away from all of us way soon. You were a gift from the gods. Rest my sweet friend. I love you.” 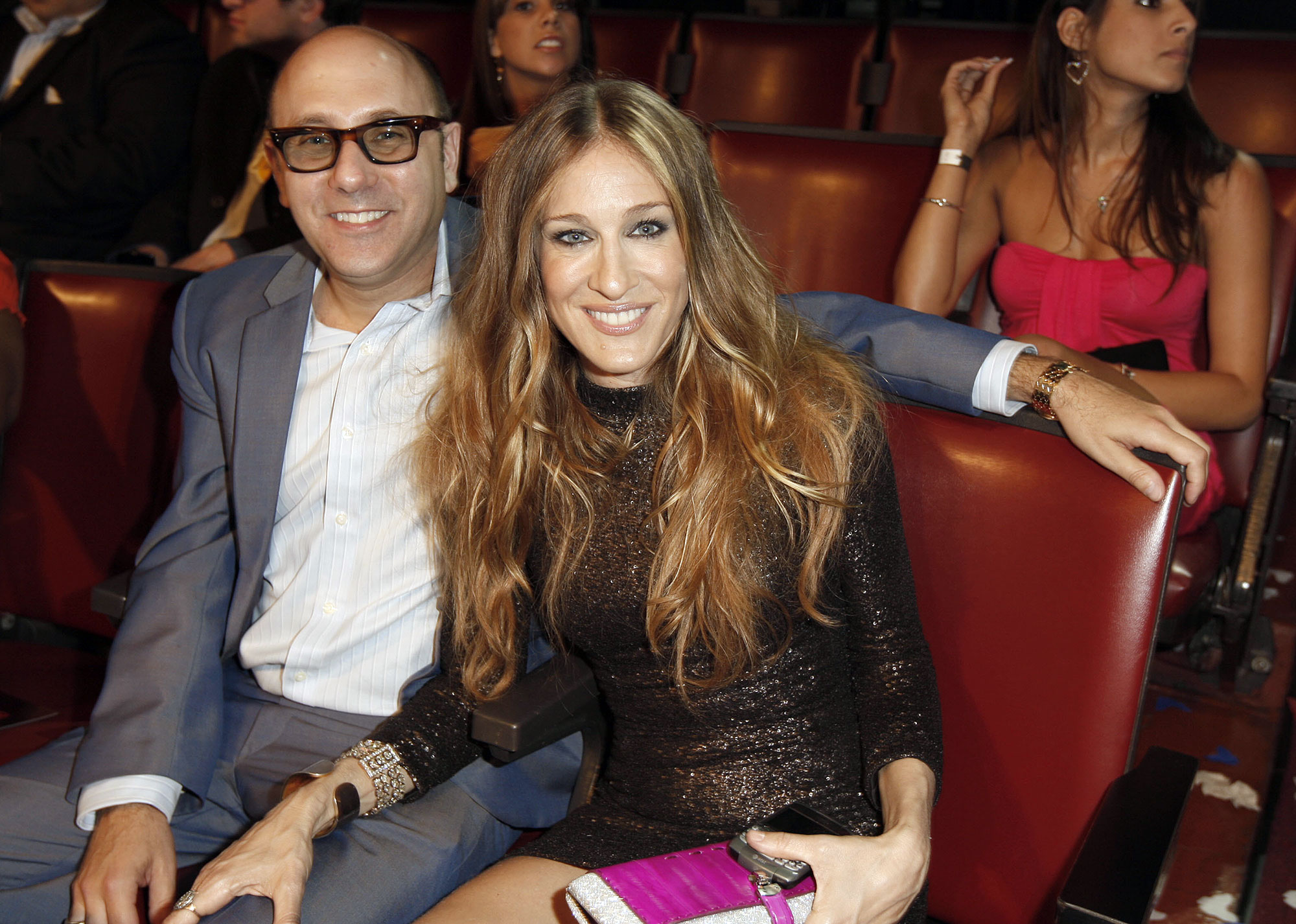 The follow-up series was confirmed in January. At the time, HBO Max noted that the show will feature Carrie, Miranda (Cynthia Nixon) and Charlotte (Kristin Davis) as they navigate the transition from complicated friendships in their 30s to even more complicated relationships in their 50s.

“These are not Sex and the City episodes,” Garson said of the new series in June, telling Us Weekly exclusively that the word “reboot” doesn’t do the story justice. “These are And Just Like That episodes. … It’s an easy thing to talk about, you know — remake, reboot, they use all these horrible words — and for us, I don’t believe it’s either of those things. It’s new episodes about people that we know and their lives now, which has nothing to do possibly with their lives 10 years ago.”

‘And Just Like That’: Everything to Know About the New ‘Sex and the City’ Series

Fans have been eager to catch up with Carrie and Stanford’s friendship when And Just Like That finally debuts. In the real world, the costars were just as close.

“If [you use] people who’ve been friends for 20 years, it really reads on the screen,” Garson told Entertainment Weekly of his chemistry with Parker in 2008. “Mostly it was just a lot of laughing. I, inwardly and outwardly, certainly am very different from the character. So it was a lot of us laughing. We could barely make it through scenes.”