Don’t hold out hope for Kim Cattrall’s return in the ‘Sex and the City’ revival. Sarah Jessica Parker confirmed ‘Samantha isn’t part of this story’ and addressed speculation about their feud again.

The Sex and the City revival will look very different from the original series and the two movies. Sarah Jessica Parker, 55, Cynthia Nixon, 54, and Kristin Davis, 55, will reprise their roles as Carrie Bradshaw, Miranda Hobbes, and Charlotte York, but Kim Cattrall, 64, will not return as Samantha Jones. The revival, titled And Just Like That, was confirmed on Jan. 10, and SJP directly responded to fans about Kim’s involvement in a series of comments. 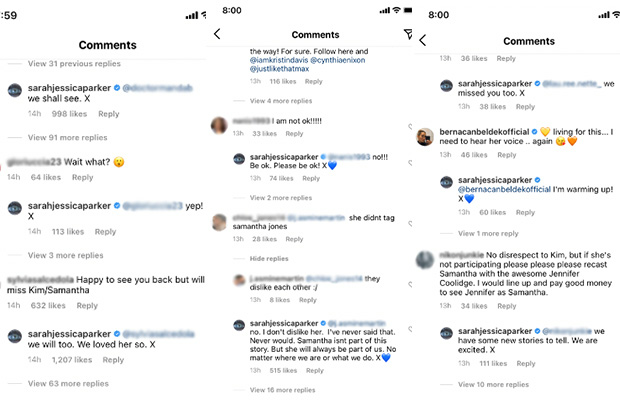 When a fan noted that SJP didn’t tag Kim in her Instagram announcement video, another fan wrote that Sarah and Kim “dislike” each other. Sarah replied, “No. I don’t dislike her. I’ve never said that. Never would. Samantha isn’t part of this story. But she will always be part of us. No matter where we are or what we do.”

Another fan admitted that she will miss Kim/Samantha in the upcoming revival. Sarah responded, “We will too. We loved her so.” One fan even asked to recast Samantha with Jennifer Coolidge. Sarah replied, “We have some new stories to tell. We are excited.”

Kim not returning for the upcoming HBO Max revival, which will consist of 10 new episodes and start shooting in late spring, shouldn’t come as any surprise to Sex and the City fans. Kim has been open for years about the fact that she does not want to return to the role of Samantha. Back in 2017, Kim responded to a Daily Mail report that she would only do a third SATC movie if Warner Bros. produced her other projects. “The only ‘DEMAND’ I ever made was that I didn’t want to do a 3rd film….& that was back in 2016,” Kim tweeted.

The broiling feud continued to spiral when Kim called out Sarah on Piers Morgan’s Life Stories in 2017 when discussing the failed third Sex and the City film. “This is really where I take to task the people from Sex and the City and specifically Sarah Jessica Parker in that I think she could have been nicer. I really think she could have been nicer.” Kim was determined to “end one chapter” of her life and “start another.”

Tragically, Kim’s brother died by suicide on Feb. 4, 2018. A few days later, Sarah sent her love to Kim and her family. “I can’t begin to know how her family is managing such a loss. We all send her our love and condolences and grant her the privacy that she’s asked for,” Sarah told Extra. 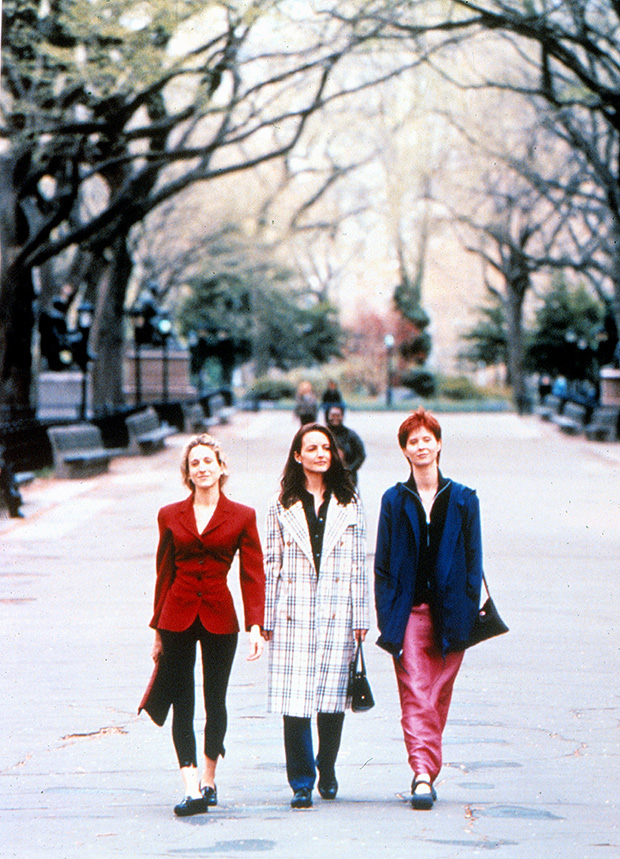 Kim responded with a scathing message to Sarah via Instagram. “Your continuous reaching out is a painful reminder of how cruel you really were then and now,” the Golden Globe winner wrote on Instagram. “Let me make this VERY clear. (If I haven’t already) You are not my family. You are not my friend. So I’m writing to tell you one last time to stop exploiting our tragedy in order to restore your ‘nice girl’ persona.”

A few months later, Sarah spoke about the ongoing tension with Kim. “I’d just like to remind everybody that there is no catfight,” she told Vulture. “I have never uttered an unkind, unsupportive, unfriendly word, so I would love to redefine it. I also want to remind everybody that there were four women on the set and I spent equal time with all of them, so this was not a set with two women who didn’t get along.”

The ladies did put the drama behind them in April 2020 for a good cause. All four of the Sex and the City stars called into The Bradshaw Boys podcast to show their appreciation for a frontline healthcare worker amid the COVID-19 pandemic. Kim has yet to weigh in on the HBO Max revival.

Ben Affleck Confirms He's Dating Again: ''HA, You Got Me''