A running coach has revealed how you can go from a beginner to completing a 5K race in just eight weeks.

Rory Knight, from London, who is an ambassador for the Royal Parks Half Marathon, which took place last weekend, advises to start small and progressively increase your distance – and says having a running partner will also make you more accountable.

However, the trainer, who is also the co-founder of running club Track Life LDN, suggests you need get out of your comfort zone otherwise you’ll never ’embrace the sweat’.

From tackling stairs in your training to doing one minute intervals of running and walking, Rory has shared his tips exclusively to FEMAIL to get you ready for running action… 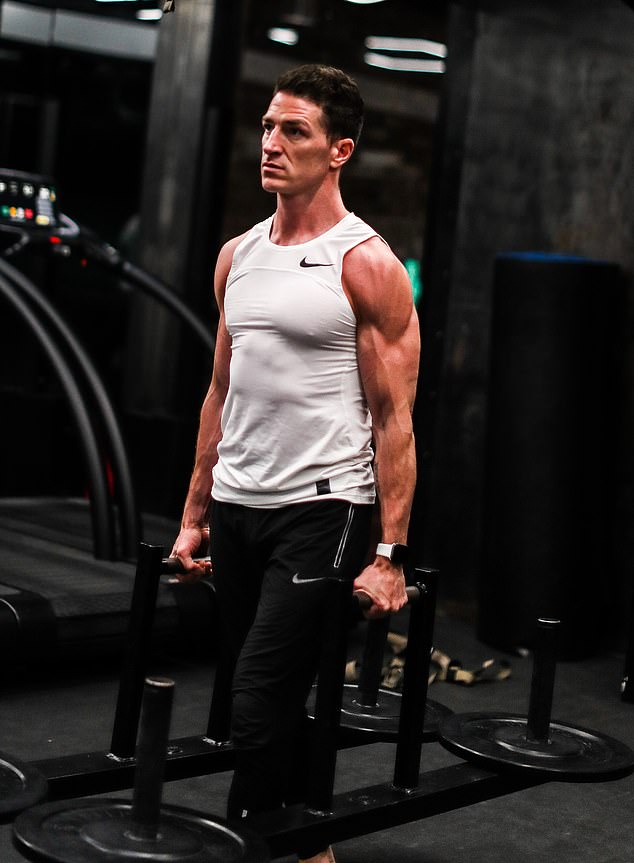 Rory Knight (pictured), from London, who is a Royal Parks Half Marathon ambassador, advises that even if you are slow at running, you should never call yourself slow – as it will just lead to negative connotations 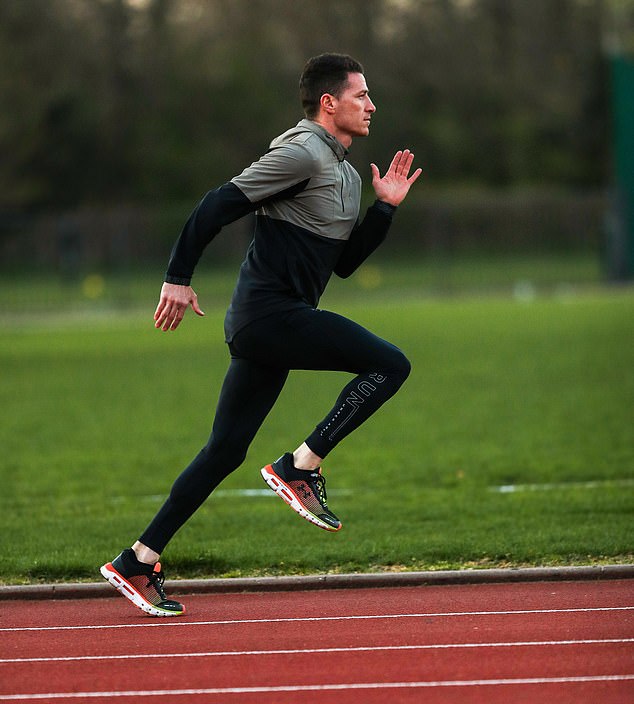 The trainer (pictured), who is also the co-founder of running club Track Life LDN, advises that you need get out of your comfort zone otherwise you’ll never ’embrace the sweat’

HAVE THE RIGHT MINDSET

Before you even lace up your trainers, the running coach says you need to get your head in the game.

‘Never call yourself slow,’ he explained. ‘You may not be as quick as somebody else, but the label of “slow” can have negative connotations.’

‘At all of our Track Life LDN sessions we have three pace groups – our fastest group, an intermediate group and a “Sexy Pace” group, which our less experienced runners love the idea of. Less slow, more sexy please.

He continued: ‘By all means use people who inspire you as a source of motivation, but do not compare yourself to others.’

‘Use your first run as a guideline to see where you are at, then watch how you improve over time. Replace negative talk of “I’m unfit and not quick enough” to positive talk of “I will get fitter and faster.” 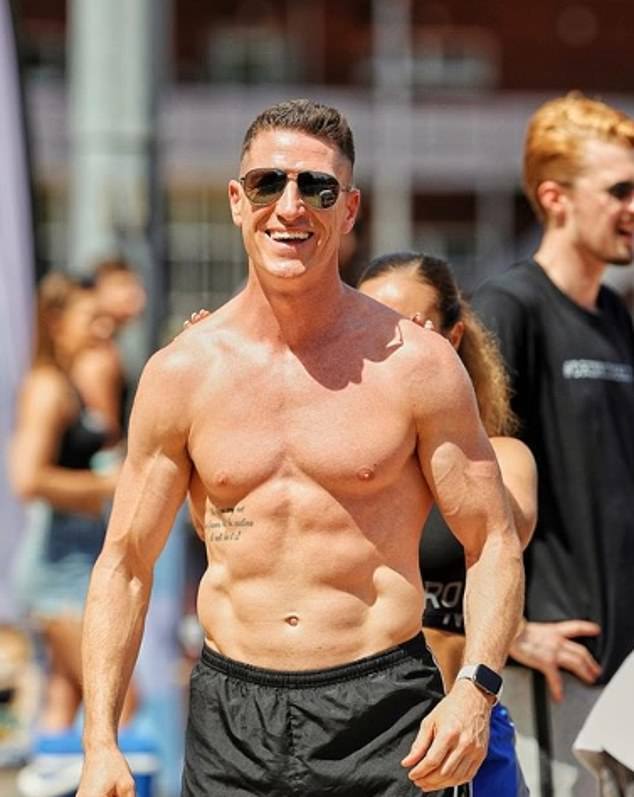 Before you even lace up your trainers, the running coach (pictured) says you need to get your head in the game 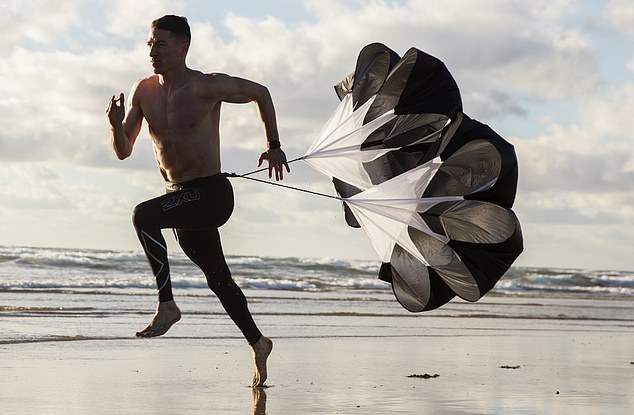 If you want to succeed at running, then the right trainers are vital, according to the expert.

‘Invest in a decent pair of running shoes that are appropriate for your style of running,’ he explained. ‘This does not mean they have to be the most expensive, but they should instantly feel comfortable on your feet,’

‘You take thousands upon thousands of steps when you run, with your feet being your point of contact with the ground. Wearing unsuitable footwear can lead to all sorts of problems further down up the line – including in your ankles, knees or hips.’

He also suggested other gadgets can help and said: ‘Ideally use an activity tracker (Apple Watch) or an app such as Map My Run to track your runs, as they serve as a digital diary to monitor your progress. ‘ 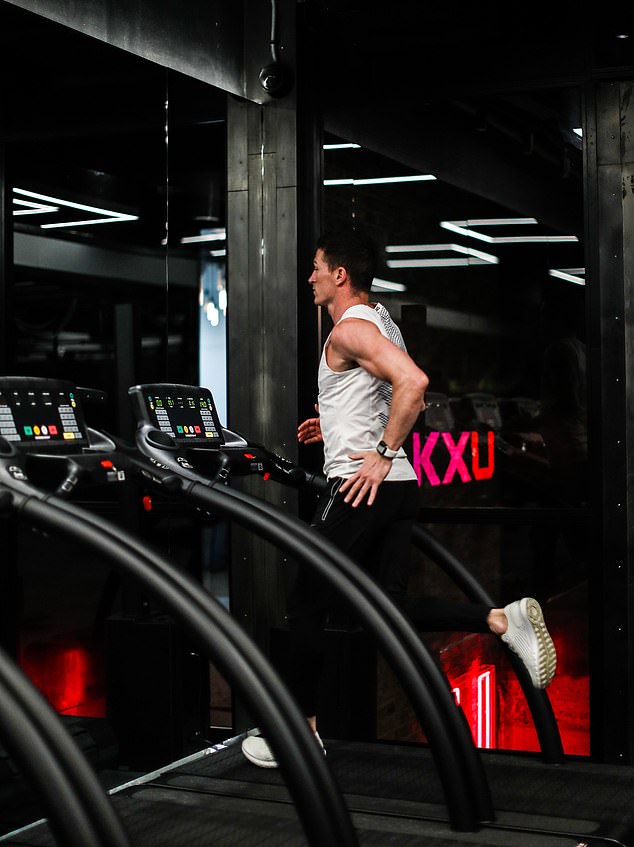 Rory (pictured) says that you take thousands upon thousands of steps when you run, so wearing unsuitable footwear can lead to all sorts of problems further down up the line

And running coach Rory says if you’re a complete novice, use your first run as a benchmark.

‘Do this by timing how long you can run for without having to stop, and look to increase the duration by a minute or two every week,’ he explained.

‘Alternatively, you can use a point of reference on your route (i.e. a particular landmark) and try to gradually cover a little more distance every week by reaching a new landmark or point of interest.

‘I would mix this up with interval style runs, where you run for one minute, and walk for one minute for between 20-30 minutes (depending on your current fitness level).

‘Aim to increase the running component by one minute every week i.e. week two would be run for two minutes, walk for one minute.’

He added: ‘Tackling stairs are a great way to build aerobic endurance, strengthen your legs for your runs and build mental resilience. After tackling stair repeats, you will feel so much fitter and stronger when you are running on a flat surface.’

‘Try to powerfully walk up some stairs for 30 seconds, then rest for one minute, repeating 10 times.’

‘Work at an intensity where you need to earn the recover each time. Utilise your glutes (bum muscles) fully by straightening your lead leg and driving tall on every step.’

Ryan says to start small and look to progressively increase your distances and pace.

‘Whatever speed you are running at though, pay particular attention to your form and technique,’ he explained.

‘Everyone knows how to run, but do you really know how to run? At our running sessions we pay a lot of time breaking technique down with drills designed to get people moving more efficiently, ultimately enhancing their running technique and reducing the risk of injury.’

He continued: ‘Be smart and ease yourself in, initially at least. However, progression rarely occurs by remaining in your comfort zone for too long, so embrace sweat, and the feeling of doing something that makes you feel uncomfortable.’ 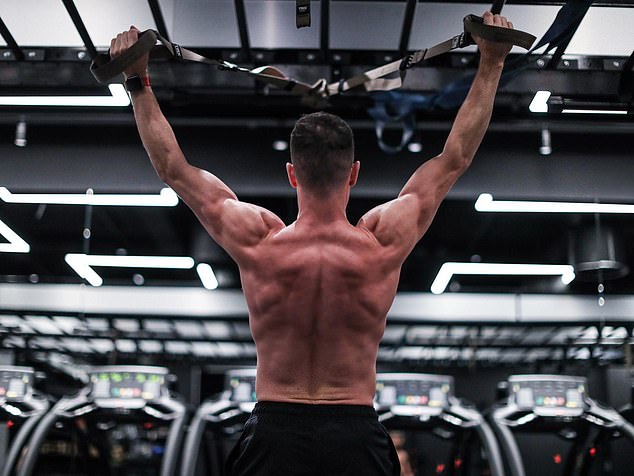 Rory (pictured working out), who is a PT and coach, says whatever speed you are running at you need to pay particular attention to form and technique

Making something part of your life, rather than a guilty little secret, will make it more of a sociable activity, the expert says.

‘Having a running partner – or even better finding a running group or community – makes everything so much easier,’ explained Ryan. ‘Accountability, or the fear of not letting someone down, should greatly reduce the likelihood of you bailing out.’

‘Ideally seek out someone of a similar level or ability, particularly if you are married to/in a relationship with said individual and want to avoid a divorce or breakup.’

‘With your warm up, the bare minimum requirement should be to start running at an easy pace and spend the first few minutes gradually ramping up the intensity, to progressively increase your body temperature and elevate your heart rate,’ Ryan explained.

‘Always cool down after a run, stretching your quads, glutes, hamstrings and calves.’

Meanwhile, he says interval running is a great way to mix up your running and improve your overall ability when it comes to race day.

‘Intervals can be great for new runners, particularly if the intensity is controlled,’ he said. ‘I would avoid sprinting at maximum effort however, until your body is more accustomed to your new found love of running.’

‘Instead aim for intervals alternating between say, one minute hard, one minute easy recovery, then repeat 10 times.’ 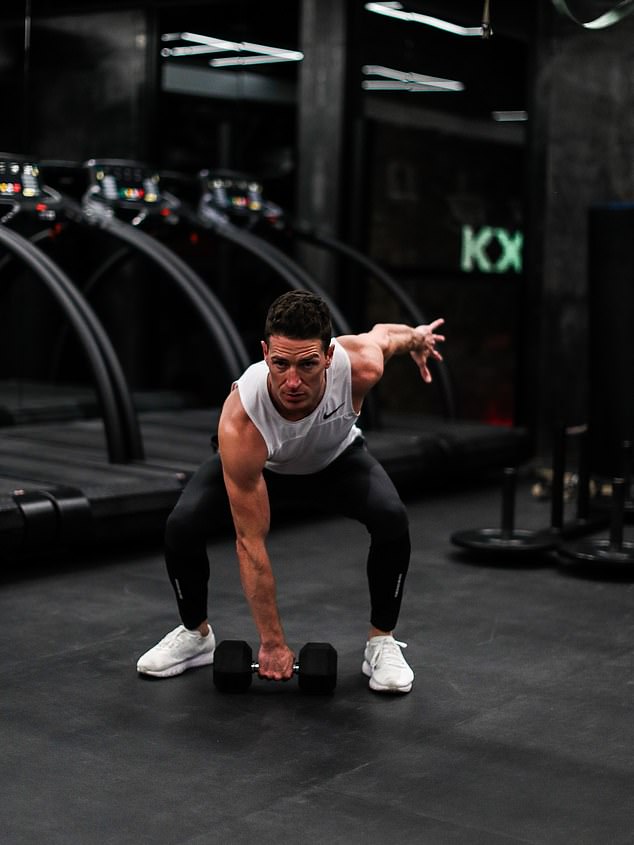 Making running a part of your life, rather than a guilty little secret, will make it more of a sociable activity – so Rory advises you to take a friend with you or sign up to a running club 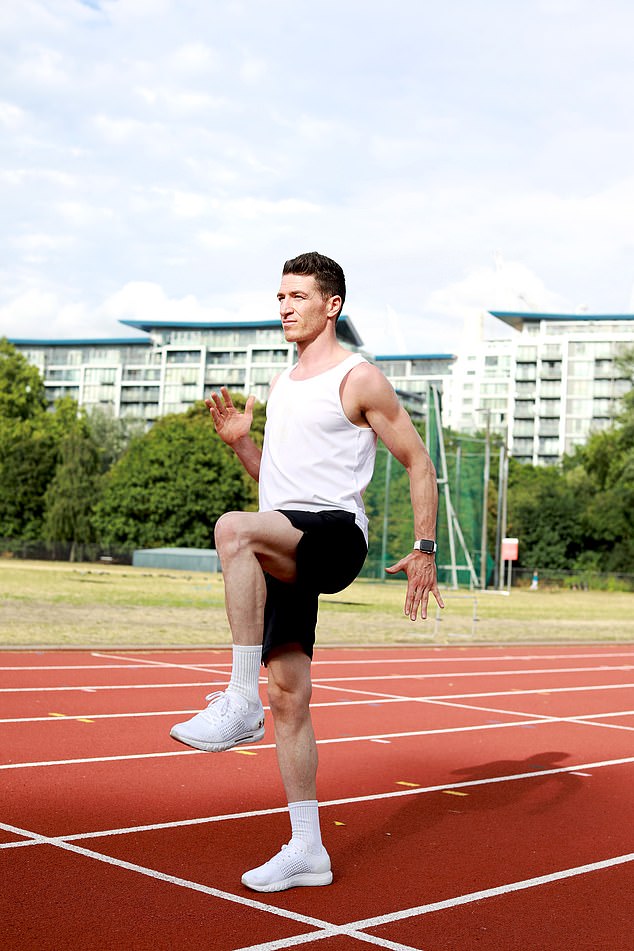 To get 5K ready you should be running three times a week, gradually increasing the distance and intensity of your sessions, according to Rory.

‘I know lots of runners who used to perceive running a 5k or a 10k to be a daunting distance, who now regularly complete half marathons or marathons,’ he explained.

‘You’d be amazed at how quickly you will improve your athletic ability and mental resilience, through consistency and commitment.’

‘Depending on your current level, allow six-eight weeks of consistent training to be able to serve yourself justice over a 5k or 10k distance. Any greater distance, allow 12-16 weeks.’

How to prepare for a longer run

If you’re preparing for a longer run, such as half marathon or actual marathon, Rory advises you to rest up the week before.

‘You should be tapering down your mileage and reducing the intensity of your training sessions in order to be fresh and raring you go when you step onto that start line,’ he explained. ‘Lots of stretching and foam rolling.’

He also says you should use your training runs to test how you fuel your runs.

‘Everyone’s metabolism is different so you have to use a degree of trial and error to optimise your race day strategy,’ he explained.

‘Generally speaking, aim to eat a 3:1 ratio of complex carbohydrates to protein, two-three hours before your long run. Gels and energy blocks are essential for some and unnecessary for others.

‘To avoid any unfortunate stomach mishaps, trial these on your training runs, rather than on race day.’

And finally, Rory says you should also prepare yourself practically and mentally for the big day.

‘Visualise yourself successfully crossing the finish line and achieving your goal, without putting yourself under too much unnecessary stress or pressure,’ he said.

‘You’ve put the hard work in in your training, it’s time to get out there and relish the occasion.

‘Also prepare your race kit the day before so that you can get a good night’s sleep and wake up on race day, fully prepared both physically and mentally.’