Out with the old, in with the new. There are big changes coming to Riverdale in its upcoming 5th season.

Riverdale showrunner Roberto Aguirre-Sacasa took to Twitter on Thursday, September 3, to spill the dirty details on what’s to come. The 47-year-old noted that the cast is doing their “next two table reads today via Zoom.” He also said that they will “say goodbye to high school and hello to…,” adding a string of emojis including a rocket, a snake and a skull with crossbones.

Aguirre-Sacasa’s social media statement was accompanied by two graphics. The first image teased season 5’s third episode titled “Graduation,” in which the Riverdale crew will finally graduate from high school. The episode was originally expected to air toward the end of season 4, but the global COVID-19 crisis ultimately halted production and the season was cut short. 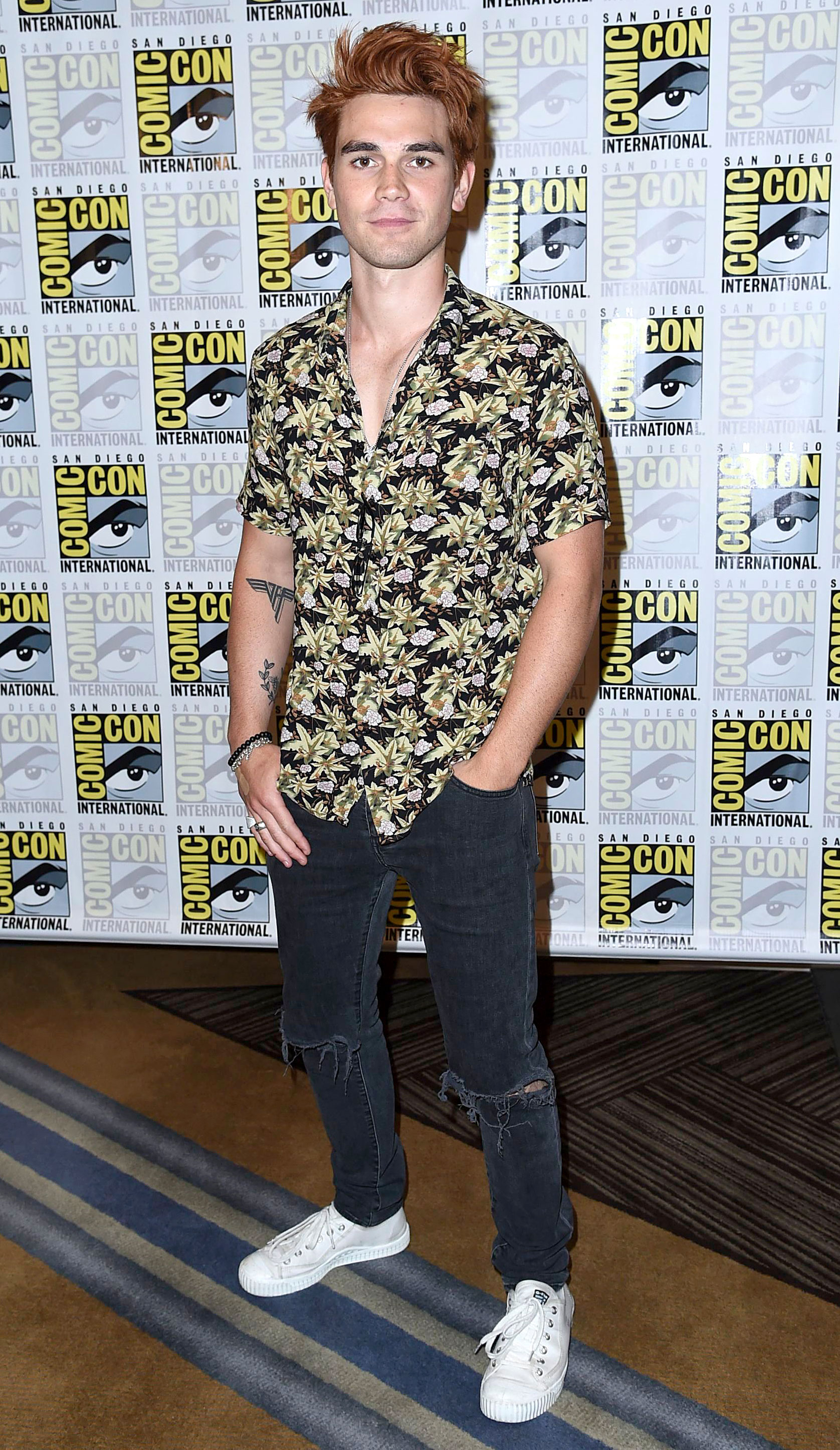 TV Shows Gone Too Soon: ‘The Society’ and More

The second teaser poster for an episode titled “Purgatory” was very ominous. The photo featured Betty, Veronica and Jughead standing over a grave, while an enlarged shot of Archie’s head was above them. The red-headed character is seemingly wearing military gear.

Aside from the major storylines to come, the fifth season will also feature a seven-year time jump. Additionally, cast members Skeet Ulrich (F. P. Jones) and Marisol Nichols (Hermione Lodge) have exited the show. Although they will return in the beginning of the season to wrap up the three episodes that were meant to take place in season 4, they will not appear in the episodes post-time-jump.

Riverdale ended its fourth season earlier than planned on May 6 with a cliffhanger. The CW teen drama had suspended production in March after a crew member working on the series was potentially exposed to the novel coronavirus.

From TV Shows to Music Festivals: How Coronavirus Is Affecting Hollywood

Deadline later reported in June that Riverdale could potentially resume production relatively soon as COVID-19 restrictions eased in Canada, where the series films. Madelaine Petsch, who plays Cheryl Blossom, initially told Us Weekly exclusively that she didn’t know exactly when they would be able to return to set.

“I think it’s still up in the air,” she told Us in July. “I think until this whole pandemic settles a little bit, we can’t. It’s not really a topic that I think things change on the daily right now. As you know, I mean, everything is still up in the air. So I feel, like, we’re just hold[ing] on for dear life.”

Australia loses one of its classical greats, Barry Tuckwell