The reality star slammed her ex-best friend after she made comments about their friendship-turned-feud.

On Monday, the “RHOC” alum took to Twitter to blast Shannon after she made comments about their friendship-turned-feud in a recent interview, including that she didn’t want Tamra to come back to the Bravo series. 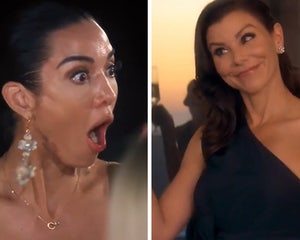 “STFU you victim-liar! Not engaging is ‘no comment,'” Tamra, 54, tweeted alongside a clip from Shannon’s conversation with Access Hollywood’s “Housewives Nightcap.”

While speaking with “Housewives Nightcap’s” hosts Emily Orozco and Lauren Herbert, Shannon, 57, gave a simple reply when she was asked if she had felt “hopeful” that Tamra and former OC Housewife Vicki Gunvalson would be starring in Season 16 of “RHOC,” which premieres on Wednesday.

There appeared to be a falling out with the Tres Amigas after Tamra and Vicki’s departure from the Bravo series following Season 14 in 2019. The two announced their exits in January 2020.

“[Tamra] was my best friend for six years,” Shannon said on “Housewives Nightcap.” “After she left the show, she’s been out there in the press quite often, saying things about me that are untrue. So, I’ve chosen to not engage and not address it.”

“It’s over and over and it’s still happening,” she explained. “We’re almost at the two-year mark, so it’s sad. … We did have a lot of fun. And so that’s what does make it suck.”

Tamra has spoken ill about Shannon in the media on multiple occasions.

Back in February, while appearing on the “Everything Iconic with David Pellegrino” podcast, Tamra described Shannon as “very aggressive.”

“If she’s mad, she calls and screams and yells,” she said of her former co-star. “So, that goes across the board to us or production or whoever.”

Meanwhile, per Page Six, Tamra recently left an Instagram comment in which she accused Shannon of cutting ties with her after she left “RHOC.” The former Bravo star also slammed Shannon’s ability to maintain friendships.

“All I’ve ever said is that she stopped talking to me shortly after I got let go (Vicki too) & how bad it hurt me when I needed her most,” she commented, according to the publication. “I was always there for you. IF THE TRUTH HURTS SO BE IT! You s— on me! That’s why you can’t keep friends.”

“I spent so many years talking you off a cliff all hours of the night!” Tamra added. “Protecting you, doing your dirty work, making [excuses] for you. Shame on me!”

Tamra and Vicki teamed up again on-screen to shoot Season 2 of the Housewives Peacock spinoff series, “The Real Housewives Ultimate Girls Trip,” which is set to premiere next year. (Season 1 of the series began streaming earlier this month.)

As for Shannon, she will be seen in the new season of “RHOC.” Joining Shannon are returning cast members Emily Simpson, Gina Kirschenheiter and Heather Dubrow, who previously left the show in 2017, and newcomers Jennifer Armstrong and Noella Bergener.