In her youth, Judith Lucy harboured dreams of being an actor. Her imagined life in the footlights didn't pan out – don't fret, she's doing fine – but the one and only acting job she ever scored was through the tiny Carlton theatre of La Mama. The play "was basically referred to as a junkie soap opera and I was in fact one of only two characters in a very large production who didn't have to take their clothes off." 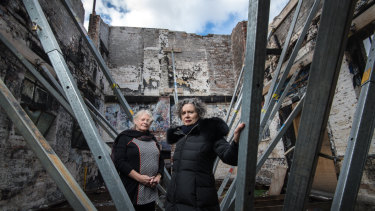 Liz Jones and Judith Lucy in the ruins of La Mama theatre.Credit:Justin McManus

When Lucy did turn to stand-up, La Mama was again there to foster her ambitions. She shared a bill with a performance poet named Crinkle. "The name of the production, and I'm going to say this was entirely his doing, was Wow x Lime Green = Bwilliant. So basically I would do comic monologues and he would do poems. Very strange bedfellows and it turned out he was a raging heroin addict which, because I was so young and naive, I didn't actually put together until much later. God love him."

Then came her first-ever solo stand-up show. No Waiter, I Ordered the Avocado set her on track for a career that would soon make her a household name. It premiered at La Mama, too.

Lucy's relationship with the venue is extensive. Before she'd even begun performing there she worked front of house, serving coffee and getting the fire going in the courtyard before the shows began. She's kept in touch over the years, too, compering the venue's 50th birthday celebrations in 2017.

A year ago today, La Mama Theatre burnt down. In the early hours of the morning a fire ravaged the historic venue. The emotional impact the disaster had on several generations of Melburnians was tremendous. "I was upset," says Lucy. "When I realised how devastating the fire had been I couldn't believe it."

La Mama Theatre opened its doors in 1967. Founder Betty Burstall had fallen in love with the miniature "coffee house theatres" of New York that have since become known as off-off Broadway. When she returned to Melbourne she was determined to create a similar space and leased the building at 205 Faraday Street, Carlton, for $28 a week. The space could only fit 50 or so audience members, but would grow in reputation far beyond anyone's expectations. 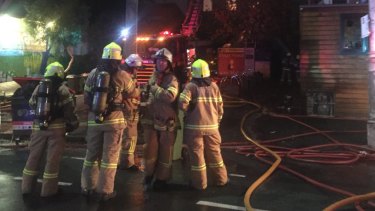 More than 50 firefighters took about 40 minutes to bring the fire at La Mama theatre under control a year agoCredit:Metropolitan Fire Brigade

Despite its tiny dimensions, La Mama looms large in the history of Australian theatre. When Julia Zemiro was growing up in Sydney she learned about the place while studying Australian playwrights, many of whom had got their starts at the Carlton venue. She moved to Melbourne to study acting in the 1990s and was soon a La Mama regular, first in the audience and eventually in front of it.

The roster of artists who began their professional careers at La Mama is too long to print here, but here are a few you might recognise: David Williamson, Cate Blanchett, Max Gillies, Jack Charles.

Richard Frankland is another. The award-winning playwright, filmmaker and musician credits La Mama for his early successes, especially Liz Jones, who replaced Burstall as artistic director in 1976.

"Australia's a troubled country when it comes to race relations and La Mama and in particular Liz Jones recognised the importance of trying to unravel the cultural tapestry of this nation by enabling First Nations people to get their voice onto the stage. She was a great supporter, assisted me in getting a couple of plays up, and then helped broker a deal with The Malthouse which got six First Nations plays up. One of those was (Frankland's) Conversations with the Dead, which helped get the Koori Court bill through." 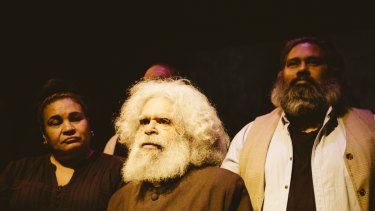 Uncle Jack Charles in La Mama’s Coranderrk: We Will Show the Country.Credit:

La Mama is more than a venue-for-hire. "They lobby also, help people get funding, help navigate plays into other venues. They cater to a massively broad range of people," says Frankland.

Conceived as an alternative to the often exclusive world of mainstream theatre, La Mama has always been driven by an ethos of inclusivity. "They have that incredible balance between support and enablement. When we support we quite often help from above, but La Mama didn't do that. They opened up doors and gave people a chance to explore their art form, explore their voice." 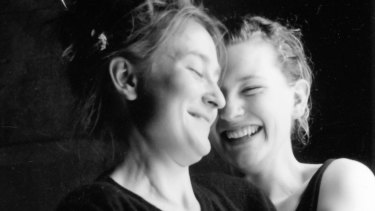 Caroline Lee and Cate Blanchett in The Woodbox at La Mama theatre in Melbourne, 1989. Lee and Blanchett co-wrote and performed the play.Credit:

Frankland says this kind of enabling gave him space to find his own voice. "It was hard for me as a blackfella back then. The hostility from the dominant culture was very real and it was very hard to get your foot in the door without being put into the cultural corner. What Liz did was enable me to have a safe place to explore my plays, which were on very complex issues."

Author Christos Tsiolkas' history with La Mama goes back to when he was a teenager in the crowd. One of his favourite memories of the venue was taking his parents to see Tes Lyssiotis' play Hotel Bonegilla, based on the same migrant camp Tsiolkas' dad had been in.

"The play began and my father was so rapt by the history being told that halfway through the performance he stood up and just starting cheering and in Greek going 'that's it, that's exactly what it was like!' As an 18-year-old I was completely embarrassed but afterwards Tes and the actors all milled around my parents, and that says something about the culture there. That wasn't the kind of play that was being put on the main stages. So La Mama's always been a space for me just as a punter, regardless of my professional life."

What I love about La Mama is that they take risks on us.

La Mama was home to one of his early plays, a contemporary version of the Electra myth. "It was rough as guts and it was a play that only a space like La Mama would have put on… What I love about La Mama is that they take risks on us. They take risks on stuff that may need time, and may need more polishing, but theatre is very different to the novel and prose work I do. You actually need to see it on stage, that's part of the process of developing a work." 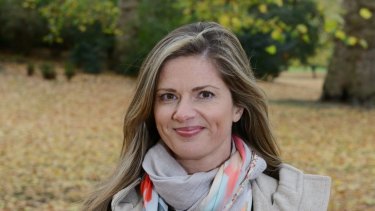 "The thing about La Mama that's so great is that it's completely accessible," says Zemiro. "You don't need much money to put something on there. You need an idea. It's extremely reasonable. You can have a full house and absolutely try stuff, fail, try again, get to that next draft and learn."

For theatregoers, La Mama has always been a democratic space. "You can get dolled up and go or turn up in jeans and joggers and you'll fit in," says Frankland. "You'll hear a diversity of politics and voice and humanity that makes you feel comfortable. You're not the odd one out."

For performers, the intimacy of La Mama creates a different relationship with that audience. "A lot of actors like it when they can't see the audience," says Zemiro. "They prefer for everyone to be in the dark. Here there's no running. You can't hide. You really have to inhabit what you're doing and you have to learn how to be smaller. You don't need to project to the back of the room so you're really learning new skills. How much do I actually need to do to get this idea across?" 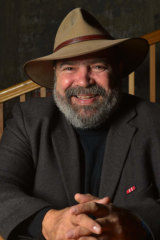 Zemiro says it's no surprise that a natural style of acting was so popular in the early days of La Mama, and in fact during the 1970s the theatre played a pivotal role in the development of a particular form of naturalism in Australian theatre more generally. Actors trained to throw their voice to the back row could now speak in a whisper and still be heard.

"Theatres are so big now, in some of the new theatres being built you need to be mic'd up to be heard, and that's a fault in how those places are built. How wonderful to be in a space where we can just use our voices and have that intimacy."

When the fire hollowed La Mama a year ago, the Australian arts community rallied. "I was very upset and immediately rang up and offered to do a benefit or to assist in any way I could," says Frankland. "It's a vital part of the foundation for not just the Melbourne arts scene, but the Australian arts scene."

"I remember hearing the news about the fire and I did feel gutted," says Tsiolkas. "The city changes all the time, gentrification has completely altered the inner city of my youth, but there are still spaces that act as a bridge to that history. Both the migrant history that was once embedded so deeply in the inner city and also that bohemian, alternative artistic history. It's one of those spaces where whatever's changing around it, it reflects back on that history and says these things are still happening here." 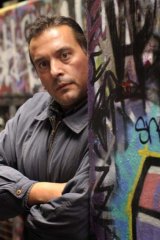 Today La Mama is launching Rebuild La Mama, a new fundraising campaign to rebuild its theatre. Given the level of community support the venue has long had, along with its vaunted history, it's very likely it will find the support it needs.

Lucy makes a closing comment that is shared by many: "I must say I never doubted for a minute that La Mama would rebuild. Not for a split second did I think 'well that's that then.' I absolutely knew that because of Liz and the love there is for La Mama it would always come back, and be bigger and better than ever."

La Mama is calling upon the community to support their rebuild campaign, launching today. Visit Lamama.com.au/supportlamama to donate or for more information.