When celebrity cars go to auction, most expect the final bids to reach incredibly high thresholds. When the royal family sells a vehicle, some might even predict skyrocketed bid prices. The public loves and admires the British hierarchy, with particular respect for Queen Elizabeth II.

So when her personal car, a custom-built Daimler Super V8 LWB, went up for auction, you might anticipate record-breaking bid amounts. But, you’d be wrong. In fact, the Queen’s car ended up selling for a surprisingly low sum of money. 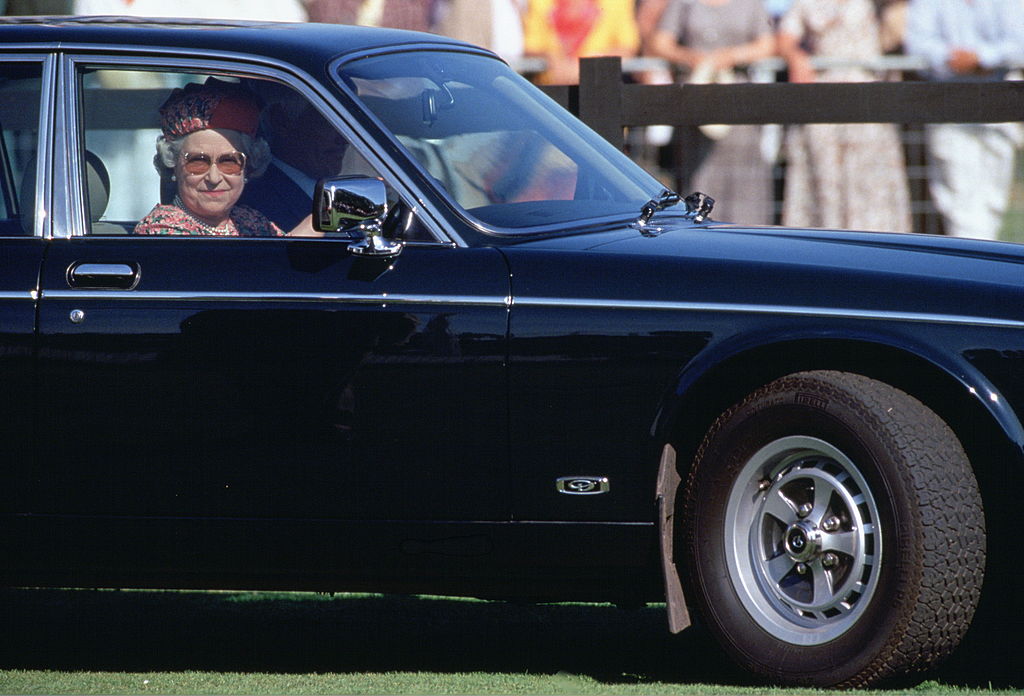 As the Queen of England, you have the authority to drive whatever you’d like. In the case of Queen Elizabeth II, she selected a Daimler Super V8 LWB sedan by Jaguar.

According to Motor1, under the hood, the 4.0L V8 engine harnessed 375 bhp (280 kW). This stylish four-door car exuded royalty, especially with some of the personal touches the Queen insisted be added.

This classic car was listed at auction with only 15,242 miles on the odometer. Estimates suggest its value to be around £25,000 to £30,000. But this is the monarch’s personal ride, so the winning bid must have been far higher, right?

Royal customizations to the car

The Queen’s customized set of wheels included a center armrest with a slide-out compartment, perfectly sized to fit a royal handbag. She particularly complained of not having a good place to set her purse and requested the add.

She also mentioned while she enjoyed the fresh air, she didn’t appreciate blasting air directly in her face. Jaguar took note and added extra switches throughout the car, so the Queen could have complete control of the airflow, regardless of where she sat.

It also featured communications equipment and blue flashing strobe lights to alert officials when she was in the car during a motorcade.

Many royal family members own cars they don’t often drive. Security and events sometimes dictate chauffeuring is best option. When it comes to the Queen’s private vehicle, she both drove and was seen being driven in it.

She used the car to travel to and from Buckingham Palace. She would also drive herself for travel around the Windsor Castle estate, as well as to visit friends, and fellow dignitaries.

The last time the car was actually witnessed in public was in 2012 at the Goodwood Festival of Speed. There it was, stylish and on display as part of the Cartier Royal Jubilee. The Daimler Super V8 LWB would find itself at auction, and up for sale, a year later.

The winning bid amount may surprise you

This royal Daimler Super V8, with its traditional British Racing Green paint, leather seats, and lambswool rugs, rolled into the auction. The car came complete with two sets of keys, the full record of service history, and documentation.

It also came with a Heritage Certificate from Jaguar along with an official letter from Jaguar Daimler Heritage Trust, verifying the monarch ownership. It represents the epitome of royalty and luxury. The car is in stunning and near-mint condition. And when the bidding came to a close, it sold for £45,360, according to Historics.

This Jaguar, with all of its extra customization and royal connections, managed to sell for around what it would be worth, without the Queen’s ownership. It’s kind of surprising to see such an iconic piece of royalty sell for an average price.

Maybe next time the British family decides to auction a vehicle, enthusiasts and collectors should jump in for a chance to bid. With winning bids this low, most anyone might be able to afford a unique piece of royal history.

Everyone Wants Baby Archie to Wear Their Colors

The Inspiring Story of How Ben Higgins Finally Found His Girl