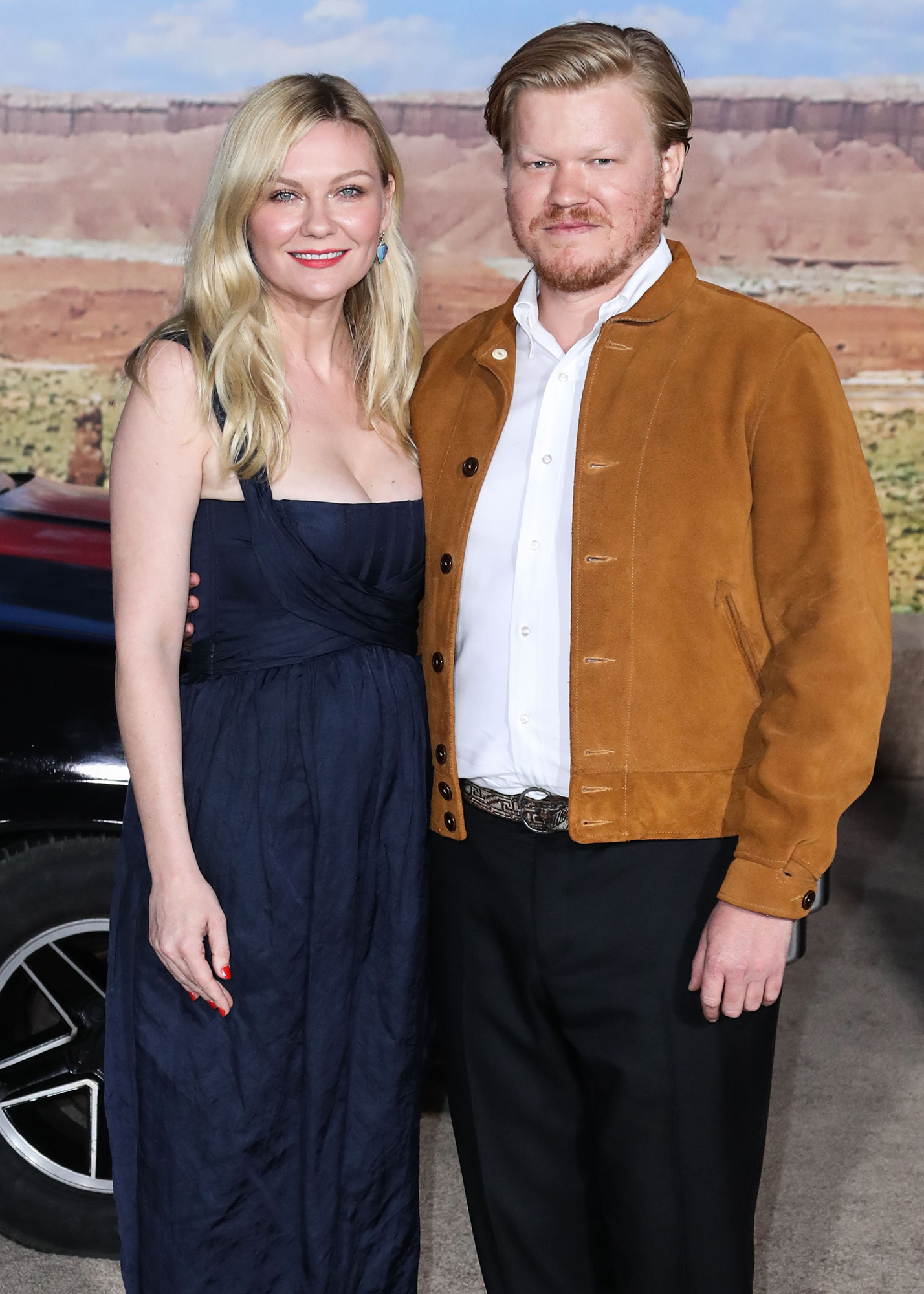 One proud mom! Kirsten Dunst, who secretly welcomed her second child with partner Jesse Plemons earlier this year, recently revealed her new baby’s name and opened up about new motherhood.

The Bring It On star, 39, spoke with the New York Times before attending the Venice Film Festival, in an interview published on Friday, September 10, about her newfound family of four.

“This is the newest guy, the Big Kahuna,” Dunst said, introducing the NYT reporter to the baby boy in her arms. “He’s an angel, but he’s a hungry angel. And a heavy angel.”

Dunst’s new baby is named James Robert, 4 months. The Fargo alum shares James with Plemons, 33, who had been out of town filming Martin Scorcese’s Killers of the Flower Moon, leaving Dunst home with the kids.

“I’m so tired, I haven’t slept through the night in four months,” the Power of the Dog star jokingly told the newspaper. “I’ve developed an eye twitch, too. Yeah, I’m in a really special place.”

The actress welcomed her second son in May before she was spotted carrying a baby carrier in June via photos obtained by the Daily Mail.

The Beguiled actress kept most of her second pregnancy under wraps amid the coronavirus pandemic before debuting her baby bump in the March issue of W magazine.

“Every shot was on the floor,” she joked of the maternity shoot at the time. “I was like, ‘I can’t get up.’ I felt like Urkel.”

The Marie Antoinette star and Plemons previously welcomed son Ennis, now 3, in May 2018 after Us Weekly broke the news that the pair were expecting in December 2017. While pregnant, Dunst modeled for Rodarte’s Fall-Winter 2018 lookbook.

Ennis also made a brief appearance during the Interview With a Vampire actress’ NYT profile.

“Hi, Bubba,” Dunst called to the toddler as he stomped out to the backyard where the conversation took place, upset that his swim teacher made him dunk his head underwater. “Oh no, are you mad?”

Dunst later noted, “This is what doing an interview at home is like.”

After welcoming Ennis, the former child star dished on how the couple chose his unique moniker during an appearance on Jimmy Kimmel Live! in September 2018.

“Come on, you just stick a P in front of it,” the New Jersey native joked to Jimmy Kimmel at the time. “There’s also anus. That’s not a great one. It’s like an old cowboy name. … We found it online. You know, on those baby websites where you just keep scrolling. We were like, ‘We like that. It sounds cool.’”

The Spider-Man actress started dating Plemons in 2016, one year after they met on the set of Fargo. They later got engaged the following year.

“We’re definitely going to have a wedding eventually, but probably [a] small [ceremony] at home or something, like, really intimate, not a big wedding,” Dunst told Us in August 2019 about their wedding plans. “I never thought I would be that person who had a Pinterest board. And because we created it together from the beginning, it’s a really nice thing to do together. It’s going to be so personal and fun. We are having a good time.”