Home » Lifestyle » Post-lockdown rules, Victorians know them inside out

You can’t have your best friend around for tea this weekend but you can don your local footy team’s guernsey and grapple with a team of opponents.

Going for a solo walk on the beach? You must wear your mask. Exercising in a gym? It’s no longer mandatory. 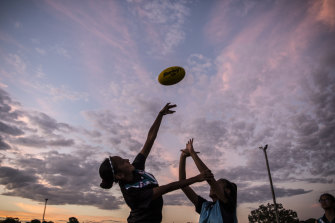 Victorians are again navigating the granular details of post-lockdown restrictions that look slightly different every time the state edges back towards normality.

This time, Chief Health Officer Brett Sutton has banned visitors to the home for at least the next two weeks – a stricter position than the release from lockdown four in June, when two guests were allowed.

He cited statistics indicating up to 80 per cent of transmission in Sydney’s outbreak, which grew by 177 on Wednesday, was occurring in household gatherings.

In short, the message from health authorities and experts is twofold: the biggest risk is in the home and the more infectious Delta variant has changed the game.

The bemusement of some Victorians around the new restrictions was enunciated by Elizabeth from Mount Waverley on Wednesday.

“I can understand that large family gatherings are a danger. But having a couple of people over for instance – my husband and I cannot have a couple of friends, another older vaccinated couple, around to play bridge at home,” she told Virginia Trioli on ABC 774.

“If we want to play bridge, we have to go to the bridge club where a large group of people is mixing together.”

Deakin University chair of epidemiology Catherine Bennett said the benefit of enforcing public meetings was that people were less likely to follow social distancing rules and wear masks indoors, and they were also more likely to mingle for longer out of public view.

“When you’re in a public space you’re more likely to be socially distanced and following the rules because you’re observed by people and you behave differently,” she said.

The rules around individual home visits can also confound. Leanne, who asked for her surname to be withheld, lives with her husband in Melbourne’s north-west. Their adult son lives in his own apartment.

Under the social bubble rule that allows someone living alone to choose one other person to see, Leanne could visit her son. But he can only visit his parents if the other one leaves the home at that time.

Across the road, Leanne’s neighbour lives with her two sons. One is engaged and his fiance, who lives with five others, regularly visits as an “intimate partner”.

“I understand they are obeying the rules as they stand, but surely there is less chance of my single son causing any spread than someone who lives with five others?” she said.

Yet health authorities must ultimately draw a line somewhere and Professor Sutton said the “multiplier effect” of home gatherings that could see millions of Victorians privately mingling each day was too much to risk currently. 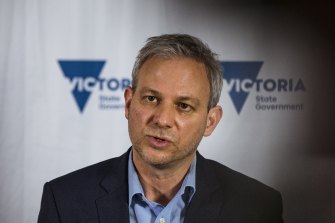 “We’re not saying that you can’t see loved ones or family, but we are saying please see them outdoors because indoors is that risk setting,” he said, adding that restrictions had to be viewed as an entire suite, rather than picking them out one by one.

Amid growing discussions around what, if any, additional activities vaccinated Australians should be allowed to undertake, the Chief Health Officer said there was merit in the idea.

“I’m very strongly in favour of there being a national standard for this, so that there isn’t an ongoing and highly charged debate around disparity between jurisdictions,” he said.

University of South Australia epidemiologist Professor Adrian Esterman said governments must be more transparent and explain the rationale behind their COVID-19 restriction decisions, which can at times appear to be inconsistent.

He said several interventions had been put into place without any hard evidence.

“For example, should you limit people’s movements to 10 kilometres, five kilometres, two kilometres, there’s simply never been a sort of randomised control trial to test that out,” he said.

Victoria’s current rules will remain in place for a fortnight, until Tuesday, August 10. At least, that’s the plan.

Meghan Markle 'is no stranger at reinventing herself'