Home » Lifestyle » Pete Davidson & Taylor Swift: Why He Wanted To Make Friends Despite Her Past Kardashian Drama

Kim Kardashian’s rumored beau Pete Davidson starred in an ‘SNL’ skit with Taylor Swift, and we’ve EXCLUSIVELY learned why it was ‘important’ for him to work with Taylor, despite her bad blood with Kim.

Hopefully, Kim Kardashian was laughing after watching the Nov. 13 episode of Saturday Night Live – for Pete Davidson‘s sake. The show featured “Three Sad Virgins,” a Please Don’t Destroy sketch where Pete, 27, mocked Ben Marshall, John Higgins, and Martin Herlihy. While it was hilarious, it featured a surprise cameo from the episode’s musical guest, Taylor Swift – aka the woman Kim, 41, went to war with in 2016 over Kanye West’s song, “Famous.” While some might raise an eyebrow over Kim’s rumored boyfriend working with her longtime rival, a source close to Pete tells HollywoodLife EXCLUSIVELY that this was strictly business. “Pete’s intention this week and every week on SNL was to make all guests, and musical guests feel welcomed,” says the insider.

“He’d rather be friends or friendly with people coming in because it makes the show the best it can be if everyone is on the same page,” the source tells HollywoodLife. “He is clearly aware of the history that Taylor has with Kim and Kanye, and he was not going to make it a thing. He wasn’t going to treat her differently. To cause any drama is the last thing he had any plans to do, and that is why it was important to make friends with Taylor and do a skit with her.” Pete, according to the insider, made sure that he “was being Switzerland in the entire situation” – as in, he was staying neutral – “because he has no beef with Taylor – so, he didn’t manufacture any.” 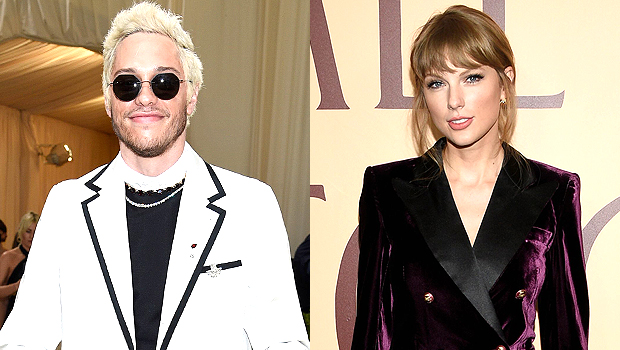 “And by doing that, the week went off without a hitch, and they both created an awesome skit together. Wins everywhere,” the insider adds. It remains to be seen if this skit will have any impact on Pete’s rumored relationship with Kim. The two worked together when she hosted Saturday Night Live in October, which included a Disney’s Aladdin-themed skit where they kissed. Afterward, they sparked speculation of romance when they were pictured holding hands during a trip to Knott’s Berry Farm in Buena Park, California. Since then, they’ve gone on a handful of dates together, and a source told HollywoodLife that they’re planning a romantic get-together soon. 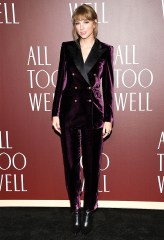 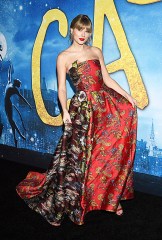 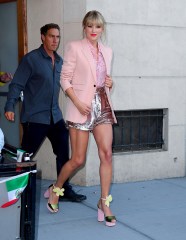 Taylor and Kim’s bad blood can be traced back to 2016, after Kanye released the song “Famous,” which contained the line “I feel like me, and Taylor might still have sex / why? I made that b-tch famous.” Shortly after the song’s release, Taylor claimed she didn’t approve of the “I made that b-tch famous” line. In June 2016, Kim spoke with GQ in which she claimed Taylor “totally knew that [song] was coming out… [She] totally gave the okay.” In July, Kim posted the conversation between Kayne and Taylor on Snapchat, which shows Taylor saying, “Go with whatever line you think is better. It’s obviously very tongue in cheek either way. And I really appreciate you telling me about it, that’s really nice!”

This prompted fans to dub Taylor a “snake,” which instigated her Reputation era. Fast-forward to March 2020, when someone leaked the supposed unedited version of the call, in which Kanye does not refer to Taylor as a “b-tch.” After a little back-and-forth between Kim and Taylor online, it’s been quiet.

The secret to finding a man in midlife? Write a love list!

Morgan Jerkins On Her New Book, Writing Through Fear, And The Power Of Black Memory

What Is Blac Chyna's Real Name and Why Is She Famous?