Peep Show actress Sophie Winkleman was among the guests at today’s royal wedding of Lady Gabriella Windsor and Thomas Kingston.

The former actress, 38, who is married to the bride’s brother Lord Frederick Windsor, beamed as she arrived at the wedding with Prince Harry.

Her daughters Maud, 6, and Isabella, 3, were among five bridesmaids for the couple, having already been in the bridal party for Princess Eugenie and Jack Brooksbank’s wedding in October.

Sophie is well known for playing ‘Big Suze’ alongside David Mitchell and Robert Webb in Channel 4 comedy series Peep Show, which aired between 2003 and 2015. 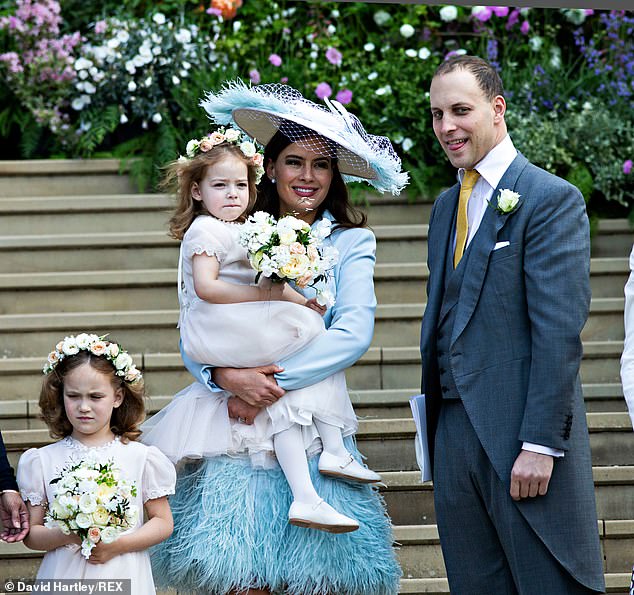 Sophie Winkleman joined her husband Lord Frederick Windsor for his sister Lady Gabriella Windsor’s wedding. Her daughters Maud and Isabella acted as bridesmaids for the occasion 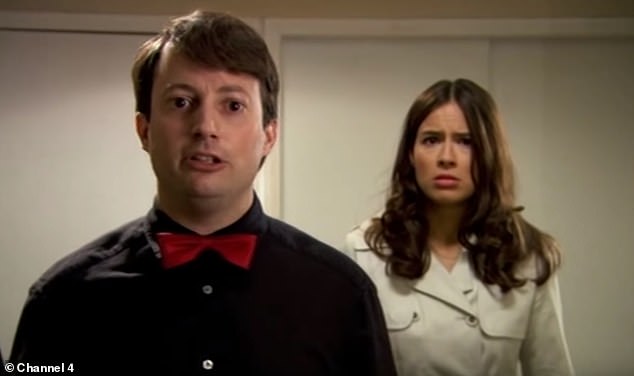 The actress is best known for her portrayal of Big Suze in the Channel 4 comedy series Peep Show, which she starred in alongside David Mitchell and Robert Webb 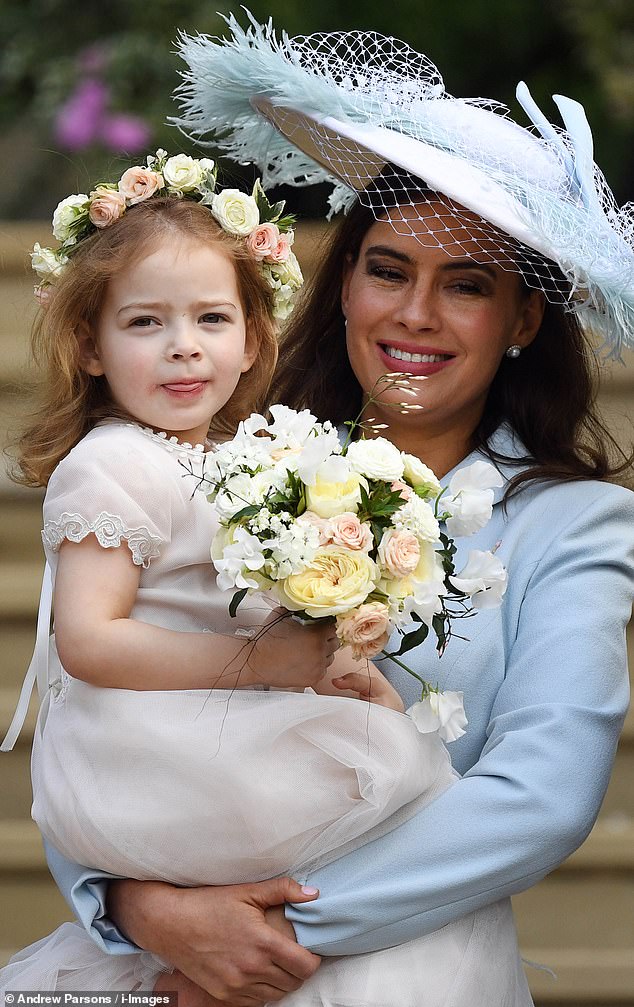 Sophie beamed as she carried three year old daughter Isabella, who was one of the five bridesmaids, at the ceremony today

The actress paired the gown with matching feathered hat and bright white heels.

She finished her look with a gorgeous smokey eye, light blush and nude lip.

The mother of two arrived alongside fellow royals, and appeared to share a joke with new father Prince Harry on the way into the ceremony. 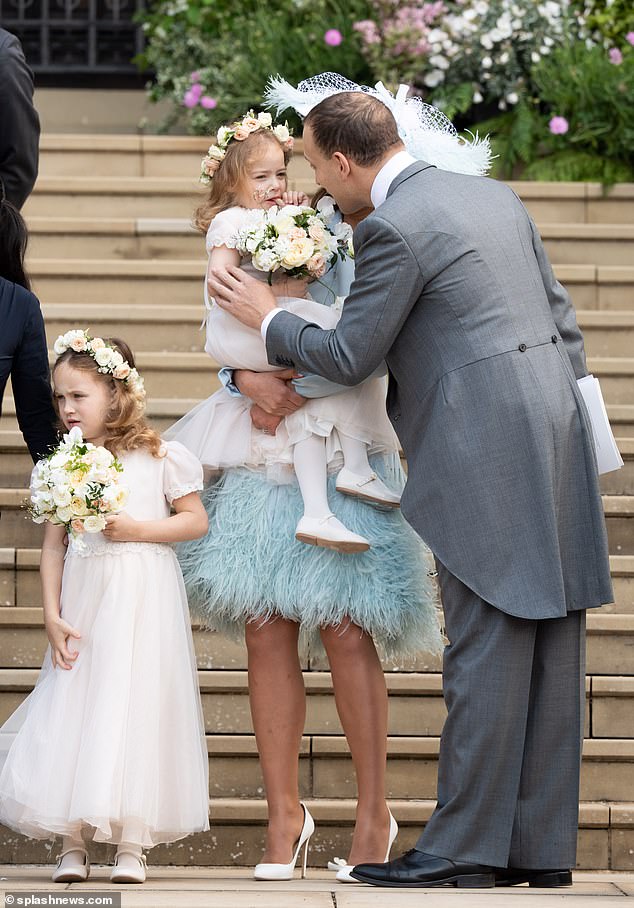 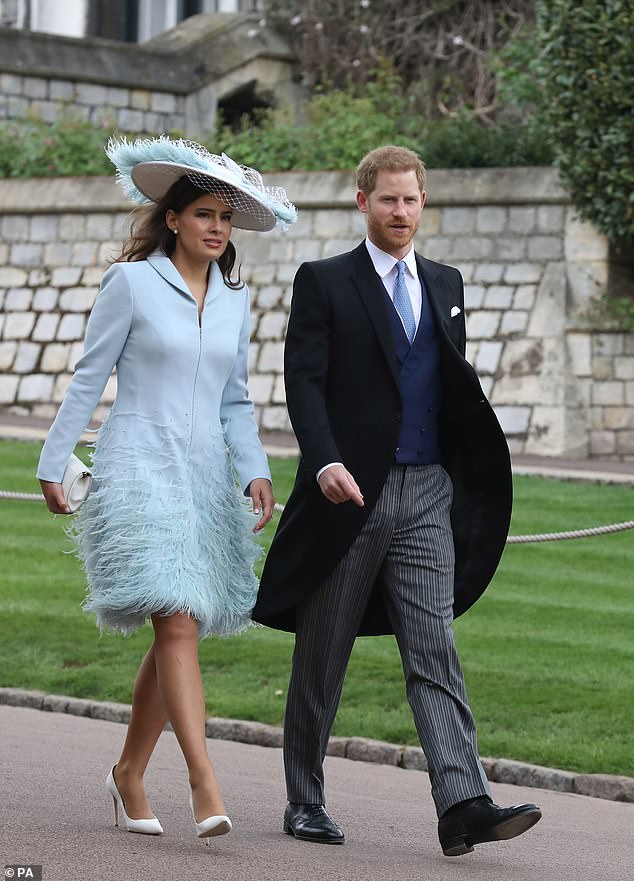 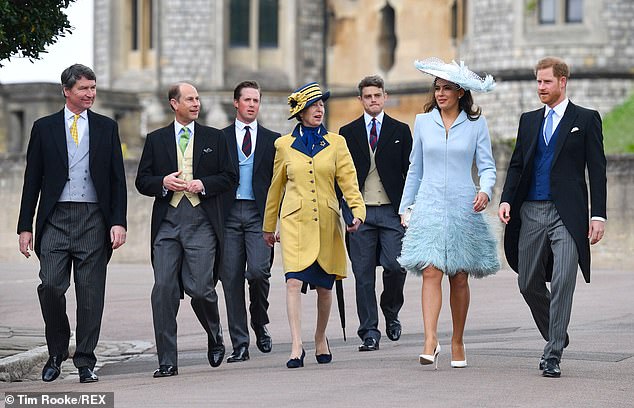 Sophie Winkleman was seen alongside Prince Harry, Prince Edward and Princess Anne as they  attended the royal wedding today

The pair beamed as they walked into the church, and were seen chuckling together.

Princess Anne and Prince Edward were among the royals who joined Sophie as she attended the service.

The mother of two joined her husband Lord Frederick Windsor for photographs after the wedding ceremony, and was seen comforting her children who acted as bridesmaids for the happy couple.

She beamed as she carried youngest daughter Isabella and chatted to parents-in-law Prince and Princess Michael of Kent. 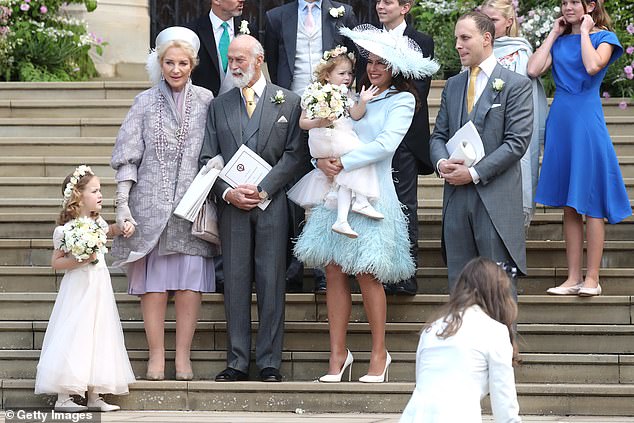 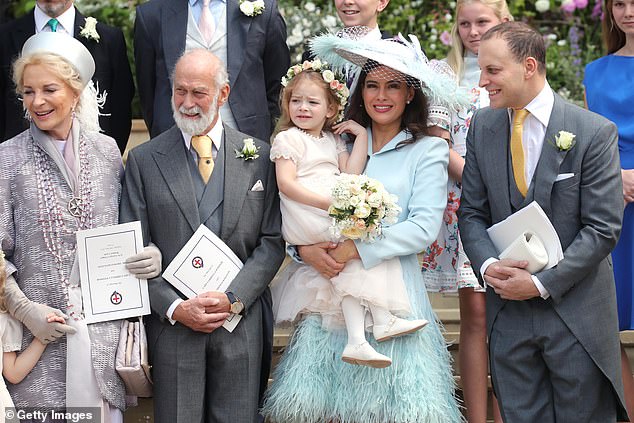 Sophie, who is half-sister of TV presenter Claudia Winkleman, is best known for portraying the character ‘Big Suze’ in Channel 4’s Peep Show.

She married Lord Frederick in September 2009 at Hampton Court.

Their second daughter, Isabella Alexandra May, was born in January 2016. 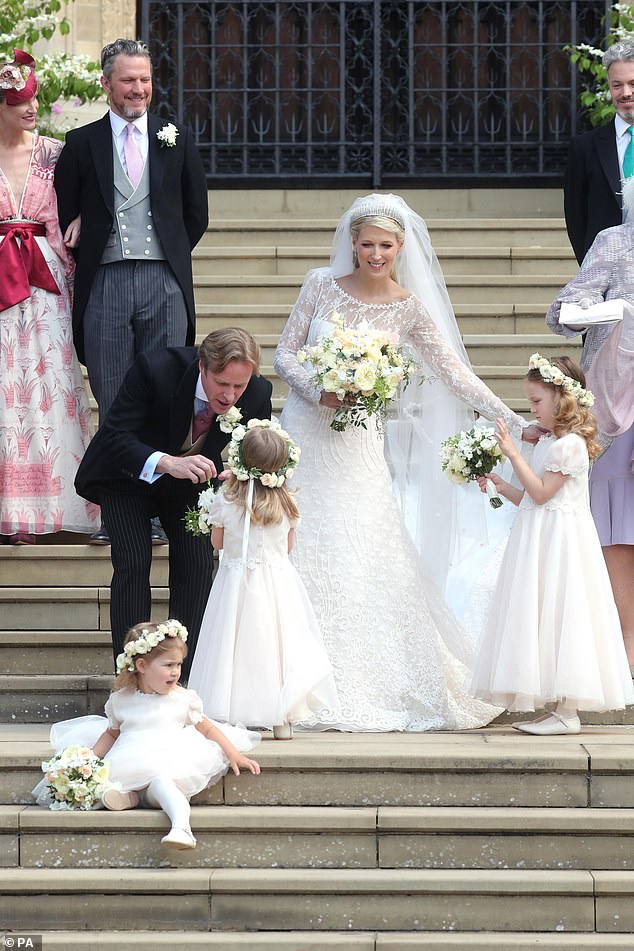 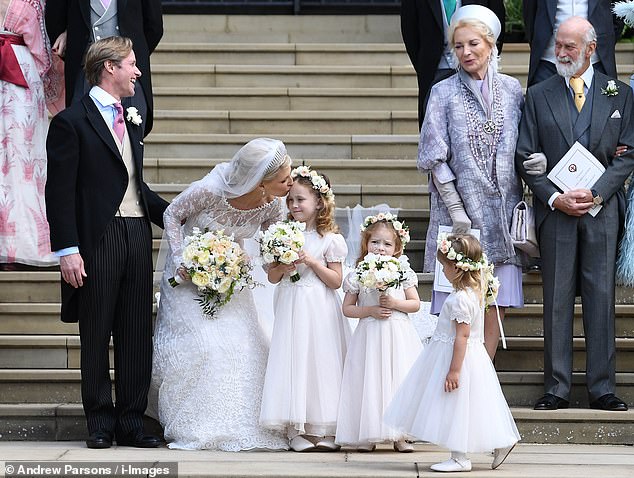 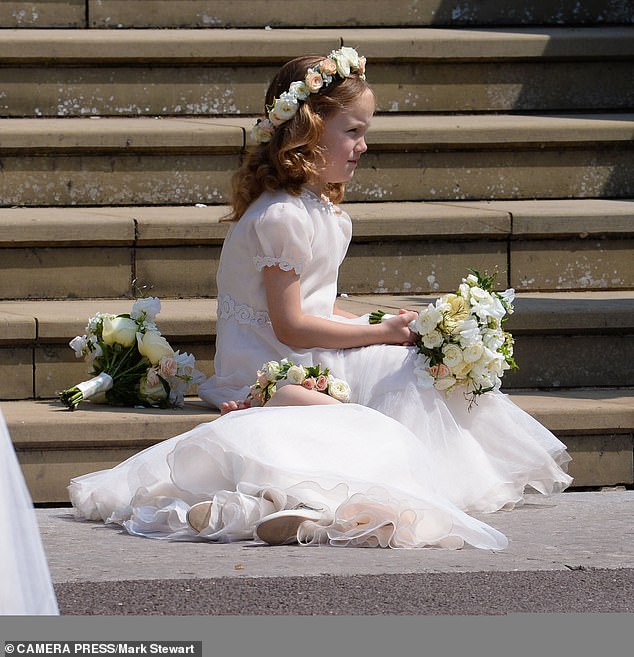 At one stage Sophie’s daughters appeared tired of the proceedings, and took a seat on the steps of St George Chapel in Windsor

The Queen, Prince Philip, the Duke of Sussex, Princess Anne and the Middletons watched today as royal bride Lady Gabriella Windsor married Thomas Kingston in the biggest society wedding of the year so far.

Prince Harry was at St George’s Chapel in the grounds of Windsor Castle just 12 days after the birth of Archie, his first son with wife Meghan – and on the eve of their first wedding anniversary.

The Queen was joined by Prince Philip as the Duke of Edinburgh made a rare public appearance following his retirement two years ago. Other royals at the chapel today included Sarah, Duchess of York with her ex-husband Prince Andrew and their daughter Princess Beatrice with her boyfriend Edoardo Marpelli Mozzi.

I’m in touch with a daughter my sons know nothing about — should I tell them? – The Sun