Australian musician Nick Cave says cancel culture "has an asphyxiating effect on the creative soul of a society" and political correctness "has grown to become the unhappiest religion in the world".

In the latest edition of his online newsletter The Red Hand Files, Cave wrote that cancel culture is "bad religion run amuck".

"As far as I can see, cancel culture is mercy’s antithesis," Cave wrote in response to a reader's question on the subject. 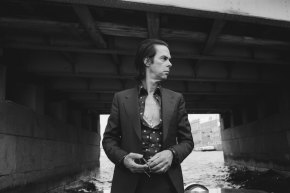 "Political correctness has grown to become the unhappiest religion in the world. Its once honourable attempt to reimagine our society in a more equitable way now embodies all the worst aspects that religion has to offer (and none of the beauty) — moral certainty and self-righteousness shorn even of the capacity for redemption. It has become quite literally, bad religion run amuck."

Cancel culture's "refusal to engage with uncomfortable ideas", according to Cave, hampers the creativeness and diversity of society. He wrote that mercy "allows us the ability to engage openly in free-ranging conversation" and acts as a "safety net of mutual consideration". Without it "a society loses its soul, and devours itself".

"Tolerance allows the spirit of enquiry the confidence to roam freely, to make mistakes, to self-correct, to be bold, to dare to doubt and in the process to chance upon new and more advanced ideas. Without mercy society grows inflexible, fearful, vindictive and humourless," Cave wrote.

"As far as I can see, cancel culture is mercy’s antithesis. Political correctness has grown to become the unhappiest religion in the world. Its once honourable attempt to re-imagine our society in a more equitable way now embodies all the worst aspects that religion has to offer … It has become quite literally, bad religion run amuck." 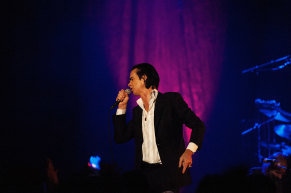 Cave, who last month streamed a solo performance from London’s Alexandra Palace, regularly responds to reader questions on The Red Hand Files, a website he started two years ago.

His intervention into the discussion about cancel culture comes after more than 150 writers, academics and activists signed an open letter warning about the dangers of an "intolerance of opposing views" that was now "spreading more widely in our culture".

This is not the first time Cave has lashed out at cancel culture. In December 2018, he condemned a cultural boycott of Israel and said playing concerts in Tel Aviv with his band the Bad Seeds did not signify support for Prime Minister Benjamin Netanyahu’s government. He accused the Boycott Divestment and Sanctions movement of attempting to “bully, shame and silence musicians”.

In his latest post, Cave said creativity was "an act of love that can knock up against our most foundational beliefs, and in doing so brings forth fresh ways of seeing the world" and this was "both the function and glory of art and ideas".

"A force that finds its meaning in the cancellation of these difficult ideas hampers the creative spirit of a society and strikes at the complex and diverse nature of its culture," Cave wrote.

"But this is where we are. We are a culture in transition, and it may be that we are heading toward a more equal society — I don’t know — but what essential values will we forfeit in the process?"