Melbourne Now, a huge free exhibition of art, design and performance celebrating Victorian creativity, is to return in 2023 – ten years after its 2013 debut.

The National Gallery of Victoria hopes the show will help reignite the state's creative spark and give artists and lovers of art something to look forward to as Melbourne reclaims its cultural capital crown after the pandemic shutdown. 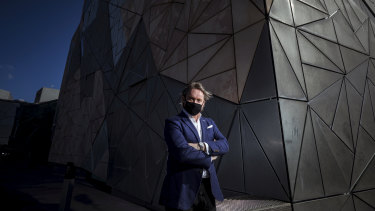 NGV has pulled together a $1.5 million fund to immediately start commissioning and acquiring new art for the event, and hopes to add to that fund through philanthropy and other means over the next three years.

"The energy was huge," Ellwood said.

He and his team had been kicking around the idea of a sequel, wondering if they should wait 20 years or tie it to another major moment for the gallery. 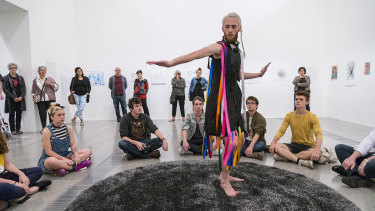 "But it was definitely because of COVID-19 that we chose to put the line in the sand and say OK, it should be the 10-year anniversary," he said. "That gives us three years to commission and purchase local art and design. There has never been a better time to support our local community."

At this stage the commissioning fund has been pulled together from bequests, gifts and grants to make a "minimum commitment" of $1.5 million in acquisition and commissions. 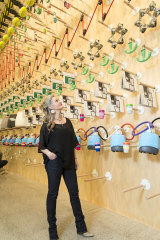 The ‘Design Wall’ at the Melbourne Now exhibition in 2013.Credit:NGV

"That's just the initial amount we've got on the books… but it's still a damn great investment in local art and design," Ellwood said. The 2013 event raised over $5.8 million from individuals, foundations, corporations, partnerships and state and federal funding – including $2.5 million from the Victorian government.

His team will be out across the state, beginning this year, looking for diverse artworks from painting and sculpture through to video, ceramic, performance and even architecture.

"We'll be making sure we're going out to neighbourhoods we may not traditionally go to," Ellwood said. They hope to allow artists to "stretch and reach new heights – and ultimately new audiences," he said.

Some successful elements of the first event will return in upgraded form, including the "design wall" at Federation Square showcasing products designed in the city, and 'NGV Kids' interactive projects. As before, the event will be free to visit.

Among the 250 works in the original event was Julia deVille's memorable installation Degustation 2013, a sumptuously displayed collection of her taxidermy in a Victorian dining room with NGV paintings on the walls. 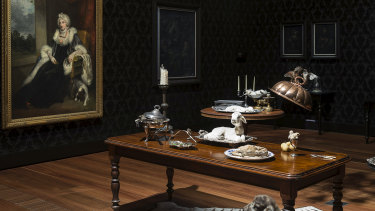 DeVille said the show was a turning point for her career.

"It was the first time as an artist I had the opportunity to go 'all out'," she said. It inspired her to mount more large-scale, immersive exhibitions – and helped her get the funding to do that.

She has taken a break from art in the last two years to concentrate on her jewellery business, after an exhibition that was so big "I haven't really recovered from it," she said.

But now she has plans for a new collaborative project.

Ellwood said the success of Melbourne Now 2013 had helped reveal and reinforce the city's pride in its cultural status – and he hoped to do that again.

"This is a city that unashamedly reaches out to secure the best creative offers out there," he said. "It's been a great cultural decade."

He also confirmed the NGV's ambitious Triennial exhibition is still set to open in December, as long as pandemic restrictions allow.

"Obviously at this stage it depends on our ability to reopen and how fast or slow that has to go," he said.

Woman, 74, has vagina tightened for wedding with toyboy, 27 – but then is dumped