New York nurse, 37, reveals horror at learning her live-in boyfriend had a secret FAMILY and was paying their bills with HER money – leaving her unable to afford her own rent

A former nurse has shared how she discovered her boyfriend had a secret family, which he supported with her money, and left her forced to join OnlyFans to make ends meet after her now ex partner spent all of her money on another woman.

Dara, 37, from Brooklyn, New York, has previously hit the headlines with her ultra-realistic fashion looks made with just body paint and regularly shares sexy snaps with her over 280,000 followers on Instagram.

However, Dara has now revealed her glamorous life has been hard-earned, the nurse-turned-OnlyFans star shared a shocking secret about her past and how she was betrayed by a former partner who lived a double life on her dime.

Back in June 2019, the then nurse was living paycheck-to-paycheck while supporting her boyfriend, when she agreed to move across the country to live with him.

A month into moving to New York, Dara found out through Facebook that her boyfriend had another girlfriend who was eight months pregnant. 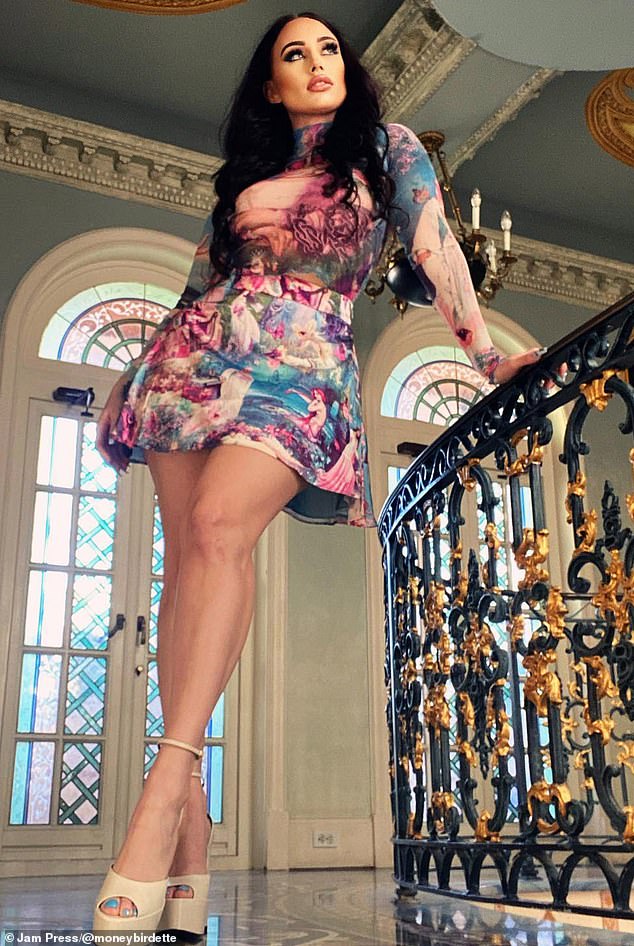 Dara, 37, from Brooklyn, New York, has revealed that her now ex-boyfriend had a secret family that she was paying for 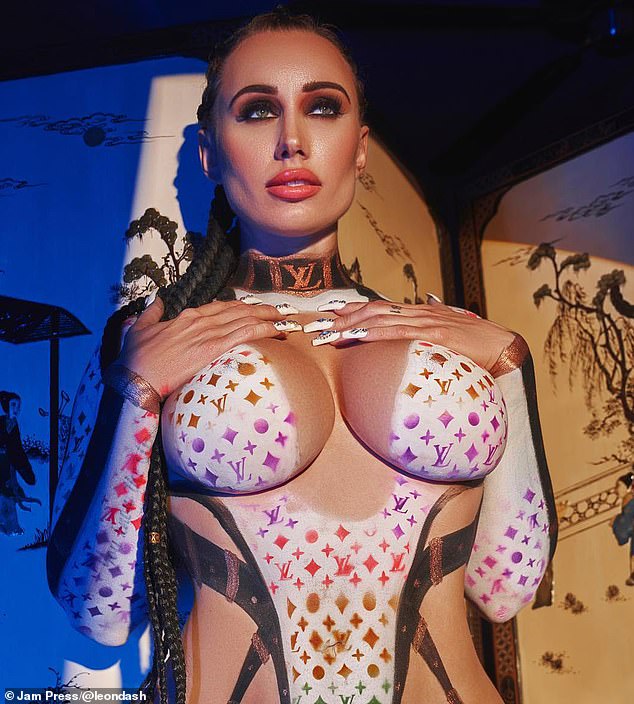 The former nurse has previously gone viral for her her realistic fashion looks all made from body paint, however, she has shared that her life hasn’t been all so glamorous 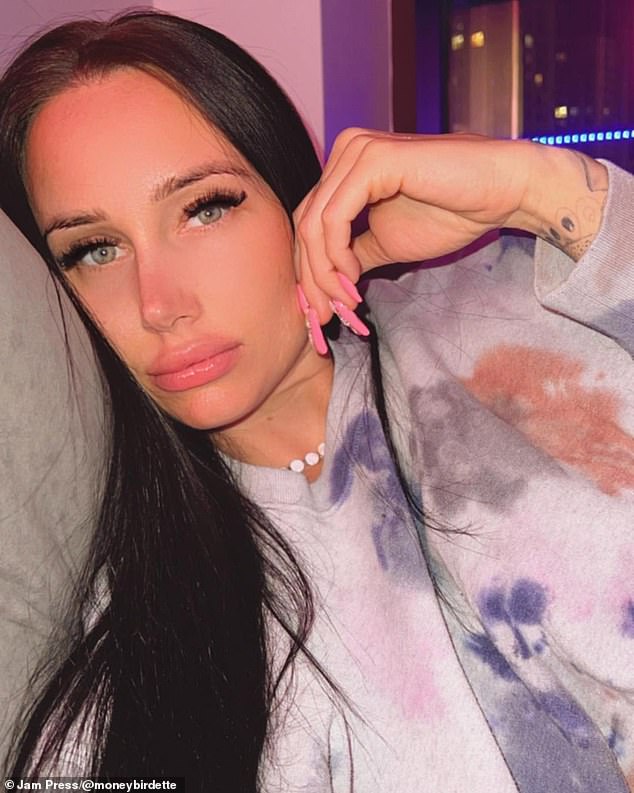 A month after moving to New York with her then boyfriend, she discovered through Facebook that he had another girlfriend whom he was expecting a baby with

Even more shockingly, she claims her ex had been using her money to cover his budding family’s expenses.

‘I found out through Facebook,’ she said. ‘We were about to go and meet his mom, who lives abroad, and I went to follow her and noticed she was “friends” with a profile of his that I didn’t know about.

‘When I clicked on this alternative profile, I saw photos from a baby shower for his other girlfriend.

‘I was so shocked, hurt and angry.’

Stuck in a lease in a swanky New York flat, Dara ditched her boyfriend but soon found herself struggling to pay her bills.

Looking for new ways to make ends meet and wanting to show her ex what he was missing, the nurse decided to try OnlyFans, launching her account in 2018.

Within her first month, she made $30,000 – the equivalent of her yearly salary.

Dara said: ‘I have a lot of pride and decided to just figure my financial situation out, rather than let a man take advantage of me.

‘When I fell into debt, I ditched him, then got rid of my car, which was a money guzzler, and started an OnlyFans.

‘The rest is history.

‘In the beginning, I mostly posted behind-the-scenes images from photo shoots and built a personal relationship with my fans.

‘I couldn’t believe how much money was coming in.

‘I remember thinking ‘I’m going to post whatever makes me as much money as possible’ and now I’m debt-free. For the first time, I can actually save money.’

Dara’s risqué new job has seen her turn her back on 13 years in healthcare, working at a newborn intensive care unit (NICU) nurse – but she doesn’t regret it.

‘I don’t plan in returning to nursing as long as I keep making good money,’ she said. ‘I loved watching my patients grow and go home.

‘But the job started to take a toll on my mental health, as being a nurse is emotionally taxing when you work in the intensive care unit and I wasn’t making enough to make ends meet.

‘I don’t regret my decision.’

As for her former partner, Dara reveals he still tries to contact her and he knows about her OnlyFans career.

She said: ‘He still contacts me to this day but I’ve blocked him. But I want nothing to do with him.’

Mind Matters with Kyle MacDonald: It’s okay to take a break for your mental wellbeing

Was The Weeknd lost during Super Bowl 2021? Memes abound after halftime