Environmental protection is set for a shake-up as the federal government launches a new threatened species strategy in a fresh approach to boosting populations and stopping threatened species disappearing from the planet in the wake of the Black Summer bushfires.

Environment Minister Sussan Ley launched the 10-year threatened species strategy on Friday, which she said was needed to address an “enormous threat” to wildlife coming from a combination of “our human footprint, feral pests and weeds, our changing climate and biosecurity hazards”. 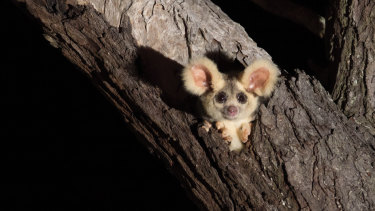 The new strategy aims to help threatened species like the greater glider.Credit:Josh Bowell

“The new strategy identifies both species and ‘places’, with an expanded focus on the protection of a more diverse range of species, including reptiles, amphibians, freshwater species, marine species and all of the incredibly unique environments in which they are found,” Ms Ley said.

The inaugural threatened species strategy, launched in 2015 by former environment minister Greg Hunt, focused on emergency intervention like breeding programs for endangered plants and animals, establishing safe havens free from pests or weeds, and a program to cull feral cats which prey on native marsupials.

The new strategy was backed by $57 million funding for threatened species in the federal budget and is expected to identify and set recovery targets for up to 100 priority species and 20 places and include a new focus on marine wildlife.

Priority species for protection will be selected under six principles: cost, uniqueness of plants and animals, risk of extinction, conservation investment that delivers benefits to multiple species, the cultural significance of species, and “representativeness” of species so conservation targets are selected across a range of species and bioregions.

The federal government’s previous conservation plans haven’t planned for big climate shocks from fires, droughts and storms. But extra elements will be added to the new strategy including a focus on preparedness for natural disasters, which are becoming more severe and frequent with climate change.

Bushfires that swept across Queensland, NSW, and Victoria in the summer of 2019-20 killed billions of animals and left 113 animal species in need of urgent support.

Climate change adaptation and resilience could include protection of refuge habitat where threatened species can survive if the remainder of their natural range is rendered uninhabitable in a drier, hotter climate.

The 2015 strategy said protection measures must take account of climate change and its impacts and said the government would be informed by the National Climate Change Adaptation Research Facility, which was set up in 2008. The agency was axed in 2017.

Last month’s federal budget included $210 million for an Australian Climate Service, which Ms Ley said would help policymakers across the government to “anticipate, manage and adapt” to the impacts of climate change.

Environment groups have criticised the Coalition’s environmental funding and policies since it formed government in 2013 under Tony Abbott, so are likely to demand significant commitments to funding and outcomes before endorsing the new plan.

Our Morning Edition newsletter is a curated guide to the most important and interesting stories, analysis and insights. Get it delivered to your inbox.

Jamie and Rebekah Vardy net worth: Couple have jaw-dropping sums of cash in the bank