Nearly 100 guests on Thursday were forced out of a Florida hotel and looking to find other arrangements after it was sold to a new owner, according to multiple reports.

The new owners of Champions World Resort in Kissimmee reportedly wanted guests out by 4 p.m., according to FOX35. To make sure that happened, owners reportedly planned to shut off the power by 12 a.m.

“They didn’t give notice or anything. That’s not right,” one of the guests, Victoria Oquendo told WESH. “I’ve called bunches of hotels and they’ve said we’re sorry we’re booked.” 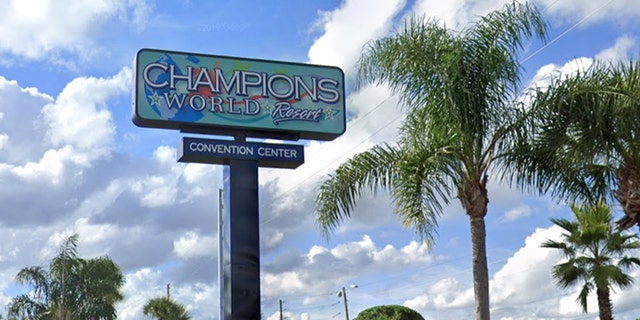 One of the guests, Andrea Skhy, told the FOX35 that the even general manager wasn’t given notice and was only told on Thursday that all of the staff and guests needed to vacate the property that same day.

Its website posted a message confirming the sale, according to WESH. Since then, it’s been shut down.

However, that didn’t stop Facebook users from calling out the hotel for the unprecedented move in the midst of spring break.

“Nothing like kicking out all of your guests with no notice during the peak of Spring Break,” one user wrote.

Representatives for Champions World Resort could not be reached for comment by phone or email.

Jeannie Mai Gushes Over Fiance Jeezy After He Buys Her A Billboard For ‘DWTS’: I’m ‘Very Thankful’