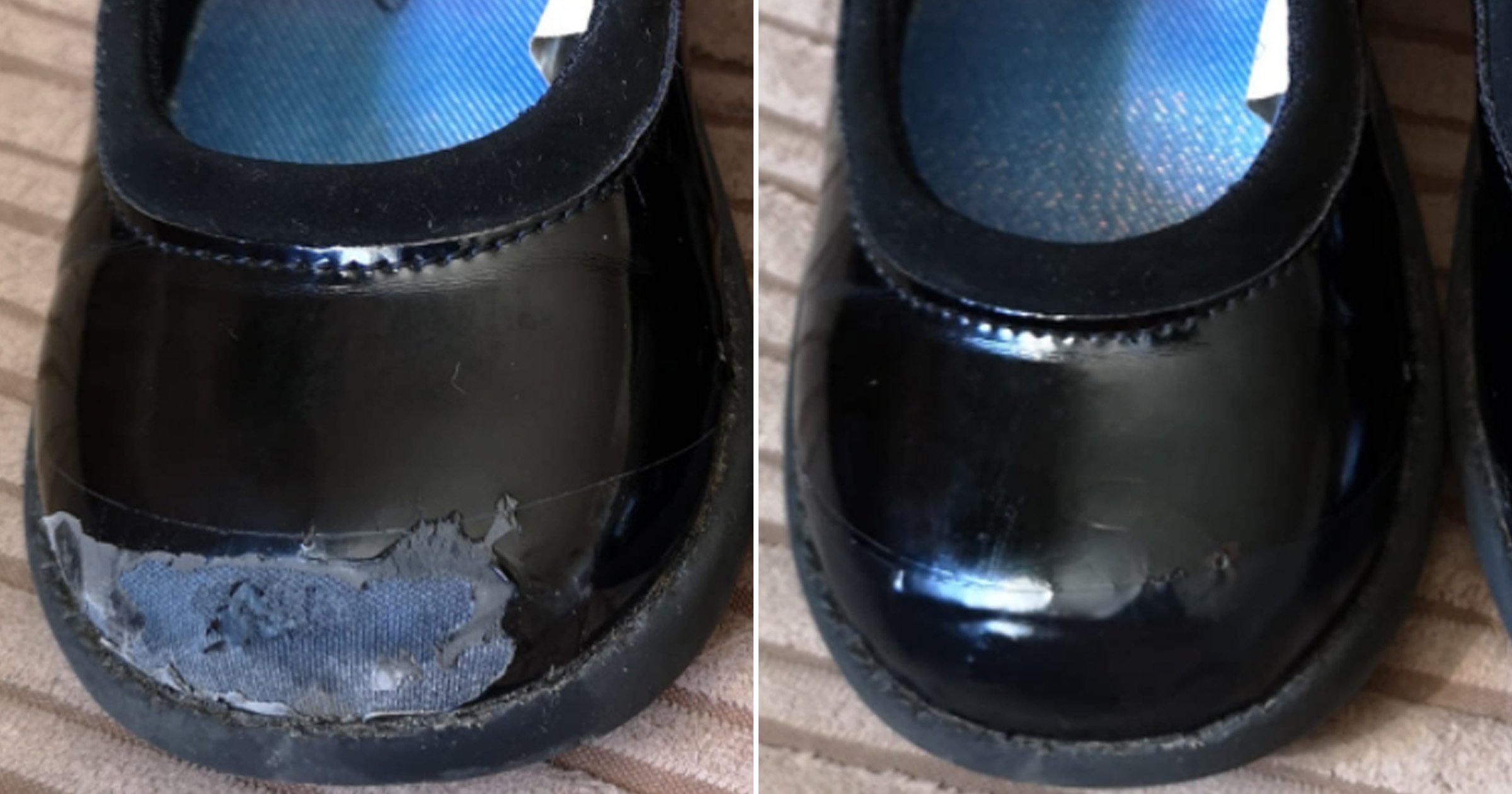 School shoes are pricey and somehow, kids end up wrecking them pretty quickly.

But one mum has come up with a way to make them last longer, even when the toes have been destroyed.

The damage was just cosmetic and the shoes were still wearable.

Spending just 89p, she got some electrical tape and applied it over the scuffs to disguise them.

She wrote: ‘When I bought my kid’s first pair of school shoes within three weeks she had damaged the toes, which looked horrible. But I couldn’t bring myself to buy another pair knowing the shoes still had loads of life in them.

‘So I thought I’d tape the toes with electric wire tape. They lasted ages and I’ve now done the second round on the same pair.. Ready to last hopefully another few months!’

Using tape also means she can easily add more once it starts to peel off.

Speaking to Manchester Evening News, Veronique said she paid £12 for the shoes but has managed to get much longer out of them because of the hack.

She had tried using Sharpie pens and nail varnish but thought it looked obvious so the tape was her next idea.

Since applying the tape, she says no one has noticed it.

Hundreds of other parents commented to say they loved the idea.

One said: ‘Omg this is such a good idea, Bella’s are scuffed after a few weeks, this would see her through til July.’