That’s one way to stop it ringing! Labour MP Claudia Webbe throws her phone to the Commons floor in frustration after it disturbs her mid-speech

Labour MP Claudia Webbe was in full flow in the House of Commons yesterday when she was rudely interrupted – not by another member of the house, but by her own mobile phone.

Webbe, MP for Leicester East, looked hugely frustrated as she was forced to break off from the important address on immigration when the lively ringtone went off behind her.

Apologising to the house, she tried in vain to continue, only for the caller to keep persistently on the line.

Cameras in the Commons picked up the moment Webbe then, clearly exasperated, clattered her phone to the chamber floor where it eventually fell silent. 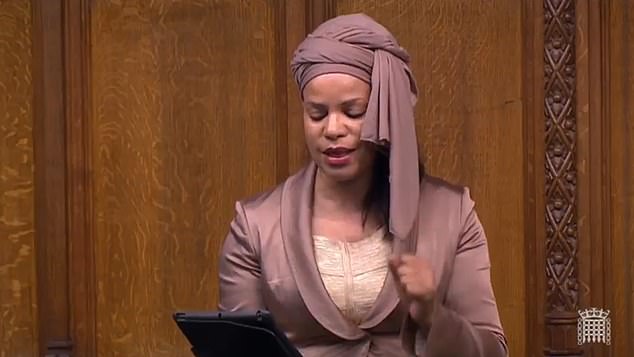 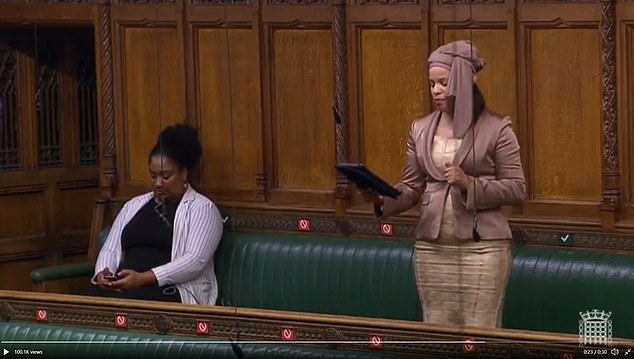 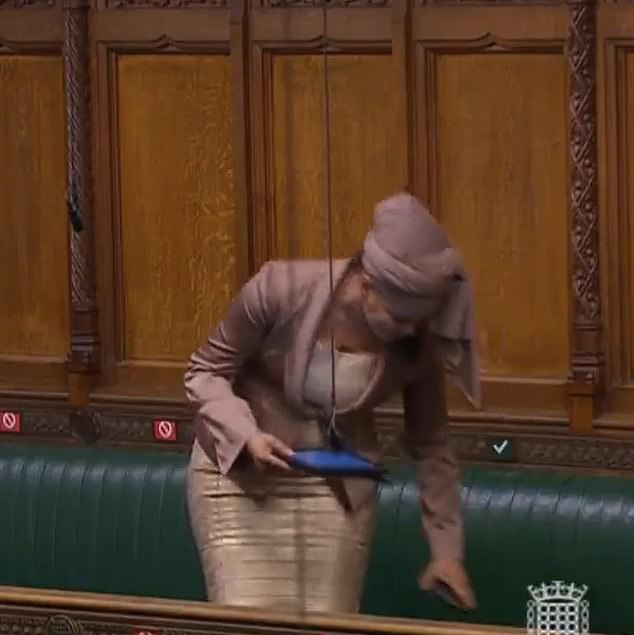 The clip of Webbe dropping her phone to the chamber floor – where it landed with a clatter and fell silent – has been shared more than 100,000 times after political reporter Alain Tolhurst posted it to his Twitter account

The footage was highlighted by political reporter Alain Tolhurst, who posted the incident on Twitter – and it’s now already been watched more than 100,000 times.

Many of those suggested that the MP could have dealt with the noise more calmly.

@WellBuiltLair wrote: ‘She could have put it on mute. No need for drama.’

@OBroinG added: ‘She should apologise to the Speaker, her constituents and donate a months salary to charity for her sheer rudeness.

‘All MP’s mobile phones should be switched off in the chamber – not on silent but turned off so they can give full attention to what’s going on.’

Others were sympathetic, saying it had happened to them.

@PiersMeynell penned: ‘Imagine you’re trying to give a key speech as an MP in the Commons and your phone keeps going off, you’ve got limited time and you don’t want to strength of your argument to be interrupted.

‘You’re under pressure. It’s not drama for effect, its exasperation and tech unfamiliarity.’ 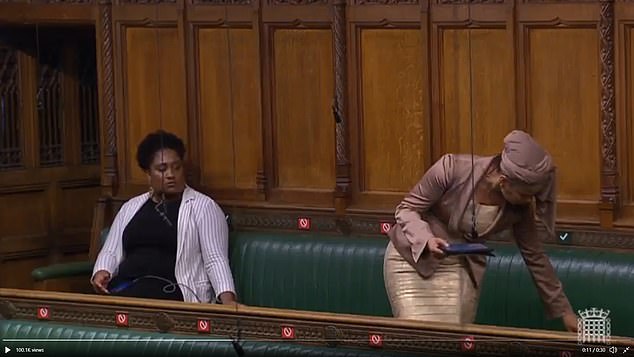 Many of those watching the clip said Webbe should have switched her phone off ahead of the important speech – while others were sympathetic, saying they’d experienced similar mishaps

Earlier this week, Webbe urged the council and Government to lock down her constituency Leicester East following a rise in cases of coronavirus.

There have reportedly been a surge of more than 600 in cases in just two weeks this month in the East Midlands city, which is home to around 340,000 people. The city had 271 Covid-19 deaths up to June 12.

The Labour MP slammed the Government’s social distancing rules as ‘at best confusing’.