Woman, 41, whose ‘horse teeth’ left her unable to close her mouth properly for DECADES shows off her stunning new smile after undergoing £6,000 dental treatment in Turkey

A mother-of-four who was unable to close her mouth properly for decades has finally found confidence in her smile after undergoing a £6,000 dental treatment in Turkey.

Leona Clarke, 41, from London, was ‘petrified’ of going to the dentist for 20 years and says she was targeted by cruel bullies in school who made fun of her ‘horse teeth’.

Having suffered with gingivitis as a child, which is an early stage of gum disease caused by the build-up of plaque, the stay-at-home mother claims the condition caused her front teeth to protrude from where her gums had receded.

Witnessing the impact it was having on Leona’s everyday life, the mother’s step-sister suggested that she look into having her teeth fixed in early 2020.

However when she approached various UK dentists, Leona was told that she needed to have ‘all fours’ – otherwise known as implants and crowns – fitted which would cost £22,000.

At this point, Leona started looking into cheaper procedures in Turkey and found a £6,000 package which included implants, bone graft, sinus lift and crowns. 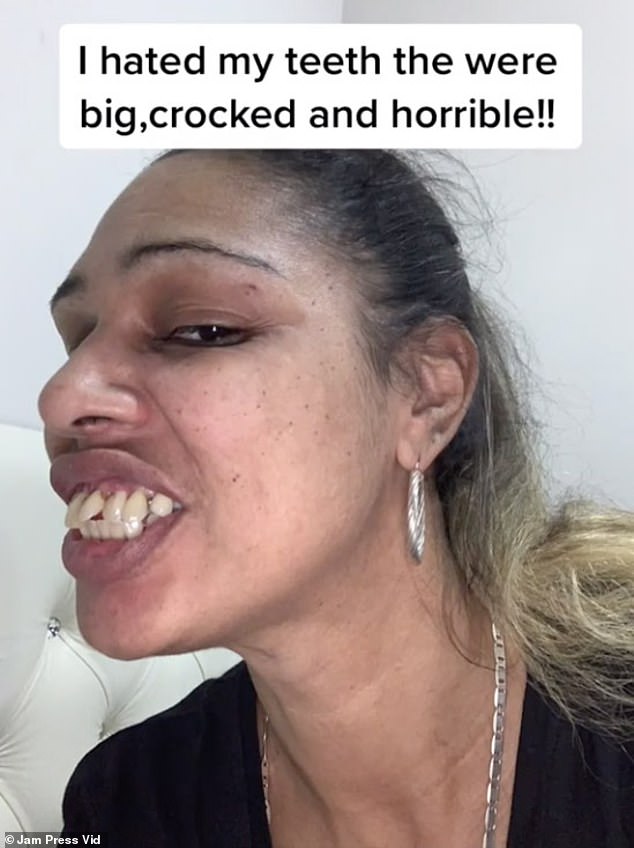 Leona Clarke, 41, was bullied for her ‘horse teeth’ in school. The mother pictured before having her teeth fixed 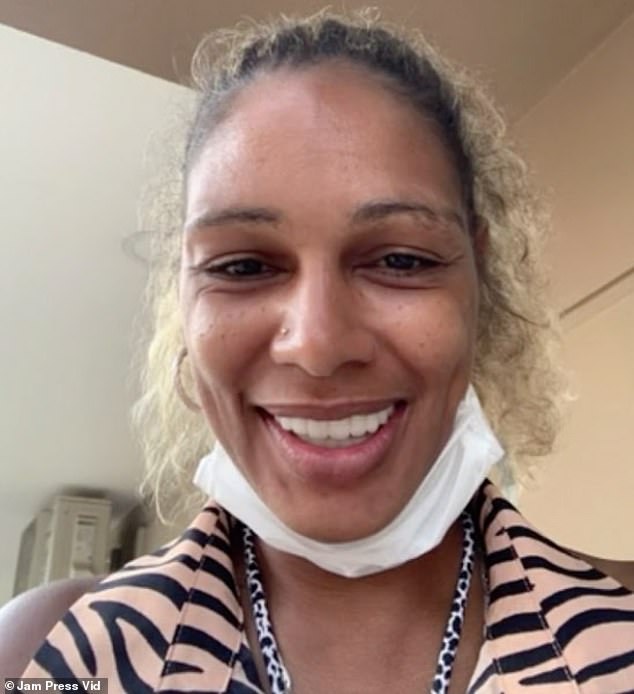 The mother-of-four travelled to Turkey for two surgeries in 2020 to fix her smile. Pictured in August 2020 after the second procedure

Opening up about the effect her teeth before her transformation had on her self-esteem, Leona said: ‘My teeth were horrific, they were big, bulky and embarrassing.’

‘I had zero confidence, I would not smile in photos and people thought I was quiet because my mouth was always closed.

‘I was referred to as having horse teeth which stuck like glue in my head and even started seeing this myself when I looked in the mirror.’

Over the years, Leona says she could only pluck up the courage to go to the dentist if she had sunglasses and headphones to block out the drilling.

Discussing a ‘traumatising’ childhood visit to the dentist, she continued: ‘I have been terrified of drills and dentists for decades. I remember hearing the drill as it went through my body like someone scratching on a board, I was petrified and in a lot of pain.’ 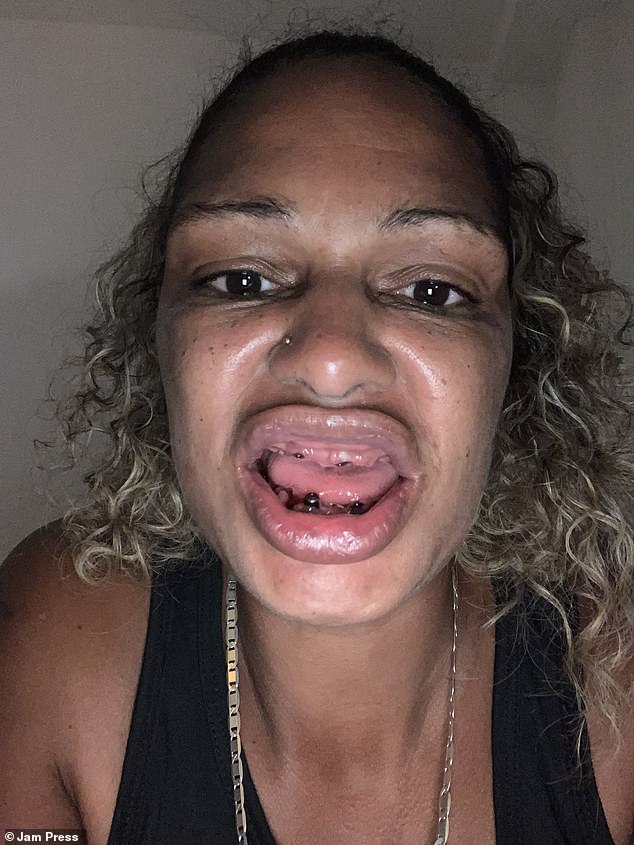 Doctors removed all but four of Leona’s teeth during the first surgery. Leona pictured after her first procedure in March 2020 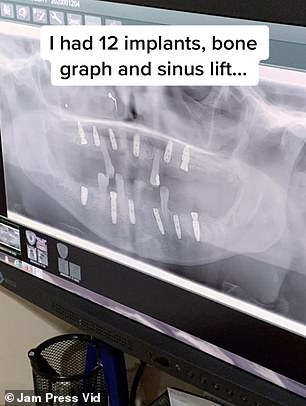 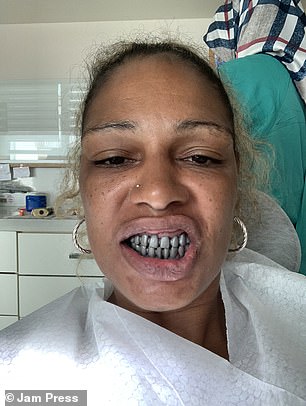 Leona found a £6,000 package which included implants, bone graft, sinus lift and crowns in Turkey. Pictured left: an X-ray of Leona’s teeth when she first arrived. The mother-of-four was sent back to the UK with temporary teeth in March 2020. Pictured right: Leona showing off her false teeth after her first surgery

What’s more, Leona’s front-teeth protruded so dramatically that the mother was unable to close her mouth for years.

Recalling her decision to fix her teeth, she said: ‘The Turkey clinic said I would need quite a lot of work, as I had bone loss and that I’d need two visits, with a 10-day stay for each.

‘I made a mistake of Googling the procedure beforehand and this frightened me but knowing I would be able to have the perfect smile in as little as six months made it all worth it.’

In March 2020, Leona underwent her first eight-hour procedure – which involved dentists removing all but four of her teeth.

She said: ‘Sitting in the chair was actually OK, and not understanding what the surgeon and nurse were speaking about kind of helped.

‘I was excited and anxious at the same time, excited for the outcome but anxious about feeling or hearing anything. 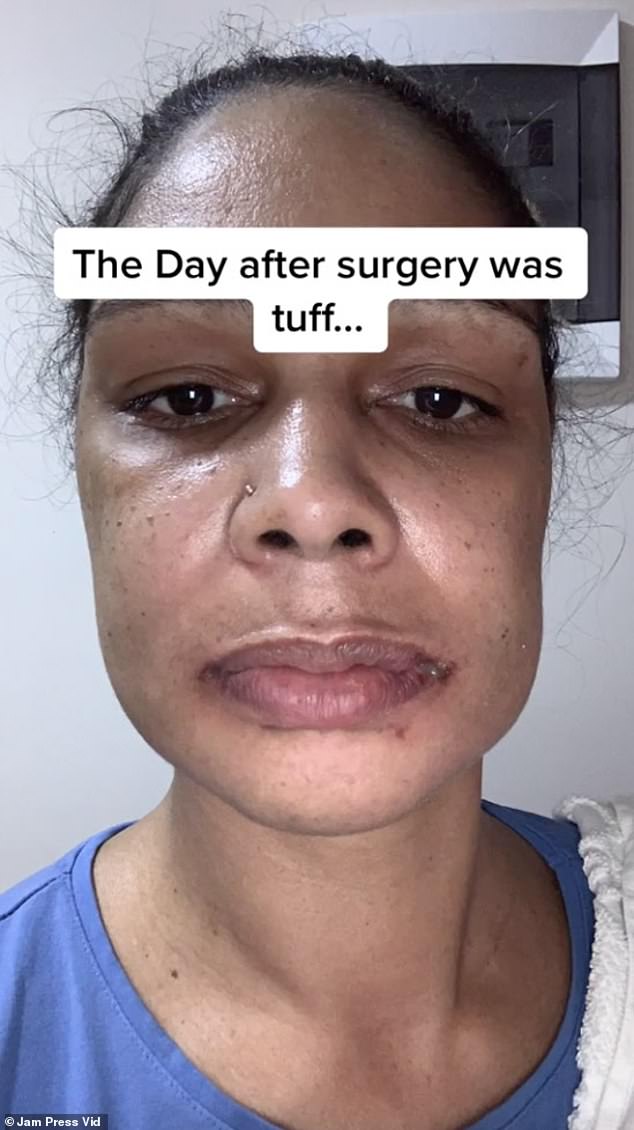 The mother-of-four could only eat soft foods in the immediate aftermath of the surgery. Pictured recovering from the procedure

‘They removed all my teeth, apart from four which they left in for a frame and they ground my own teeth into a paste.  They used this to rebuild my bone for the graft and I also had 12 implants, as well as a sinus lift in the first surgery.

‘I was very confused as I woke up and the next few days were tough, as I was quite swollen and I couldn’t eat anything.’

During the procedure, doctors found that Leona also had four root canals so she was sent home with temporary teeth.

Five months later, she flew out to Turkey again for her second round of treatment. 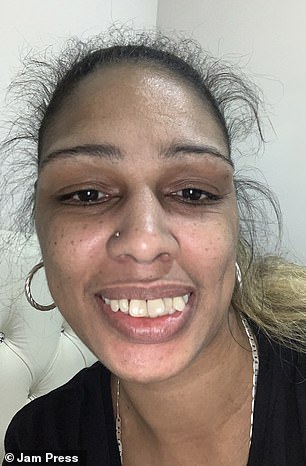 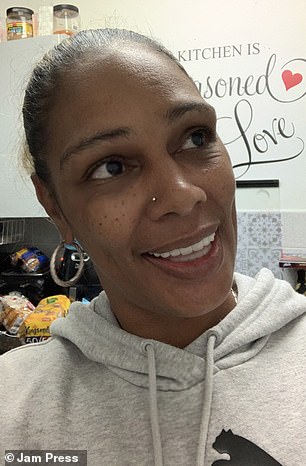 Before and after! Leona spent £6,000 on her new smile and says she no longer feels the need to cover her teeth in pictures

During the lengthy surgery, Leona’s temporary teeth were removed and her new set were implanted with their caps.

Gingivitis is an early stage of gum disease caused by the buildup of plaque, a naturally occurring biofilm containing bacteria, on the tissues that surround the teeth.

This swelling is often caused by the buildup of plaque.

If left untreated, gingivitis can develop into a more severe form of gum disease, known as periodontitis, which is a major cause of tooth loss in adults.

Gingivitis is often painless, so if you exhibit any signs or symptoms be sure to visit your dental professional for a proper assessment and to determine a course of treatment.

She said: ‘The healing process took three months, so eating was quite hard I had to purée my food for the first six weeks.

‘I couldn’t chew properly so I could only eat soft food that was easy to swallow. I was so hungry I lived on rice and mashed potatoes.

‘I remember taking my children to McDonald’s, and all I wanted was a French fry, so I sucked the potato out and discarded the crunchy outside!’

‘Since my surgery, everything has been great and I can eat what I like, as well as never having toothache again.’

Since recovering from her second surgery, Leona says her new smile has worked wonders for her confidence.

She added: ‘I have personally sent others to my surgeon for the same treatment, one being my cousin who has finished and another two of my friends. It’s like a domino effect.

‘I would say to anyone thinking of having it done, to really research the clinic and ask to speak with patients who have had the procedure.

Needless to say, Leona’s four children are also thrilled to see their mother finally confident with her smile and accompanied her to Turkey in August 2020.

While her eldest two commented on how Leona’s face has ‘changed shape’, her younger children couldn’t help but gush over her ‘clean and shiny’ new teeth.

Earlier this year, Leona shared a video documenting her experience on TikTok which went on to amass over 73,100 views and thousands of likes.

COVID-19 antigen test recalled after officials say it was counterfeit, not FDA approved

'The Vampire Diaries': Nina Dobrev Said 'It Was a Challenge' to Kiss Ian Somerhalder in This Scene

Avicii Collaborators Reflect on Beloved DJ’s Death, and the Album it Birthed