A mother has been mocked by trolls online after showing off her baby Grinch shoulder tattoo – but she says it helps her have a ‘better sex life’.

Maygen Steadman, from Texas, took to her TikTok @crustyassmom4.0 to proudly showcase her ink.

However trolls rushed to the comments to poke fun at the quirky green tattoo which read ‘Santa, bye-bye.’

Meanwhile she went on to argue the tattoo has actually improved her sex life – because it means her partner lasts longer in bed. 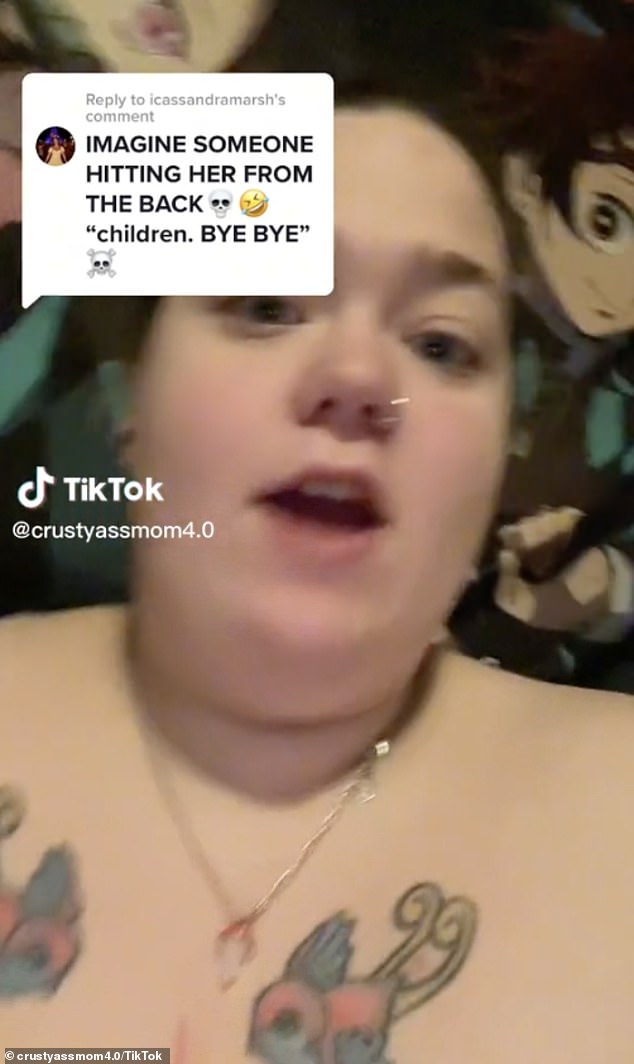 Maygen Steadman, from Texas, has been mocked by trolls online after showing off her baby Grinch shoulder tattoo on TikTok-  however she claims it helps her have a ‘better sex life’

In the duet clip, which racked up over 3.1 million views, another TikToker called Brooke first showed off her incredibly intricate ink.

As Brooke lifted up her T-shirt the text on screen read: ‘I heard we were showing off our back tats…’

The video then cuts to @crustyassmom4.0 lifting up her Nike T-shirt to reveal hers.

The tattoo depicts an image of the baby Grinch from the Christmas film decorated with a fairy lights border. 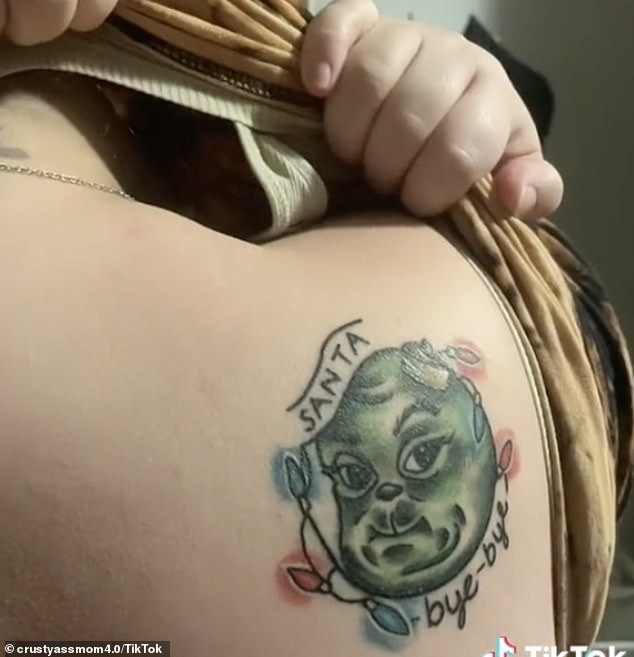 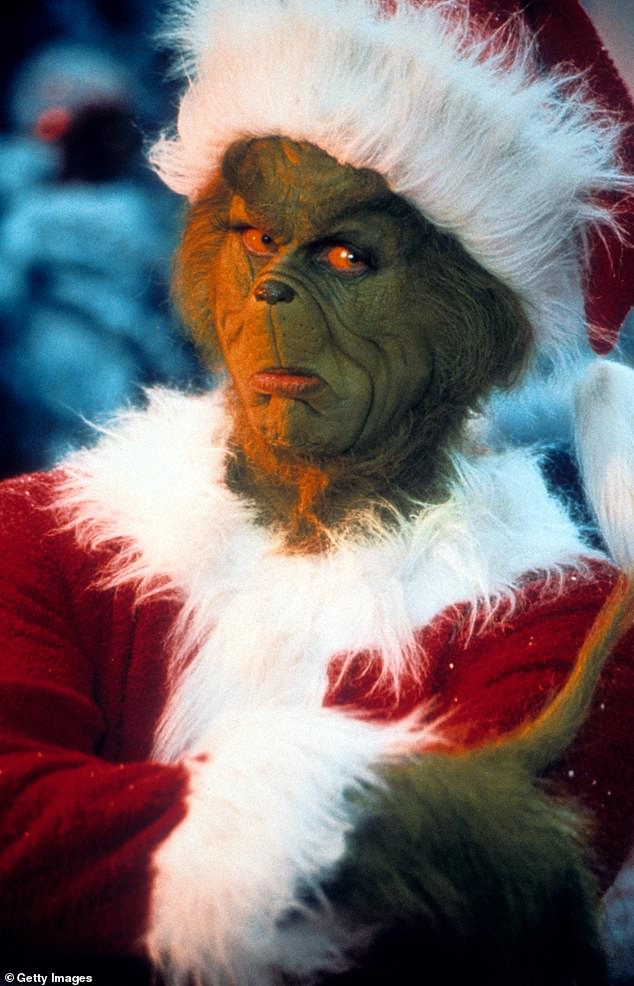 Jim Carrey with arms crossed in a scene from the film ‘How The Grinch Stole Christmas’, which was released in 2000

People rushed to the comments to leave their thoughts on the ink but many mocked the Grinch tattoo.

One person said: ‘I cried for at least 10mins from laughing so hard. I almost p***ed my pants.’

Another wrote: ‘I have never screamed louder.’ While a third wrote: ‘was ready for anything except that.’

However some people voiced that they loved the tattoo and found it hilarious.

One person wrote: ‘This is literally the funniest tattoo I’ve ever looked at.’

Another wrote: ‘As someone who loves the Grinch I’m obsessed with this’.

While another said: ‘Girl that tattoo has been in my Pinterest board for years lol. I also have a Grinch tattoo but old Grinch.’

However after some people claimed a tattoo like that could ruin someone’s bedroom antics the mother assured her followers that the tattoo has helped her have a better sex life.

She said her theory is the inking helps her partner last longer in bed.