Home » Lifestyle » Meghan Markle’s fans are being asked to pay $1,750 to watch her speak for 15 minutes at a virtual summit 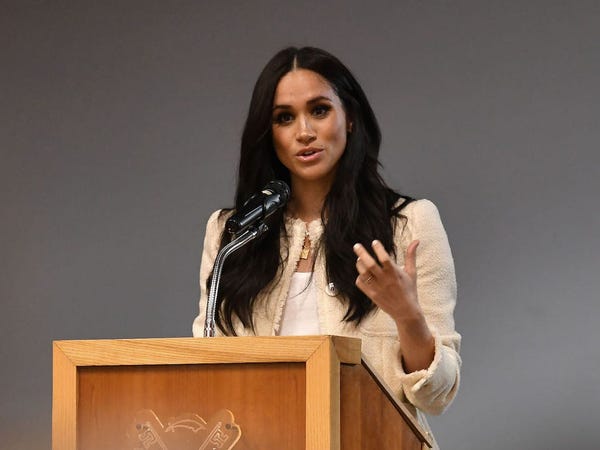 The Duchess of Sussex will appear at an exclusive virtual summit that charges $1,750 per ticket.

Meghan Markle has a 15-minute speaking slot at Fortune's Most Powerful Women Next Gen Summit on Tuesday, October 13, where she will discuss the topic of courageous leadership.

The duchess will show participants how to lead on the world stage and "how she's learned to, in her words, chase her convictions with action," according to the summit's official website.

However, unlike Markle's previous virtual appearances, which were free to watch online, attendance at this event has been limited by invitation only.

"Participation in the Fortune Most Powerful Women Next Gen Summit is by invitation only, and subject to approval," the website reads.

"The registration fee of US $1,750 includes the virtual Summit and all benefits."

Markle and Prince Harry have made virtual speaking engagements a priority after stepping down from their roles as working royals. The couple signed with Harry Walker— the same speaking agency that represents the Obamas — in June.

Harry and Markle recently joined Malala Yousafzai to speak about the importance of girls' education on the International Day of the Girl, and they also made their first joint podcast appearance to discuss mental health.

Representatives for the Duchess of Sussex declined to comment when contacted by Insider. Fortune did not immediately respond to Insider's request for comment.