Snag a piece of the Duchess’ past! Meghan Markle’s #24 Deal or No Deal briefcase is going up for auction, 12 years after she appeared on the show – and it’s expected to sell for $6,000

Meghan Markle’s briefcase from her days on Deal or No Deal is hitting the auction block, where it is predicted to sell for up to $6,000.

Back when the 38-year-old Duchess of Sussex was a struggling actress in Hollywood, she appeared as a briefcase girl on the game show for 34 episodes from 2006 to 2007.

And now fans with money to spare can snag her favored briefcase — number 24 — from the Profiles in History’s Hollywood: A Collector’s Ransom auction, where it’s expected to fetch between $4,000 and $6,000. 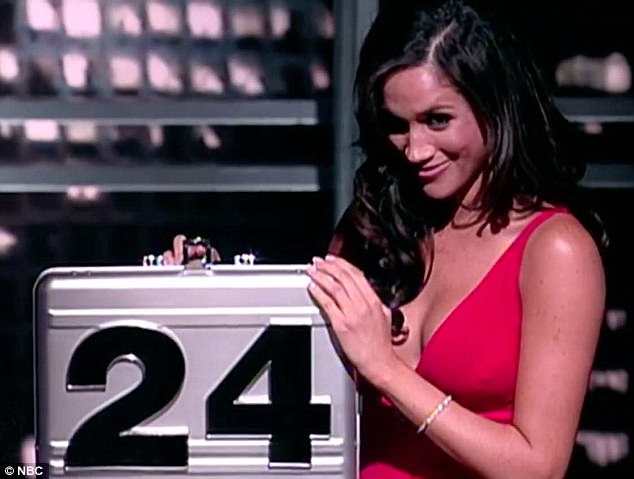 Bidders at the ready! Meghan Markle’s briefcase from her days on Deal or No Deal is hitting the auction block 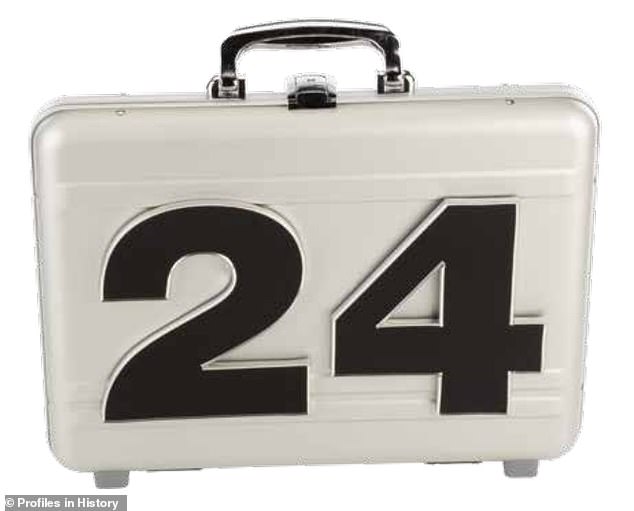 Her go-to accessory! The 38-year-old most frequently held number 24

Double whammy: The auction listing notes that the briefcase was also featured during Donald Trump’s guest appearance on the show

Meghan used briefcase number 24 for 31 of the shows she appeared on, after testing out numbers 11 and 12 during her first few stints.

The item is described as an ‘original game show prop briefcase constructed from lightweight, deep drawn aluminum, with chrome handle, hinges and a latch look closure.’

The listing points out that the case was also featured previously with Donald Trump during his Season 1 guest appearance, when he served as an advisor to a contestant who selected the case.

Meghan has spoken briefly about her days on the show. Looking back on her time there, she told Esquire in 2013 that the pretty-girl-with-a-briefcase job was a way to pay the bills.

‘Definitely working on Deal or No Deal was a learning experience, and it helped me to understand what I would rather be doing,’ she said, adding that it was ‘in the category of things I was doing while I was auditioning to try to make ends meet.’

Some of Meghan’s fellow models also had nice things to say.

‘I am especially a fan of Meghan,’ Chrissy Teigen told Mail on Sunday this year. ‘I was on Deal or No Deal with her and she was lovely. Now everyone asks me what she was like and I say, “Sorry, no dirt. She’s gorgeous.”’

‘Meghan is beautiful, smart, talented, I feel she absolutely deserves to be a princess,’ former suitcase girl Aubrie Lemon told Inside Edition.

‘One day she was next to me getting fitted for her dress, and the next day she’s going to be the future princess,’ Leyla Milani joked, before adding: ‘She was always reading scripts behind the scenes when we had our down time… she was always working on her craft.’ 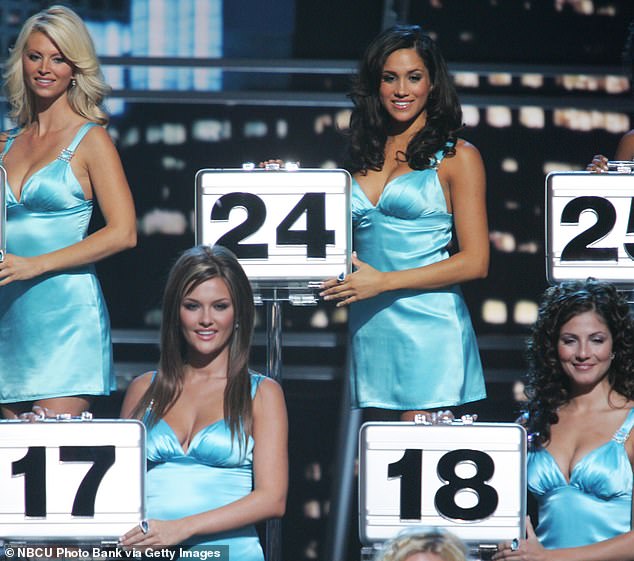 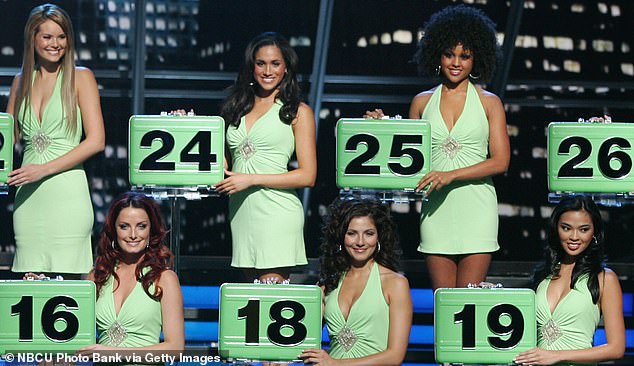 A job: Meghan told Esquire in 2013 that the pretty-girl-with-a-briefcase job was a way to pay the bills 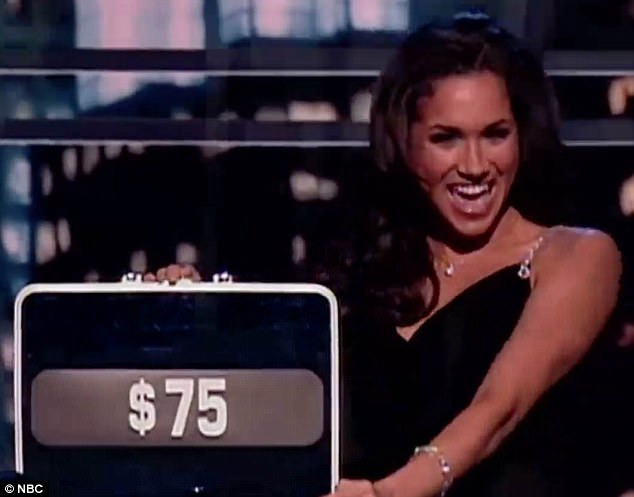 Aspirations: Meghan said the gig ‘helped me to understand what I would rather be doing’ 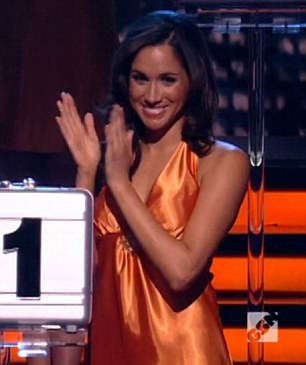 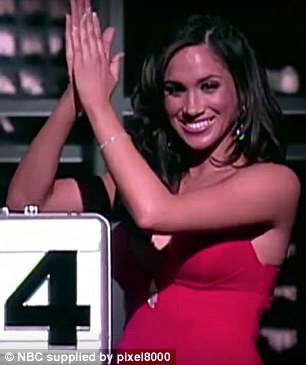 Working hard: It was ‘in the category of things I was doing while I was auditioning to try to make ends meet,’ she said

But host Howie Mendel admitted in a 2018 interview on the Dr. Oz Show that he didn’t even remember the Duchess.

‘What do I remember? I’m going to be totally honest with you. Nothing. I don’t remember Meghan. I don’t,’ he said.

Gesturing to a photo of Meghan as a briefcase girl, Howie said, ‘I saw that picture when she became the Duchess or when she got engaged.

‘I saw that picture and they went, “She was a Deal or No Deal model,” and I go, “Really? Really? What number?” Then that picture, put up that picture again, as I was trying to remember, what number was she? There’s no number even on her case. So, how do you know she was actually a model?

‘I think she’s just a young lady with a lot of baggage,’ he joked.

But Howie did find some some generic nice things to say. 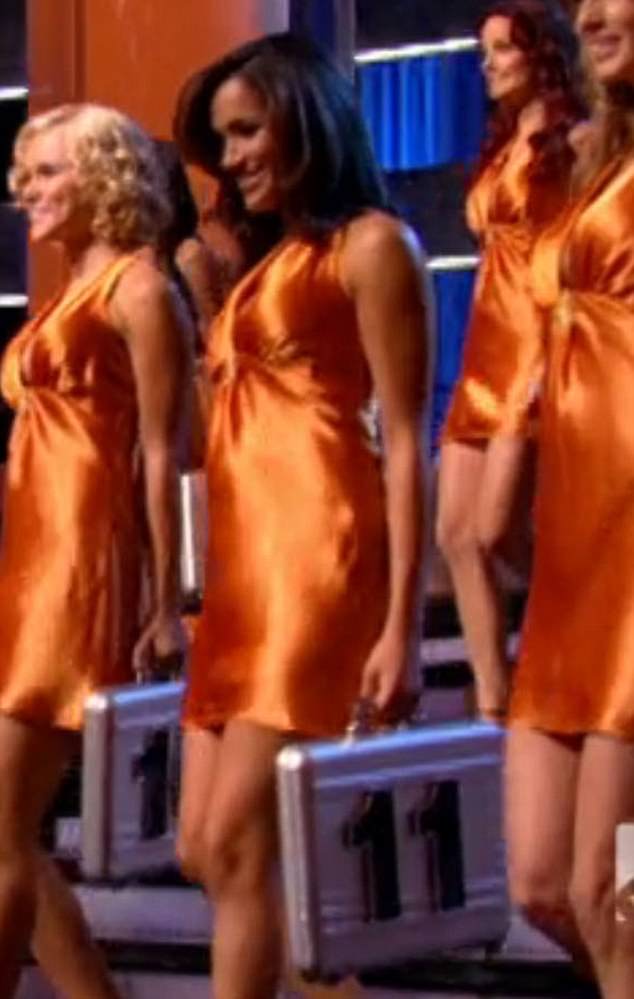 Ditched that one! Meghan had carried two other suitcases in her first few episodes, including number 11 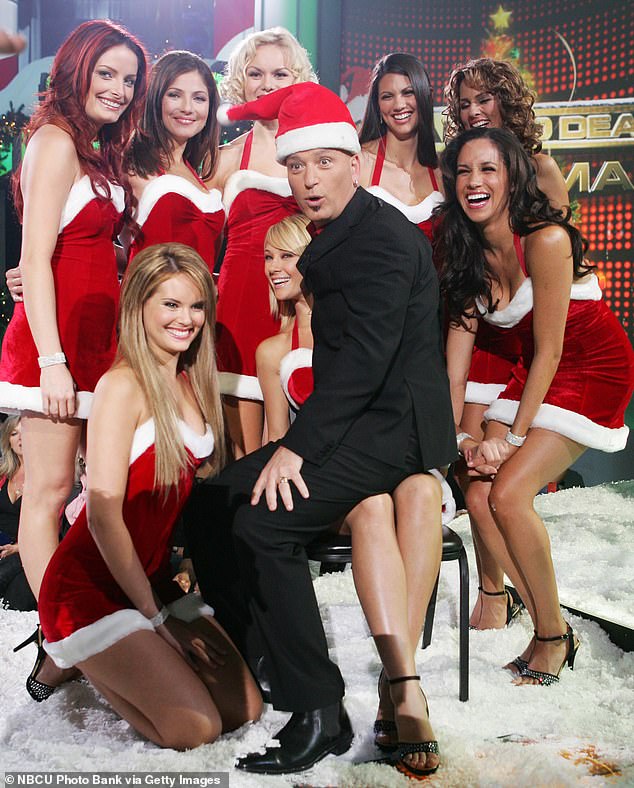 Side-by-side: Host Howie Mendel has admitted he doesn’t remember Meghan, pictured right, from her time on the show 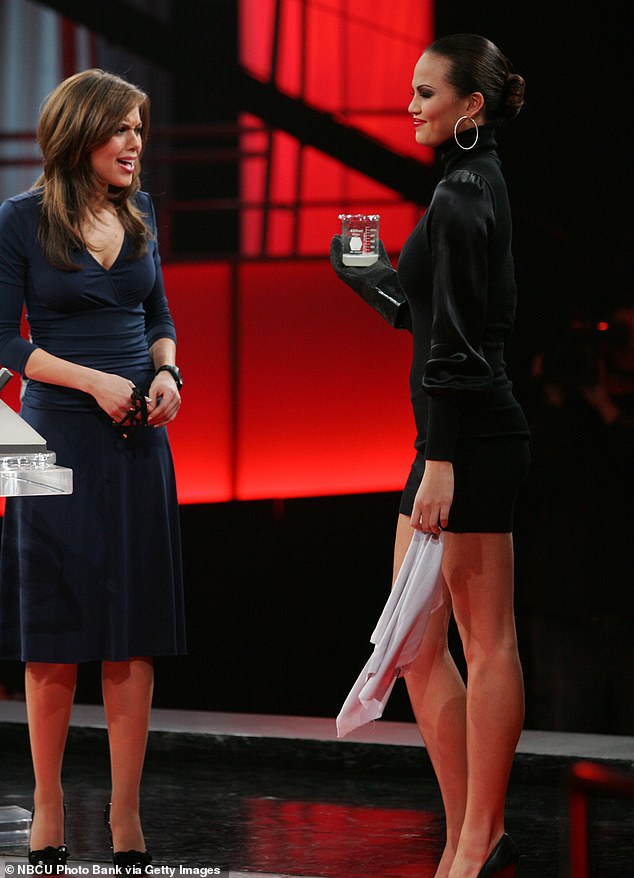 ‘She was lovely’: But Chrissy Teigen, 34, had nice things to say about her fellow briefcase girl

‘She’s a wonderful, beautiful, young lady and I’m so happy for her. All I want for each and every person, they don’t even have to be on my show to be successful and healthy,’ he said.

When asked about Meghan at a Television Critics Association event in August 2018, he joked that she was ‘slightly duchessy’ before praising all the women who held up the briefcases on the show.

‘Not everybody will have the opportunity to meet royalty, but these are all accomplished people that have something substantial — they’re not just standing there holding a case,’ he said.

‘They have careers, they have hobbies, they have families, they’re entrepreneurial—they’re all people. So, when somebody like Harry meets somebody who just happened to be on our show, there’s a lot to offer.’

Will BTS Perform On ‘The Voice’? The ARMY Is Convinced It’s Happening For A Few Reasons

Why Didn’t Prince Charles Marry Camilla First and Does He Regret It?