‘Pull at the heartstrings’: Meghan Markle wrote gushy letter to ‘Daddy’ knowing it might be leaked: PR guru

Meghan Markle brought some special bling to the red carpet.

She paired the special sparkle with her all-red outfit – a Carolina Herrera dress and matching Giuseppe Zanotti heels – for the event at the Intrepid Sea-Air-Space Museum in NYC, further accessorizing with a gold Cartier bracelet and Birks earrings.

Markle walked the red carpet with Prince Harry, who presented the 2021 Intrepid Valor Awards to five US service members at the gala. 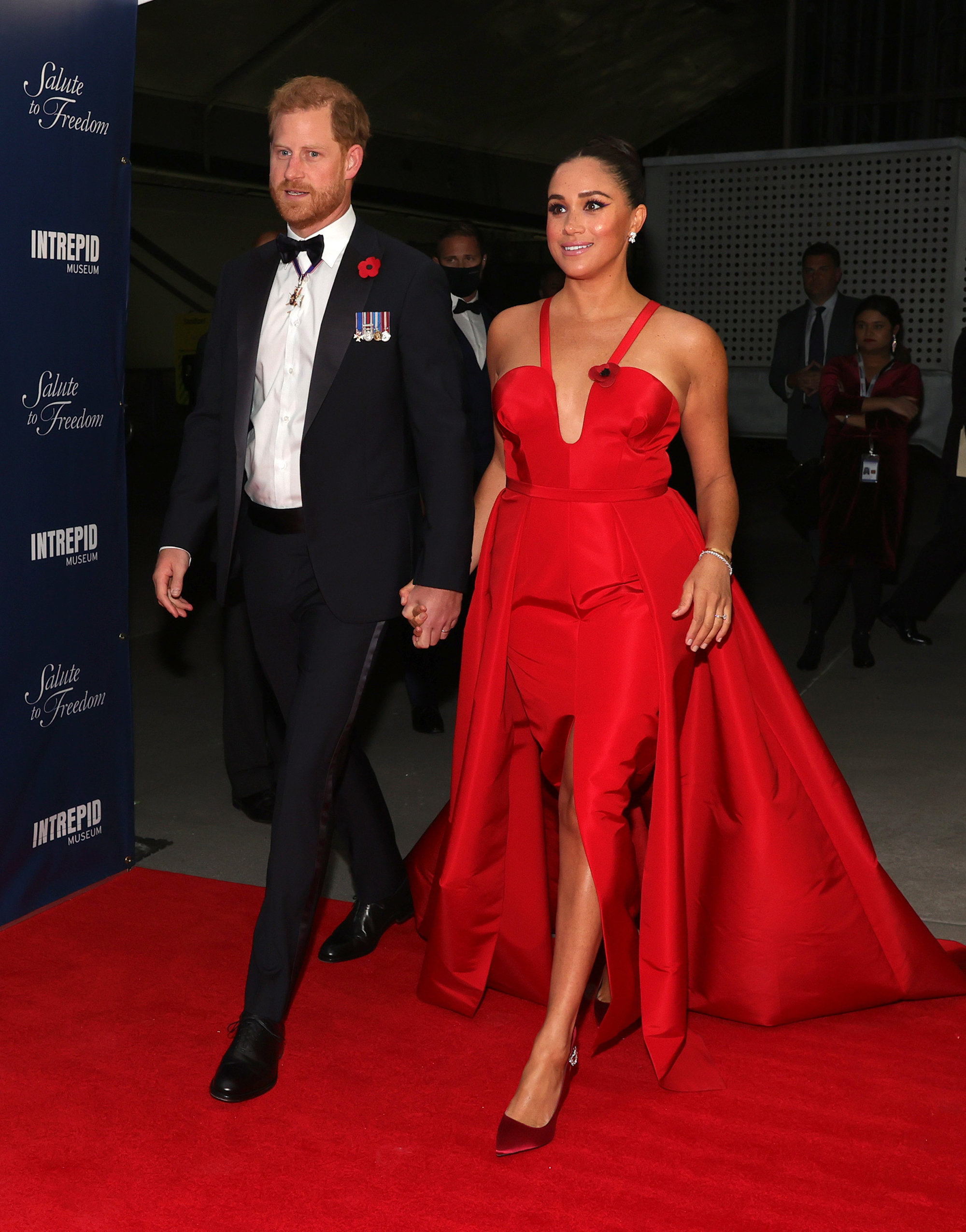 It’s hardly the first time Markle has picked Princess Diana’s bracelet for a public appearance, as she memorably wore the same precious piece during her tell-all interview with Oprah Winfrey in March.

“They wanted to wear the bracelet to have [Harry’s] mother there with them during the interview,” a spokesperson for the Duchess explained to the “Today” show at the time.

The meaningful bling has been a part of Markle’s collection for much longer, however, as she first donned the Cartier design for a state dinner in Fiji and a reception in Tonga in October 2018. 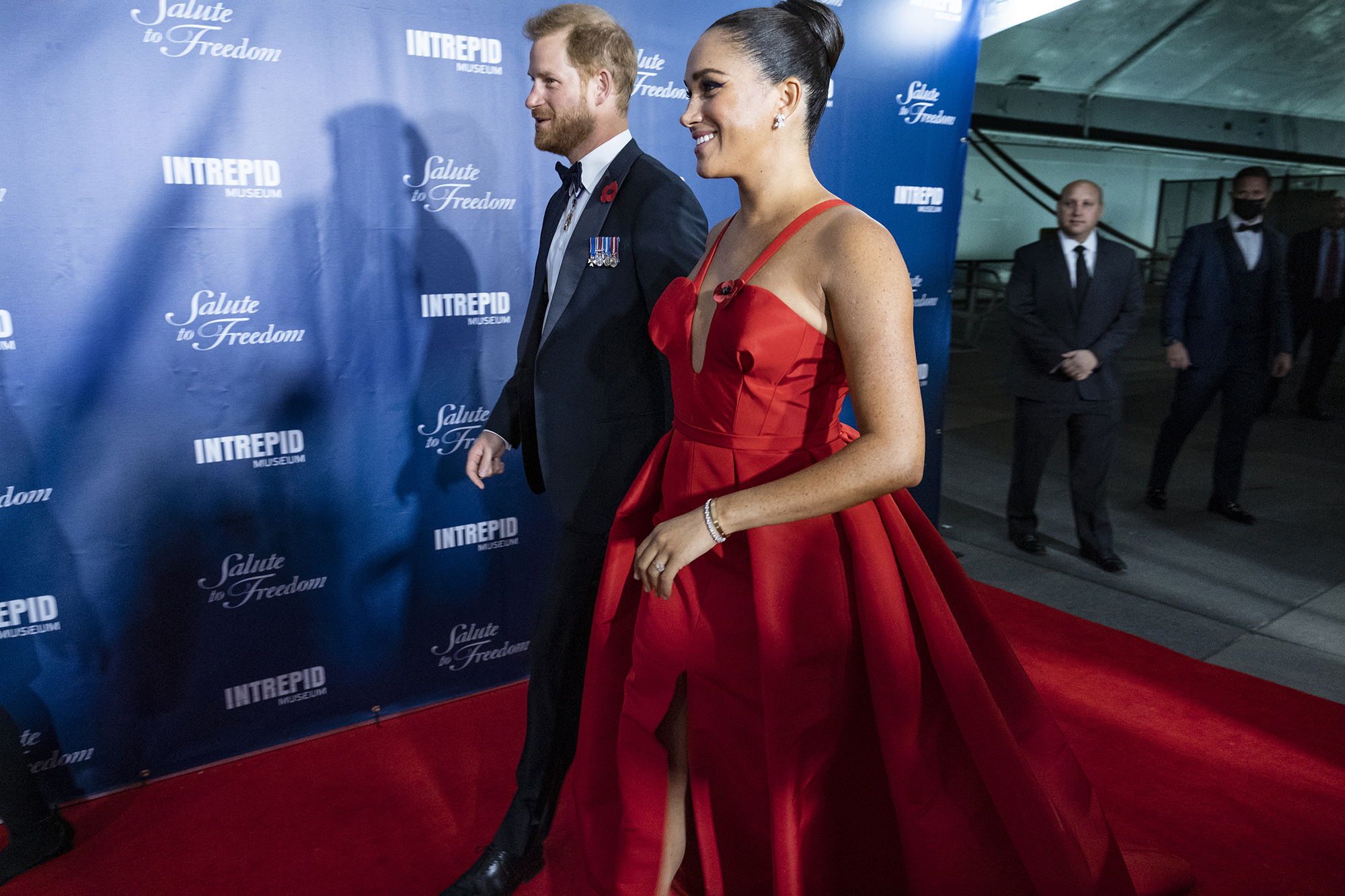 Even when she’s not wearing the bracelet, the former “Suits” star has part of the special piece with her; two diamonds from the design were used to create her three-stone engagement ring in 2017.

“The main stone itself I sourced from Botswana, and the little diamonds [on] either side are from my mother’s jewelry collection to make sure that she’s with us on this — on this crazy journey together,” Prince Harry said at the time.

Markle often nods to her late mother-in-law during important moments, whether wearing her aquamarine ring during her wedding reception in 2018 or paying homage with her outfit at Trooping the Colour the same year.

Most recently, she carried a modern rendition of the royal’s go-to Dior bag for an appearance at Global Citizen Live in NYC this September.

Liven Up Your Next Video Chat With These E! Backgrounds!