MCDONALD’S fans have been complaining about its new spicy quarter pounder burger, saying it’s too hot and the heat “spoils it”. 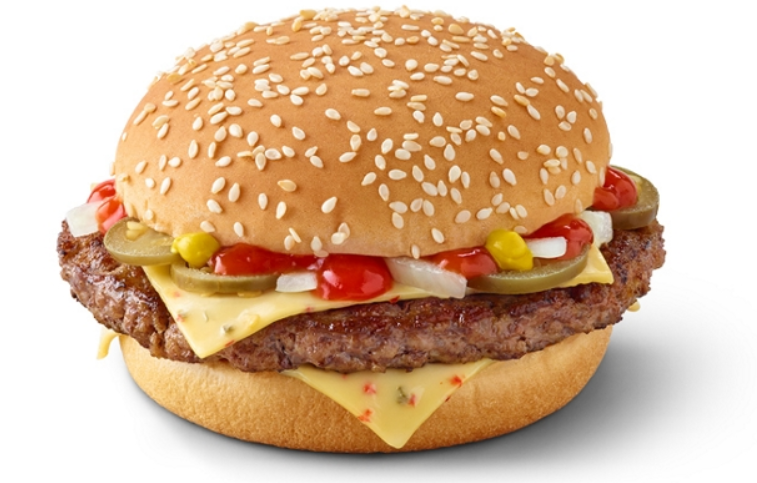 But some McDonald’s customers say the spice is “too much” and “overpowers” the burger.

One fan said the spicy ketchup tastes like Tabasco, although McDonald's hasn't confirmed this and it doesn't say what it is made from on its website.

It’s the opposite to what happened when McDonald’s released its spicy McNuggets, which were slammed by customers for not being hot enough.

Complaining on Twitter, one person said: “The tomato sauce tastes like the Tabasco tomato sauce they had for the spicy nuggets. It just overpowered it, and that’s all I could taste.”

Another said: “Spicy quarter pounder sauce is too much. Spoils it.”

A third tweeted: “Seeing as the McDonald’s spicy nuggets weren’t very spicy, I thought I’d try the new spicy quarter pounder. I wish I hadn’t, I now can’t taste anything.”

But some Maccies addicts have been enjoying the heat.

One said: “The new spicy quarter pounder from McDonald's is great.”

A second said: “Double spicy quarter pounder! Wow! You have to try it!”

The spicy quarter pounder, which is available for six weeks until November 17, is priced at £4.49 – although there's a secret hack where fans can double up their burger.

The little-known trick involves adding another beef patty to your order through the My McDonald's app or Just Eat or Uber Eats.

A McDonald’s spokesperson told The Sun: “Our new quarter pounder with Cheese range has been an incredibly popular new launch.

“We're delighted to offer our customers the choice of dialling up or turning down the heat; from the spicy quarter pounder for fans of fiery food, to the new quarter pounder deluxe with cool mayo, there’s something for everyone to enjoy.”

The fast food chain shut all of its 1,350 restaurants across the UK in March following coronavirus lockdown.

It first started reopening for home delivery orders on May 13, followed by dine-in customers on July 22.

Emmys 2020: Victoria Thomas Is The Woman Behind Your Favorite Series and Films

Paul Simon is selling his Connecticut estate for $13.9 million. Take a look at the 32-acre property, which comes with a private music studio where Simon recorded his last 4 albums