Mariah Carey is continuing to (quite literally) make a splash in sequins.

The songstress went swimming in a glittering Tom Ford gown to celebrate the 17th anniversary of her album “The Emancipation of Mimi” — which she called “one of her favorite albums ever” — in an Instagram Live Thursday.

“First of all, do you like the ensemble? I’m not going to tell you who makes it, but you like him,” Carey quipped during her livestream.

During the 20-minute video, she discussed the album, sipped a cocktail and — of course — made sure her crew wasn’t filming from her bad side.

Commenters were suitably impressed with Carey’s ensemble, with “The Emancipation of Mimi” producer Bryan-Michael Cox writing, “It’s a splash!” and one fan writing, “Living vicariously through Mariah’s posts. What a life. You deserve it.” 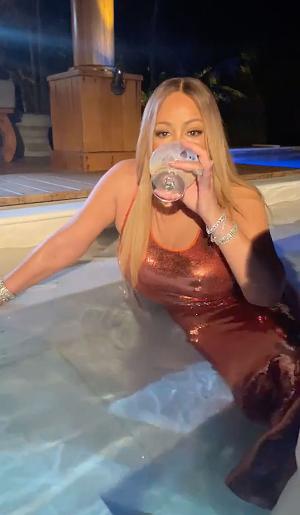 This isn’t Carey’s first fully-clothed dip. She started the tradition during her appearance on “MTV Cribs” all the way back in 2002, when she took a bath with her towel still on.

Since then, she’s taken things from the bathtub to the hot tub. 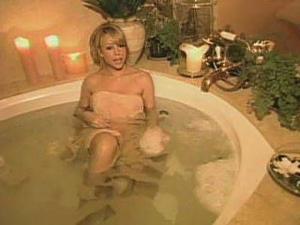 During the holiday season in 2021, she wore a black sequined gown in a snowy jacuzzi to celebrate her inescapable song “All I Want for Christmas Is You” spending another week at No. 1 on the Billboard Hot 100. 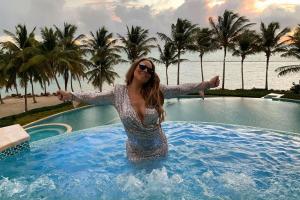 She also ventured into a hot tub during a trip to the Dominican Republic in January 2020, wearing a plunging silver sequined dress.

All we want for Christmas this year is another hot-tub dip from the diving diva.

The Queen Put The Monarchy First Ahead of Prince Harry and Meghan Markle, Royal Expert Says