Best star snaps of the week: The famous have fun with their families

She’s just trying to express herself.

Madonna wreaked havoc during her appearance on “The Tonight Show” Thursday when she crawled across host Jimmy Fallon’s desk and flashed her tush to the audience.

The “Material Girl” singer, 63, stopped by the late-night show to promote her new documentary, “Madame X,” and began the interview by saying that she wanted viewers to understand that “art is important in our lives.”

“Artists are here to disturb the peace,” Madonna said, quoting writer James Baldwin, adding, “And so, I hope that I have disturbed not only your peace this afternoon but people’s peace while they watch the show, but I mean that in the best way.”

“Good trouble,” Madonna, who was wearing a grill in her mouth, echoed before Fallon added, “Yeah, you really do.” 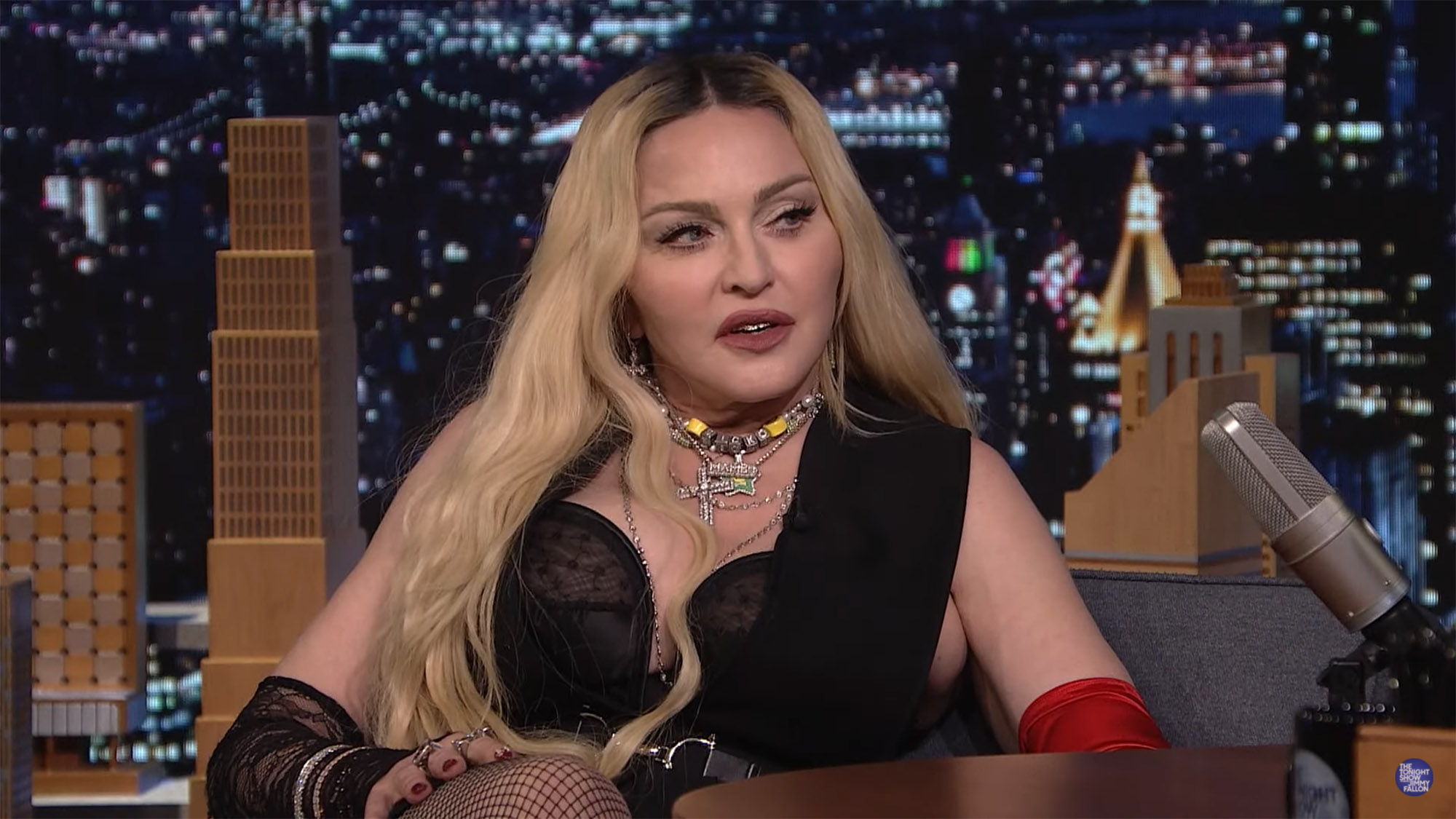 That’s when the Queen of Pop lunged forward and sensually climbed onto the comedian’s desk, pushing his coffee mug aside to show off her figure.

Fallon promptly freaked out, laughing and yelling, “Stop it!” as he attempted to cover up Madonna with his suit jacket to no avail.

The “Vogue” songstress eventually retreated, but not before saying, “No one’s going to see anything, my God!” 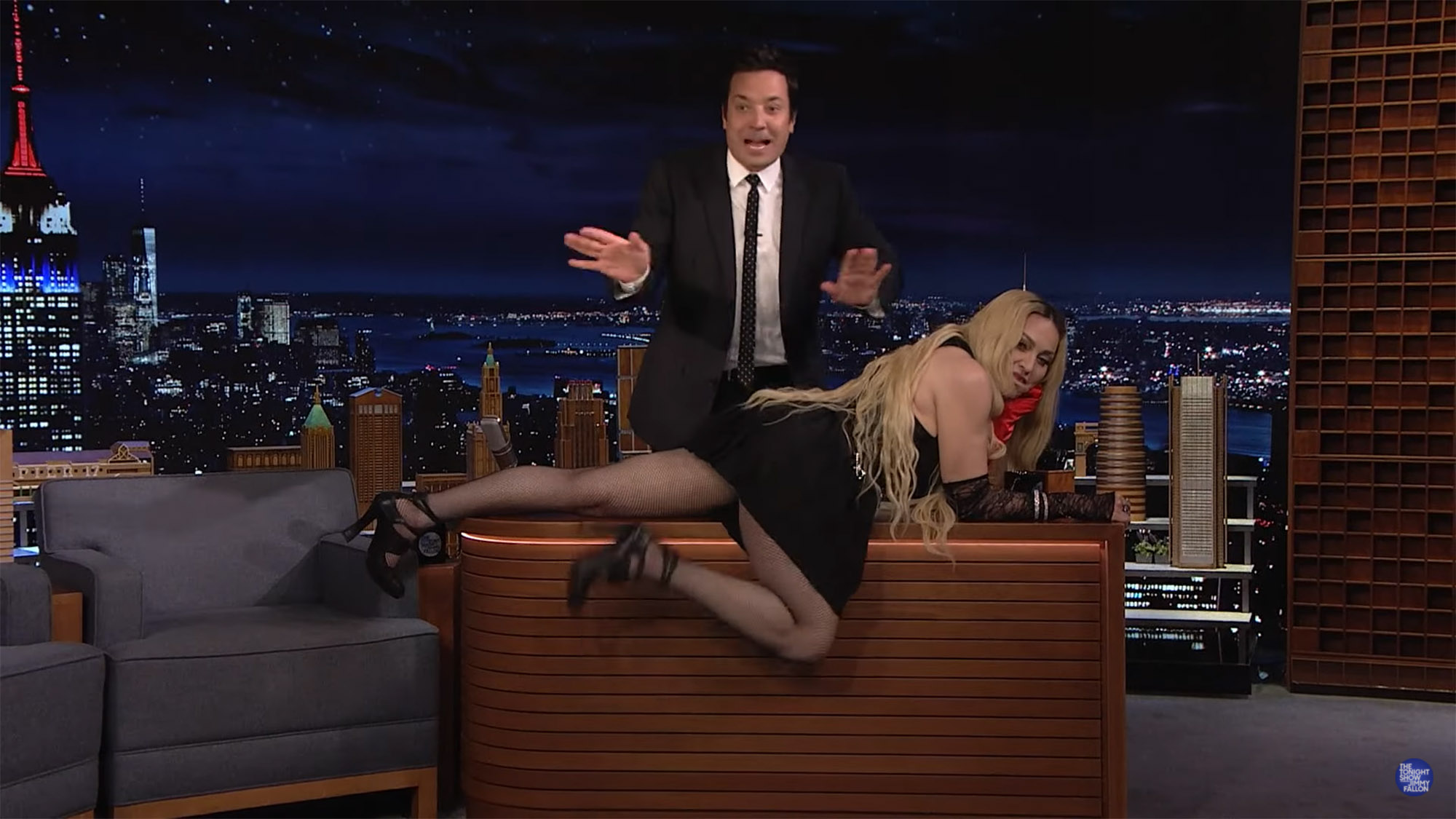 Making sure to get in one final stunt, Madonna turned around to lift up her skirt and flashed her black underwear to the studio audience.

As the Grammy winner and Fallon returned to their seats, he seemed extra frazzled, and she told him, “Life is not just about interviewing kiddies. Don’t you want to talk to an adult? Let’s have an adult conversation.” 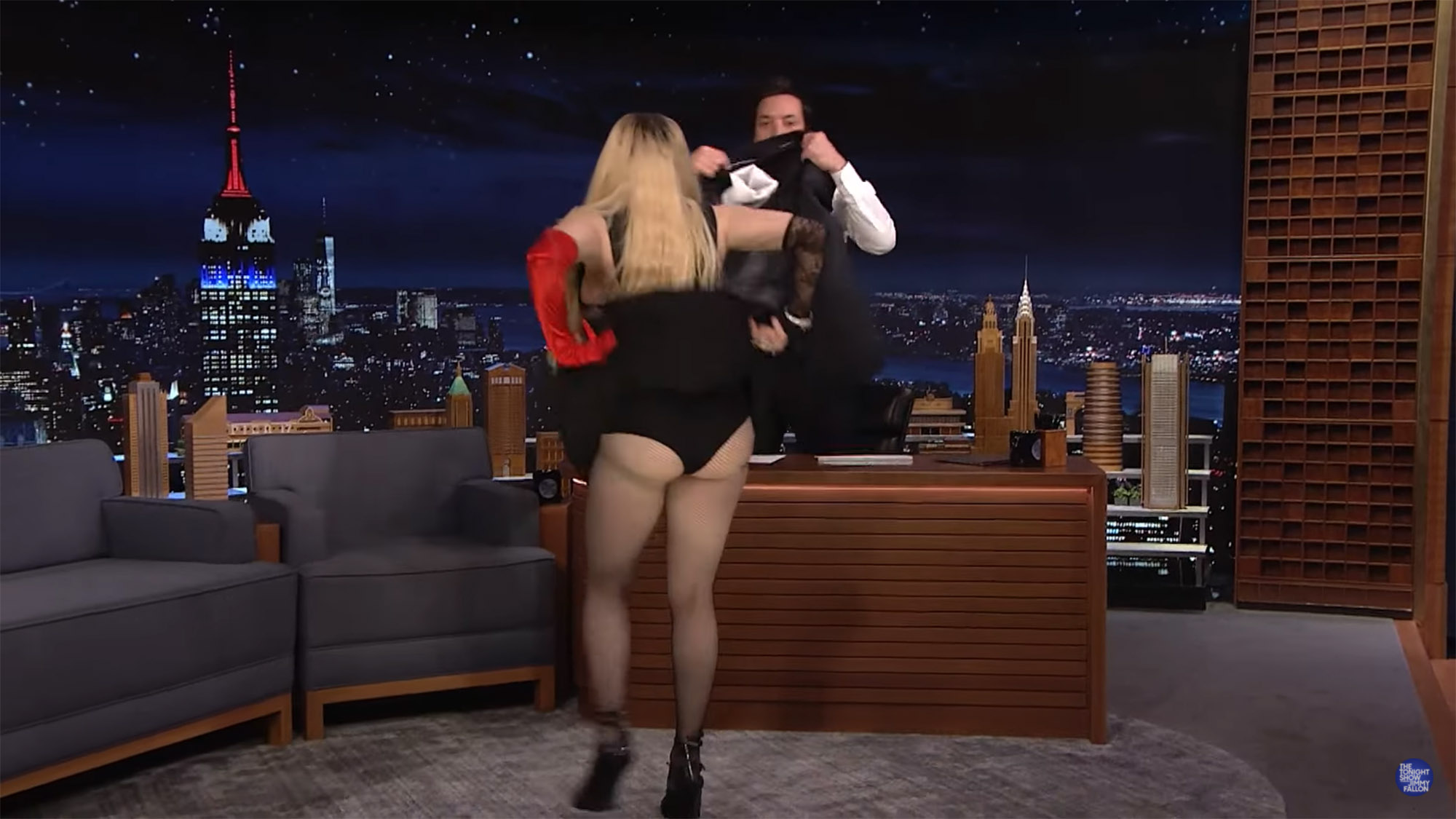 When Fallon asked whether she was talking to an adult, she joked, “I’m not sure.”

Madonna wasted no time diving deep, telling Fallon that she thought he was in “some sort of conflict” and asking whether he’d been to a therapist.

She also joked about liking opioids before Fallon finally changed the subject to play a preview of her new film, out Friday on Paramount+.

This Harry Potter-Themed Cafe in LA Has a Notorious Black Latte — So Accio Broom!