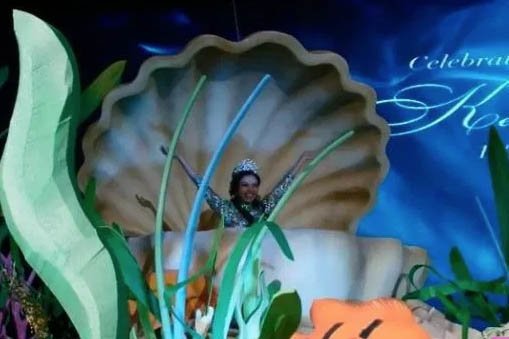 The Singaporean woman even spent £3,000 to emerge from a giant clamshell as part of an extremely extravagant Under the Sea-themed wedding.

The show followed the beauty heiress planning and executing her outlandish wedding, with no expense spared.

Discussing her OTT nuptials in the documentary, Rachel said: “I’ve always wanted to be a mermaid so why not on my wedding day?”

The couple began their wedding day by tying the knot in front of 200 of guests at Singapore’s exclusive Catholic church of St Theresa.

Later, they were joined by a further 400 guests at a five-star hotel, where a dinner table alone costs in excess of £750, for the Under the Sea themed reception.

The clamshell reveal didn’t exactly go off without a hitch, with Rachel having to get herself out of it rather than have her husband Ken lift her as planned.