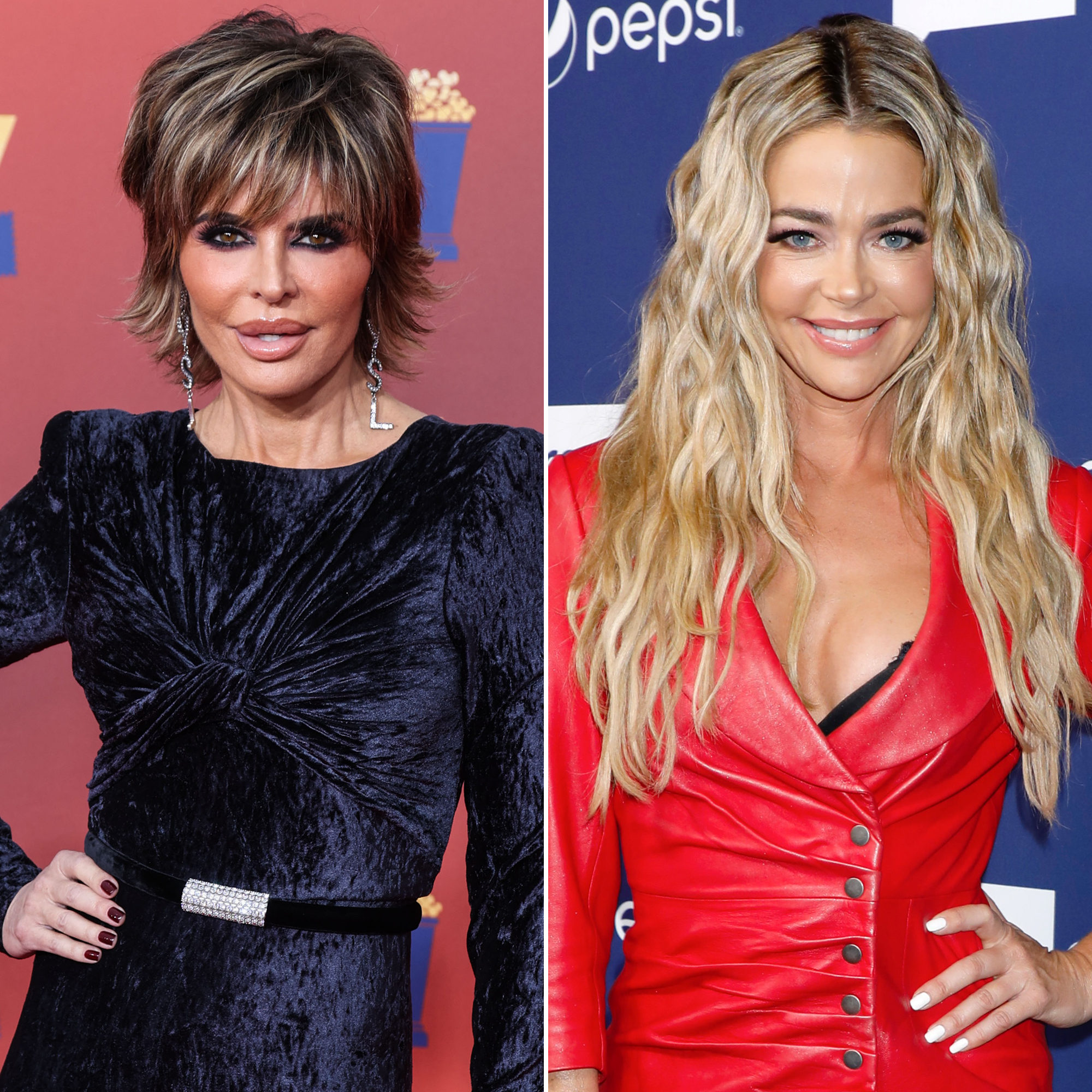 Saying sorry. Lisa Rinna confirmed that she apologized to former Real Housewives of Beverly Hills costar Denise Richards — and she has the receipts to prove it.

Biggest ‘Real Housewives’ Feuds Ever — And Where the Relationships Stand Today

“Have you apologized to Denise Richards?” a fan asked the Rinna Beauty founder, 58, during a Q&A session on her Instagram Story on Thursday, June 23. After confirming that she had, in fact, apologized, Rinna added, “That’s what the text was about last night,” referring to her comments about a “text exchange” with Richards, 51, during the Wednesday, June 22, episode of The Real Housewives of Beverly Hills.

A few hours later, the Days of Our Lives alum shared a screenshot of their conversation on her Instagram Story. “Denise, I am deeply sorry for the way I treated you on and around the show,” Rinna wrote to her former friend in October 2021. “I hope you are doing well, and I wish you and your family nothing but the very best.”

In response, Richards wrote, “Thank you so much for your text. It means alot [sic]. I hope you and your family is good.”

The former Melrose Place star subsequently explained that she didn’t want to share the texts while filming “because I thought it was private,” but after seeing the episode she decided it was important to “set the record straight.” 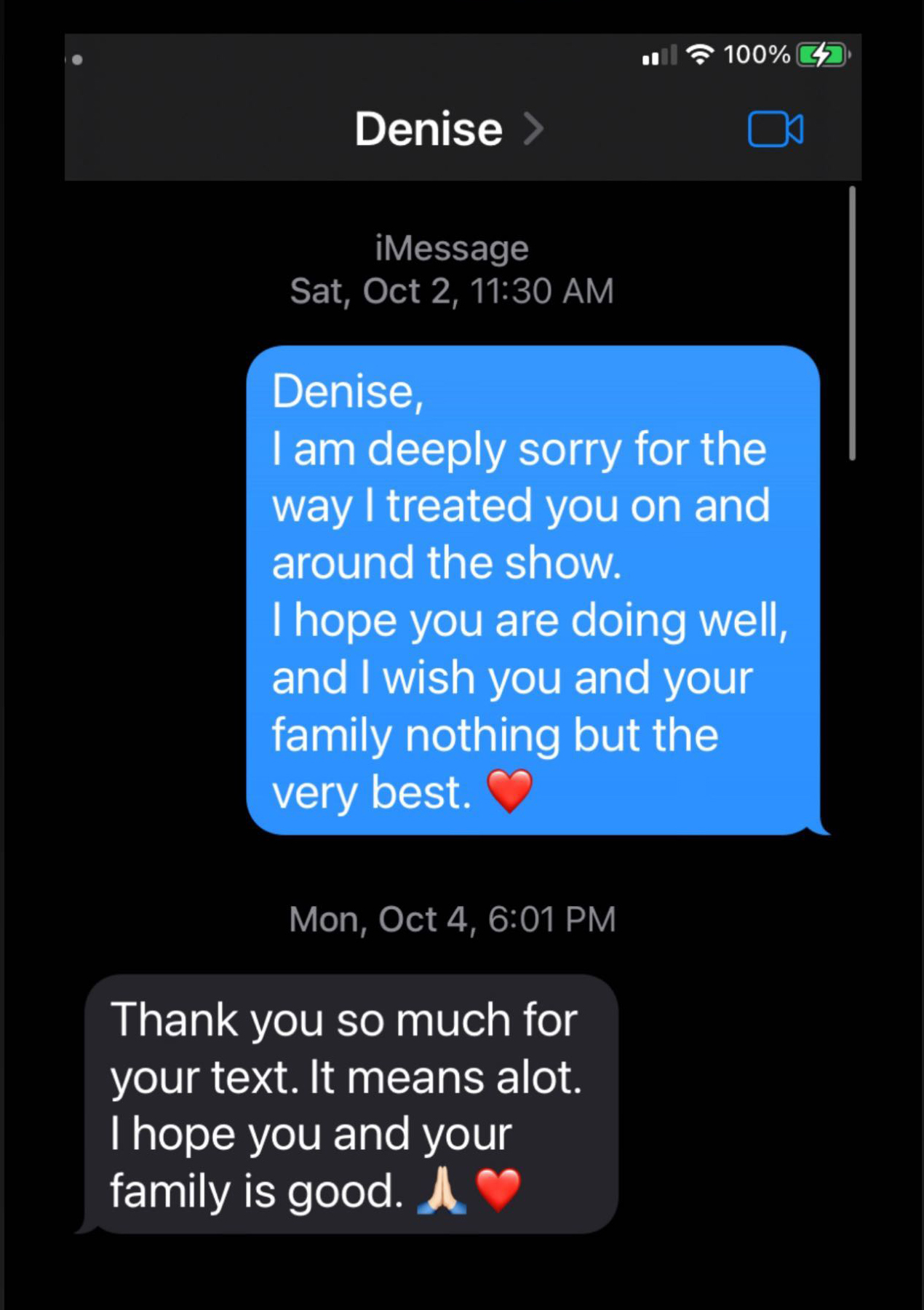 Though the Wild Things actress and Rinna were already longtime friends when Richards joined RHOBH in season 9, the pair had a very public falling out on the show after their fellow Housewife Brandi Glanville claimed that she and Richards had an affair. (Richards has vehemently denied the allegations, although the Drinking and Tweeting author, 48, has maintained that the incident did occur.) Rinna sided with Glanville at the time and publicly slammed the former Bond girl for sending a cease and desist to get her costars to stop speaking about the alleged affair.

“You have to be true to yourself and if you find out your friend of 20 years is a phony? Run,” Rinna wrote via her Instagram Story in July 2020, along with several definitions of the word “phony,” all of which seemed to be directed at Richards. Richards left RHOBH amid the drama in August 2020, although she still remained a topic of conversation among her former costars.

“Denise isn’t thrilled about her name being brought up during the reunion or even this season,” a source exclusively told Us Weekly in October 2021. “She believes producers provoked the conversation between Garcelle [Beauvais] and [Lisa] Rinna just to give them something drama-filled to talk about.”

The insider adds, “She once joked, ‘Do I get paid for every time my name comes up?’ and she meant it. She thinks she should get paid if she’s going to be mentioned.”

From Bethenny to NeNe to Camille! ‘Real Housewives’ Who Left and Returned

Rinna, for her part, first confessed that she regretted her behavior during a September 2021 appearance on Watch What Happens Live With Andy Cohen. “I don’t like my behavior and how I treated her,” she said at the time. “I was mean, and I was cruel. I was too cruel. I absolutely was, and I’d like to atone for that.”