"SAVAGE caption," one of Kristin Cavallari's followers commented on her recent Instagram post, which had one cheeky message.. 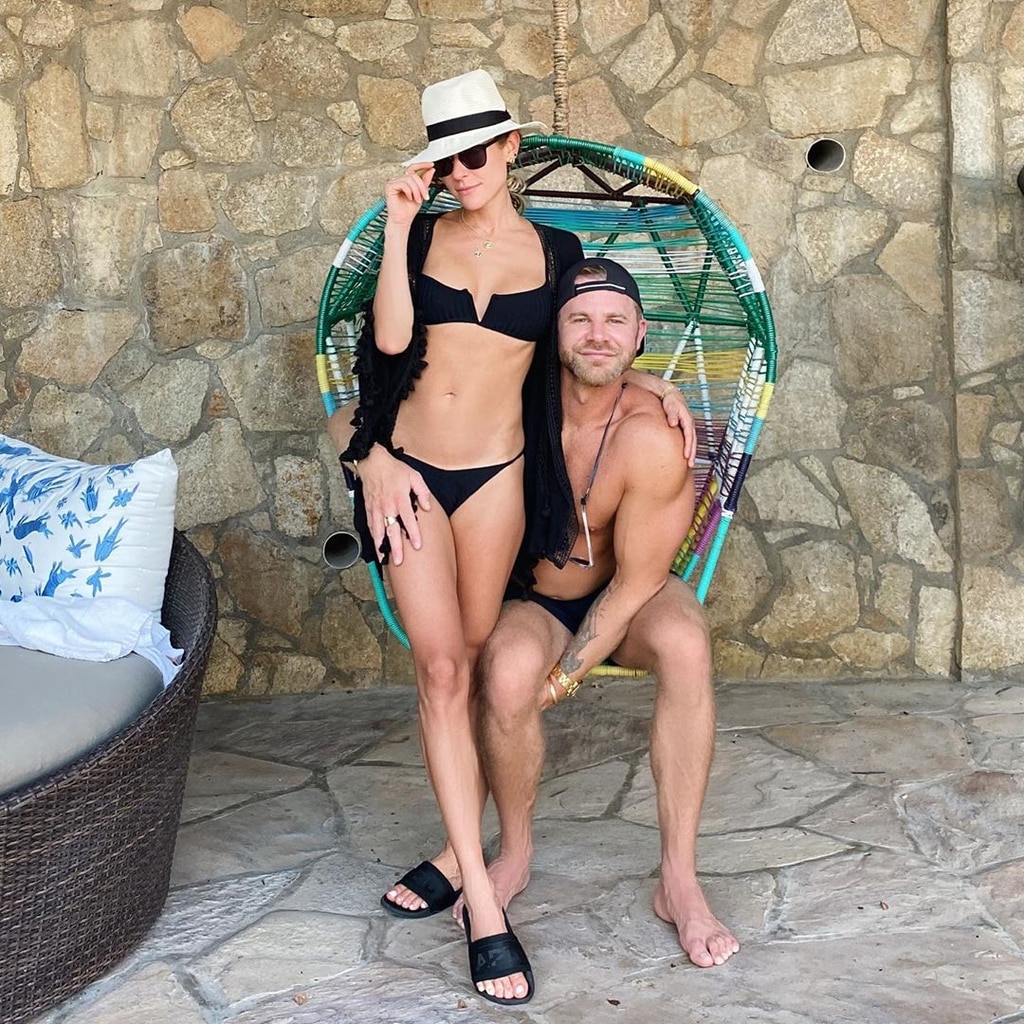 Case in point? The Very Cavallari alum took to social media to post a cheeky caption on Friday, Sept. 4. "Longest relationship of my life," Kristin shared on Instagram.

The reality TV personality uploaded a photo of her posing with her best friend and celebrity hairstylist, Justin Anderson. The BFFs appeared to be enjoying a poolside or oceanside day, as they each had on their swimwear.

It didn't take long for the 33-year-old star's millions of followers and friends to comment on her post.

However, others couldn't help but notice the subtle "shade" hinted towards Jay Cutler, who was recently spotted hanging out with Fox Nation host Tomi Lahren.

"The lowkey shade," one of Kristin's followers commented. "SAVAGE caption," someone else wrote. Another chimed in, "Please, for the sake of my health, take it easy on jay."

Of course, it's unclear if Kristin's post was a jab at her ex. The two announced their divorce back in April and have kept things cordial for the most part. In fact, they celebrated Father's Day together in June and spent the holiday with their three children: Camden Jack Cutler (7), Jaxon Wyatt Cutler (6) and Saylor James Cutler (4).

"With great sadness, after 10 years together we have come to a loving conclusion to get a divorce," Kristin and Jay shared at the time of their split. "We have nothing but love and respect for one another and are deeply grateful for the years shared, memories made, and the children we are so proud of."

Whoopi Goldberg Reflects On Losing "Everything" After Political Remark

The Truth About Kyra Sedgwick and Kevin Bacon's 32-Year Marriage

They concluded, "This is just the situation of two people growing apart. We ask everyone to respect our privacy as we navigate this difficult time within our family."

While Kristin recently reunited with her high school sweetheart, Stephen Colletti, she appears to be living the single life. The same goes for Jay, who set the record straight on his hangout with the host.

"Only lady in my life," he quipped on Instagram on Friday, Sept. 4, alongside a video of him brushing one of his animal's hair. "Be better internet."

That same day, Tomi also spoke out. She captioned her Twitter post, "I love it when the internet tells me who I'm dating. Good one."

On Thursday, Sept. 3, Jay and Tomi sparked romance rumors after they were spotted during a night out in Nashville, Tenn. At the time, an eyewitness told E! News the two "were enjoying a nice night out together at Winners Bar."

"The two of them were having a lot of fun together at a table along with two other friends," the eagle-eyed observer continued. "Tomi and Jay were passing a bottle of tequila back and forth and taking shots together directly from the bottle. The two of them left together."

A second insider shut down the romance rumors and said, "They are just friends."

Dr Miriam Stoppard: Being left-handed is a blessing not a curse