Kourtney Kardashian is sharing one of her most beloved recipes! The Keeping Up With the Kardashians star revealed how to make the gluten-free waffles that her kiddos go crazy for.

Kardashian, 41, included her go-to waffle recipe in a Poosh article published on Tuesday, April 21. “Kourt’s famous waffle recipe is here,” the post declared. “We’re sharing how to replicate the simple and delicious gluten-free breakfast dish that she makes for her kids weekly.”

When sharing a peek at the article on her Instagram Stories on Tuesday, Kardashian wrote: “We make these every morning, lately.” 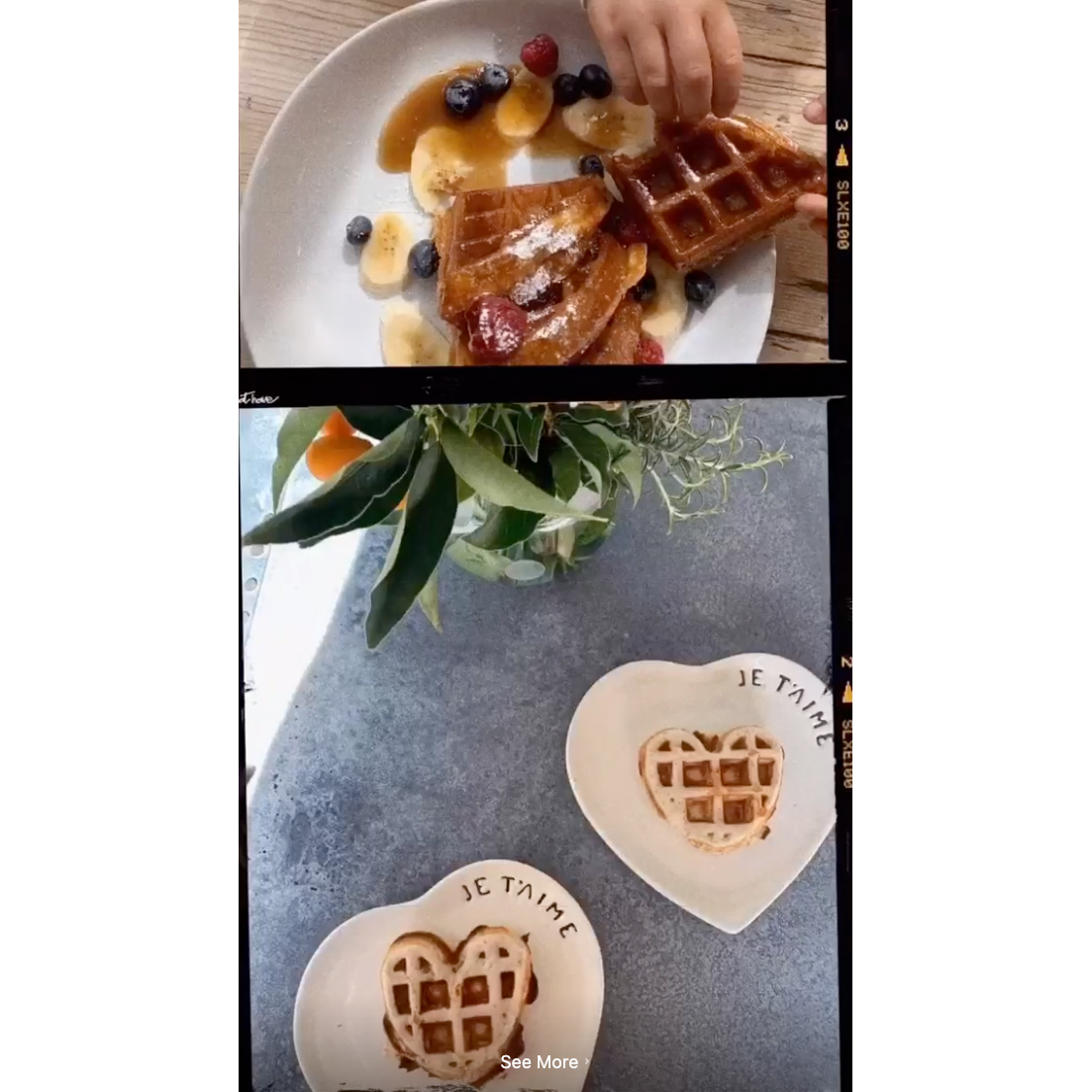 The dish, which takes about 12 minutes to throw together, is made with gluten-free pancake mix (with almond flour), vanilla extract, cinnamon, an egg, grapeseed oil and a ripe banana.

Per the reality star’s instructions regarding the fruit: “[The] browner the better.”

The California native also likes to top the morning treat with non-dairy butter and real maple syrup for her brood. She shares children Mason, 10, Penelope, 7, and Reign, 5, with her ex Scott Disick.

While the Poosh founder noted that these waffles are a hit with her kids, she also eats them on occasion. Most recently, the E! personality treated herself to some waffles shaped like little hearts in celebration of her 41st birthday on Saturday, April 19.

The Kourtney and Kim Take New York alum has shared quite a few of her go-to recipes with her fans during the ongoing coronavirus pandemic. Earlier this month, she published her “staple” vegetable soup recipe on Poosh, and a few weeks ago she revealed that she switched up her morning juice routine for the first time in years. She now starts her days with an easy-to-make banana smoothie.

Since all of Kardashian’s recipes are relatively healthy, it’s no surprise that she recently said she “would never open a can of soda.”

“That’s just not where I would cheat,” she told Health magazine in March.

However, the star does indulge on occasion. “My mom [Kris Jenner] has a good pantry in Palm Springs filled with Cheetos and Oreos and lots of junk foods. I definitely treat myself,” she explained at the time. “And [recently] Kim [Kardashian] and I did a road trip and we stopped at a gas station and raided it — Funyuns, mini doughnuts, Chex Mix.”

Check out the Kardashian’s  gluten-free waffle recipe below!

Here’s When The ‘Game of Thrones’ Targaryen Prequel Will Premiere