No, Kim Kardashian didn’t try to attend the Jubilee with Pete Davidson

Nothing says “I love you” quite like applying skincare to your partner’s pimples.

In the latest episode of “The Kardashians,” Kim Kardashian opens up about her boyfriend Pete Davidson while chatting with her sisters, Khloé and Kourtney Kardashian.

The reality star gives insight into her relationship with the “Saturday Night Live” alum, calling him “genuine” and “thoughtful.”

Proof that the comic puts others above himself? He cares about Kim’s skin.

“I had this big pimple on my nose and I kept on complaining about this pimple and being like, ‘Oh my god, I have to get up and put pimple medicine on,’” she confided in her sisters. 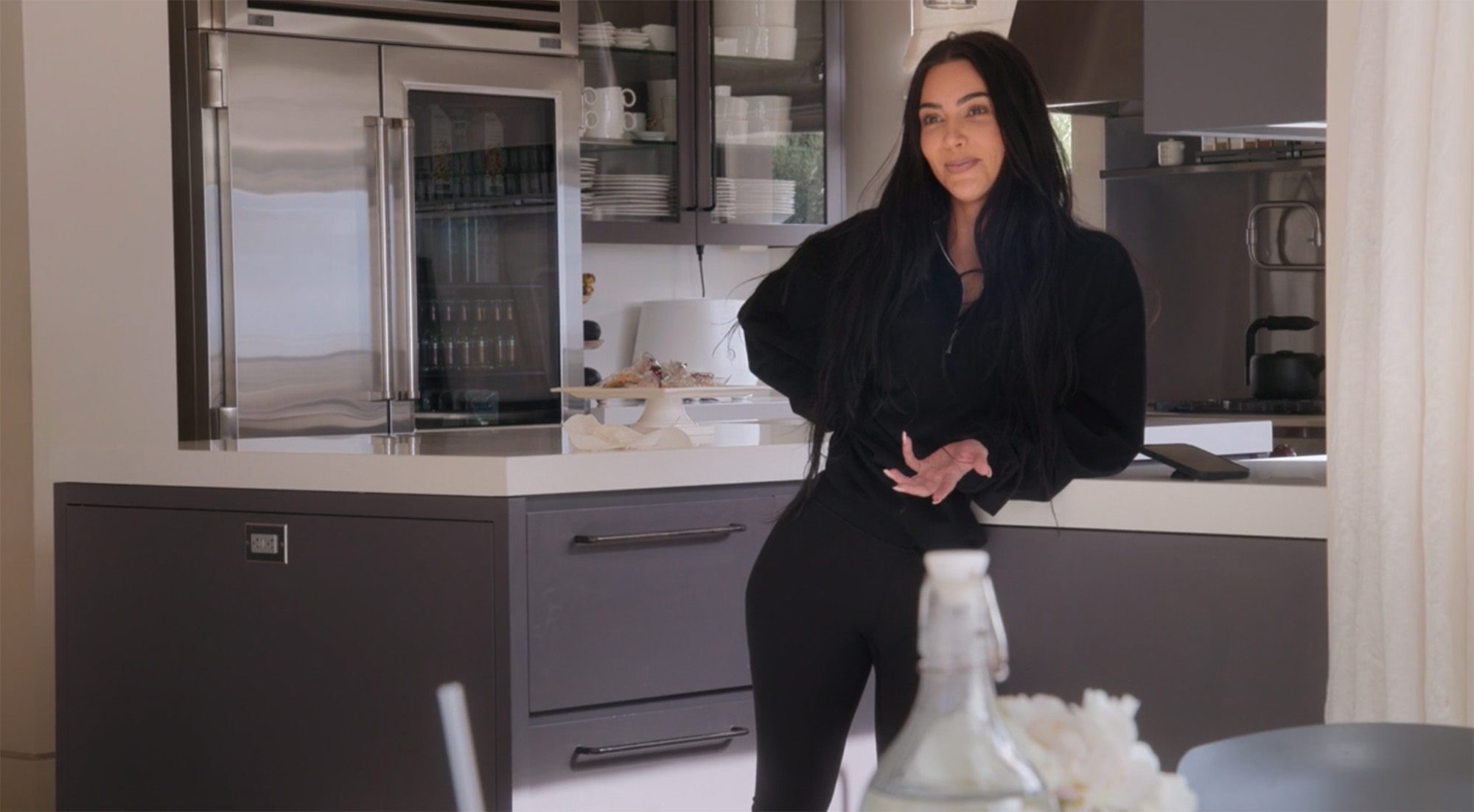 “One thing that we, like, seriously have in common is we’re obsessed with skincare and dermatologists and literally beauty products,” she revealed. “I fell asleep at 8:30. I was so tired. And I woke up in the morning with dried pimple medicine on my nose. He put it on for me in my sleep because he knew that I really needed it to go away.”

In the same scene, the Skims founder reveals her now-boyfriend tried to get her phone number from Megan Fox months before her “Saturday Night Live” appearance. Fox replied that he had “a better shot of me and MGK getting eaten by crocodiles” than getting the reality star’s phone number and said it was “never going to happen.” 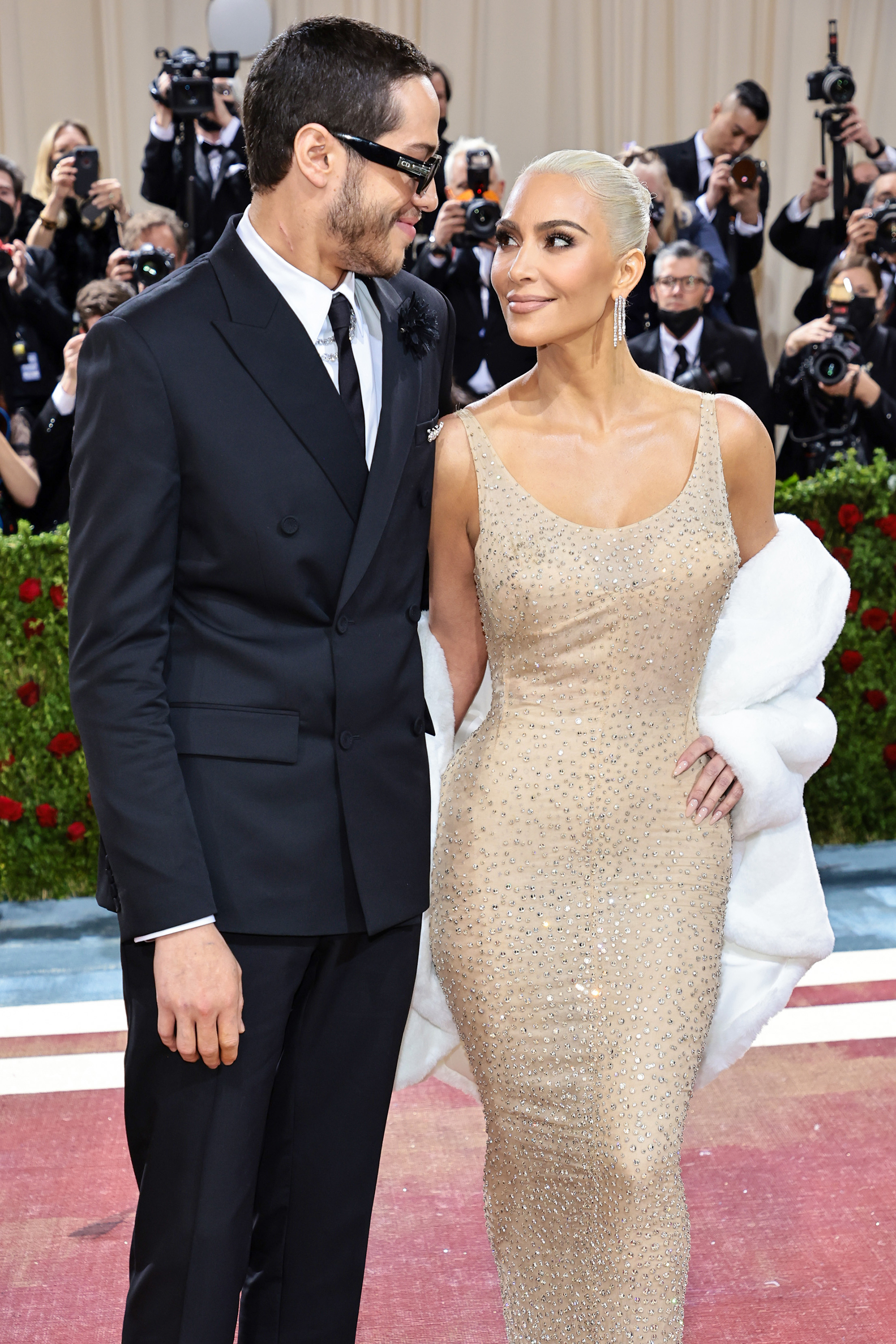 While Davidson hasn’t discussed his skincare obsession, he did bleach his hair to match Kim’s Marilyn Monroe do, proving he’s into haircare as well.

“The King of Staten Island” actor also underwent a major closet clean-out to keep up with his girlfriend’s ever-evolving sense of style. And while his renovated closet is looking sleek, it can’t compare to Kim’s 30,000 archival storage space. 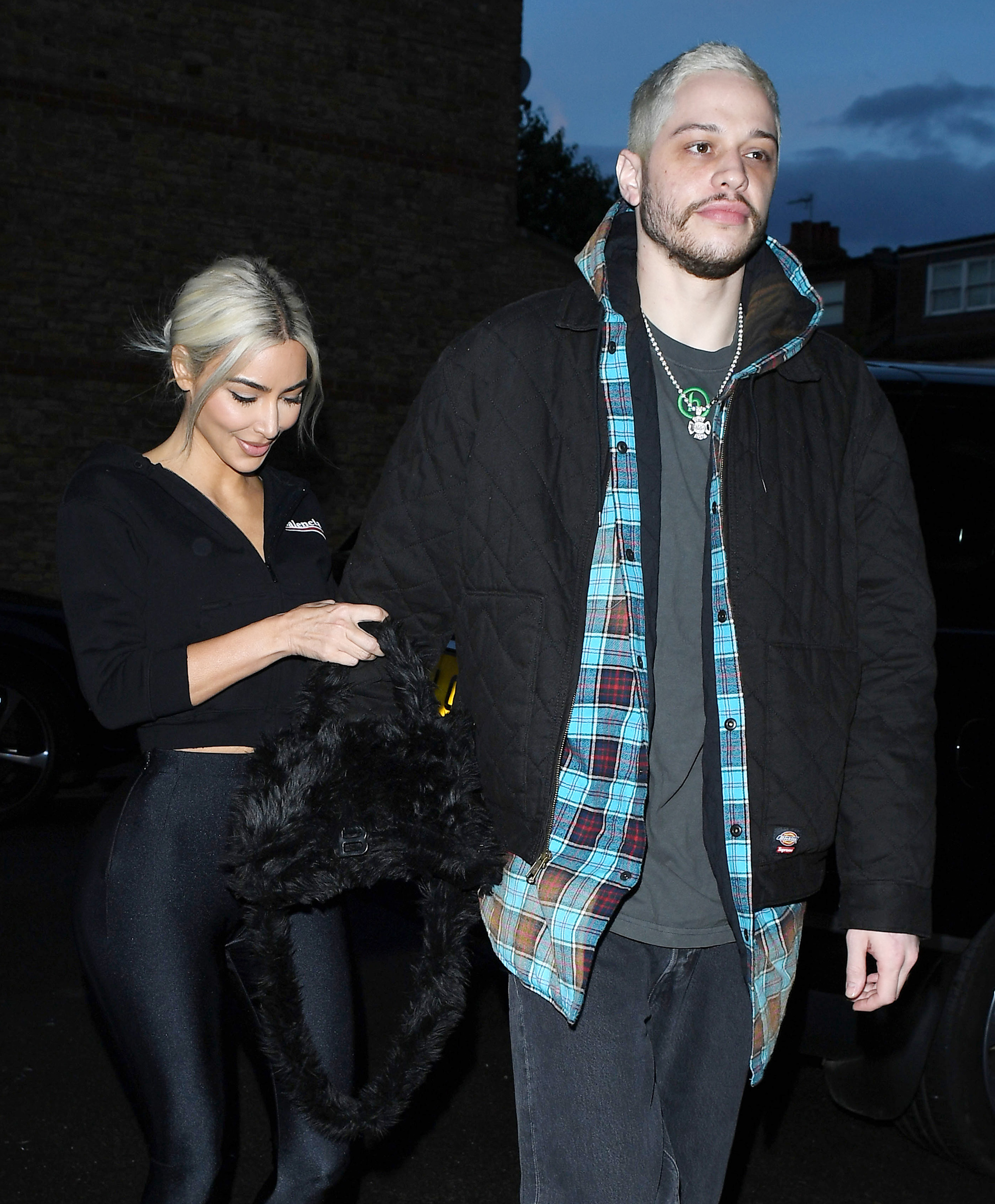 Perhaps Davidson will appear in a forthcoming Skkn by Kim ad campaign in the near future.

The Most Awkward Moments Backstage at the Oscars