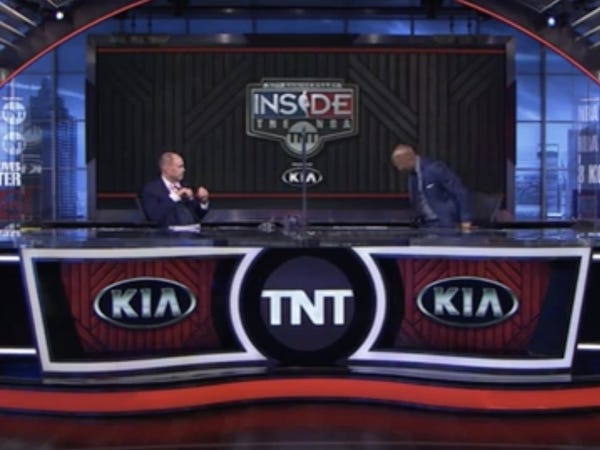 Kenny Smith of TNT's "Inside the NBA" walked off the show's set in solidarity with players protesting the police shooting of Jacob Blake.

The Milwaukee Bucks began a bold movement on Wednesday when they refused to take the court for their scheduled playoff game against the Orlando Magic. Minutes after their intentions to boycott the game were made clear, the rest of the teams followed suit — no NBA games would be played on Wednesday night.

On TNT, where two of the day's three games had been scheduled to broadcast, the "Inside the NBA" crew went live despite the cancellations. Before the day's conversation could begin, Kenny Smith instead acted in solidarity with the players and walk off the set.

"This is tough. Right now, my head is ready to explode," Smith began. "Just the thoughts of what's going on. I don't know if I'm even appropriate enough to say it — what the players are feeling.

"I haven't talked to any of the players, but even driving here and getting into the studio, hearing calls and people talking … As a black man, as a former player, I think it's best for me to support the players, and just not be here tonight."

Smith then reached to remove his microphone and stood up from the desk. "I respect that," said host Ernie Johnson as Smith got up to leave.

The NBA playoffs are scheduled to continue on Thursday on ESPN, with TNT's "Inside the NBA" to come back on Friday when the network is scheduled to carry more games, but given the players' boycott, those dates are clearly subject to change.