The middle of hard lockdown could not be considered ideal timing to try to break into the music industry, but for Melbourne singer-songwriter Kee’ahn, it provided an unlikely launching pad.

Inspired by the music of the legendary musical elder, Archie Roach and especially by his late partner in life and art, Ruby Hunter, and grappling with feelings of isolation from her family in Far North Queensland, the 22-year-old penned a song about looking up in dark times. 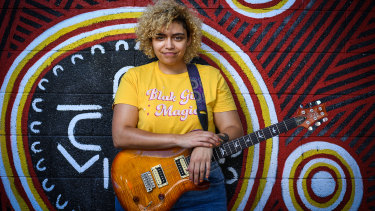 Kee’ahn will sing at the Share the Spirit Indigenous culture festival on Tuesday.Credit:Justin McManus

She released the soulful Better Things in May 2020, “as a way to better understand myself and hopefully to heal myself and others … to give some light and optimism”. By June it was described by Rolling Stone as a “song you need to know”.

It won Kee’ahn the Archie Roach Foundation Award at last year’s National Indigenous Music Awards and gave her the chance to perform on the same bill as her idol at Victoria’s longest-running Indigenous music festival, Share the Spirit, at the Sidney Myer Music Bowl on Tuesday.

The chance to raise her voice and have it heard, especially among peers doing the same, was something Kee’ahn’s ancestors were not granted. “My matriarchs were strong fighters who were denied their freedom on their own land – their voices flow through mine so I am honored and empowered to be able to create my music and have people listen,” she said.

“I am one of many First Nations creators and my goal is to amplify the many other voices in my community that are leaders, activists and system breakers.” 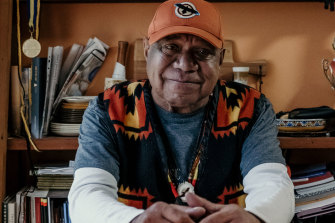 Archie Roach, who was inducted into the 2020 Aria Hall of Fame, was a strong inspiration for Kee’ahn.Credit:Jo O’Keefe

Kee’ahn says being among a wave of young, female Indigenous artists who are gaining traction, including Yorta Yorta musician and composer Allara (also performing on Tuesday), is “pretty special”, especially at a time when the live music industry generally remains under pandemic stress.

“Ruby Hunter paved the way for all of us; there’s a lot more that can be done in the music industry for women, but it’s empowering to see so many First Nations women come through the ranks and that there’s more coverage of us,” she said.

Though January 26 was a sombre day for her community, she said being among it at the Share the Spirit festival would enable sadness to be acknowledged, as well as shared.

As Cardi B’s Coronavirus Rant Makes the Charts, Meet the DJ Who Created the Remix

Help for those with no roof over their heads during pandemic