KATIE Price has showed off her new hairdo as she celebrated getting her second Covid-19 jab.

The 43-year-old, who has five children and is trying for her sixth with boyfriend Carl Woods, shared her latest hairdo on her official Instagram Story with her 2.6million followers. 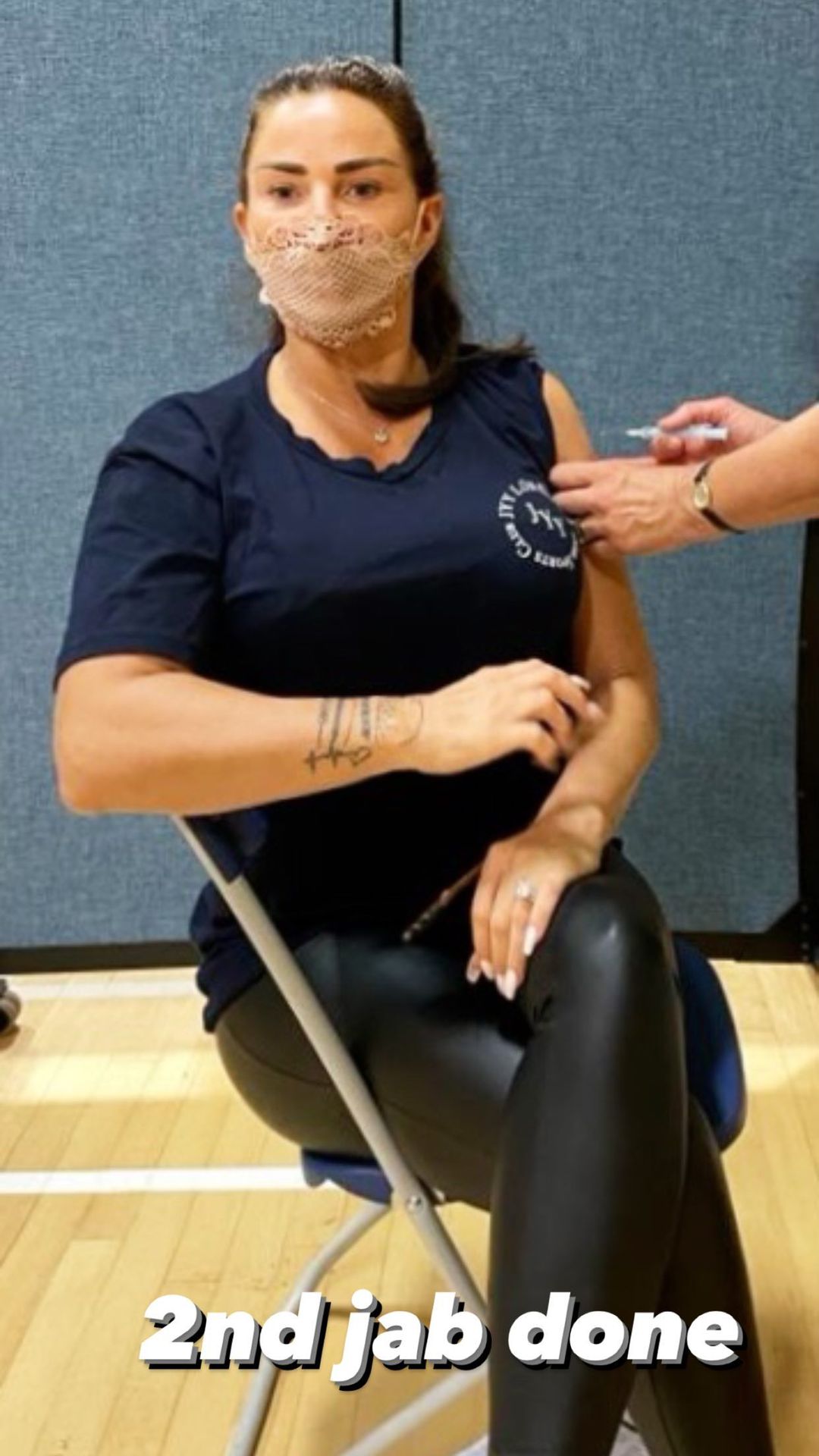 Katie looked in high spirits as she posed for the photo with her new luscious brunette locks up in a sleek ponytail as she got her second jab done.

Donning a nude lace facemask, Katie wore a navy T-shirt which she rolled the sleeve up of to receive her injection.

The photo showed the needle going into Katie's arm as she continued to look into the camera lens for the pic.

Her elegant ponytail sat on the shoulder of the arm receiving the vaccine, and was different to the sleek cropped hairstyle she was wearing the other day. 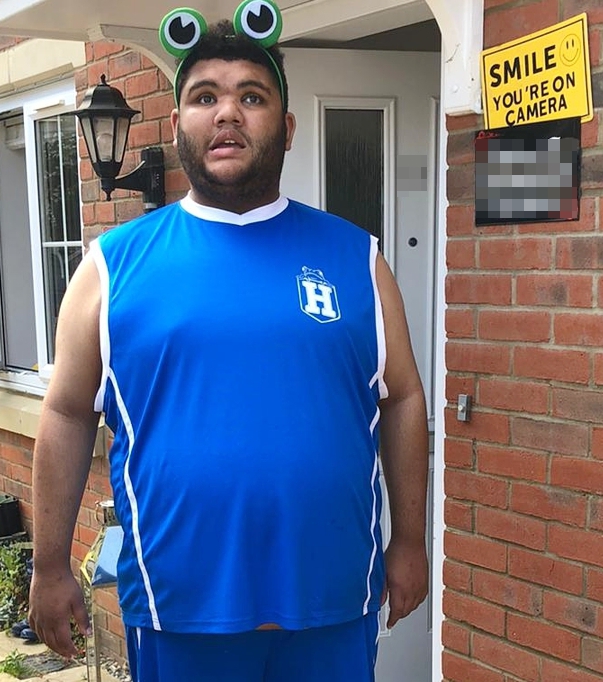 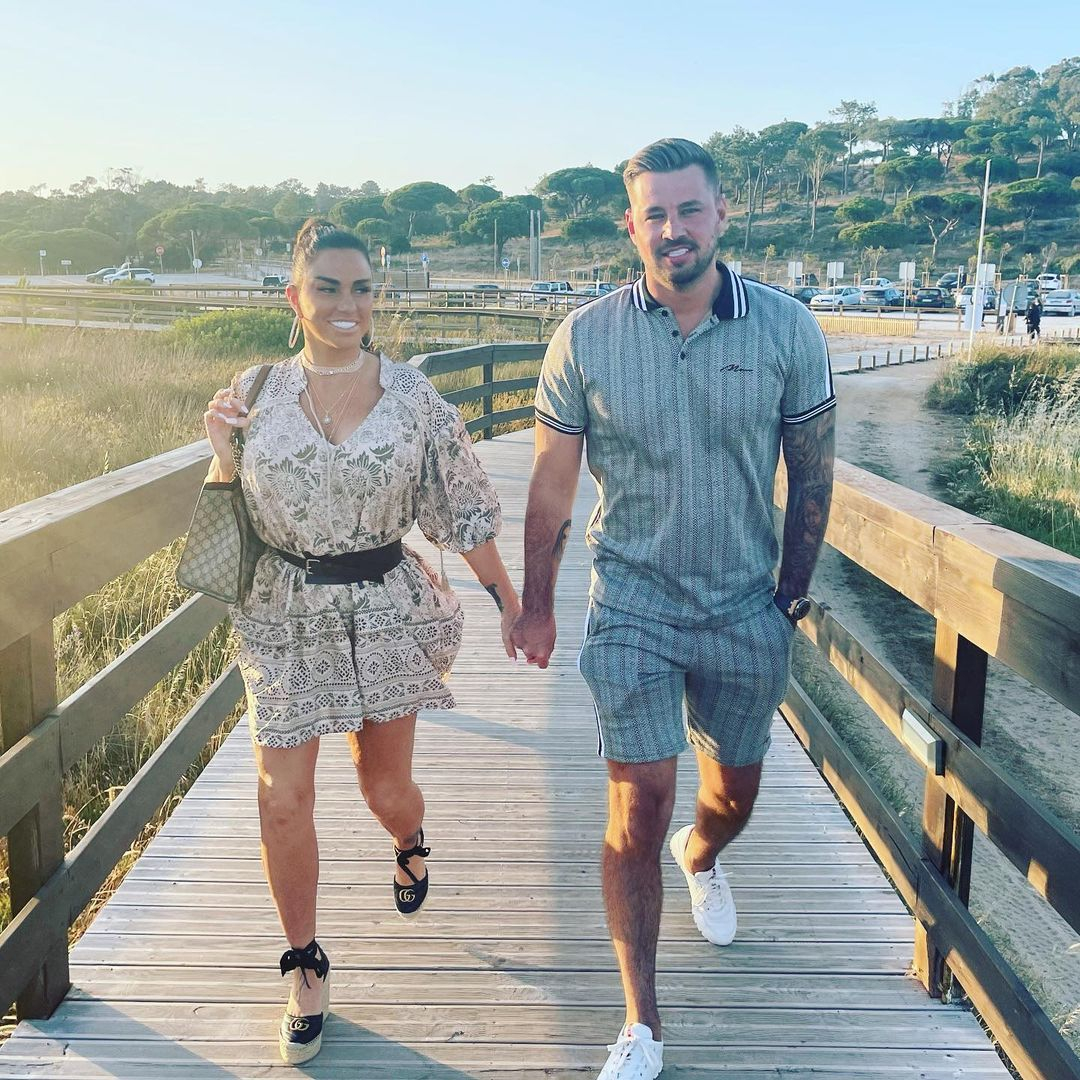 Over the top of the photo, Katie simply wrote: "2nd jab done."

However, it doesn't look like the star's hairstyle will be staying around for too long either, as she also did a shout out on her Story asking for someone to do a weave before Monday.

Katie also made a huge announcement today that she is dropping another book.

This book, titled Harvey and Me: A Mother's Love, is a tell-all revealing the ins and outs of bringing up her beloved oldest son Harvey Price.

Katie was forced to raise Harvey – who has autism and Prader-Willi syndrome – as a single mum after his father footballer Dwight Yorke cut all contact with the pair.

Speaking about the new memoir, Katie explained: "Sharing our story I hope to bring love, encouragement and support.

"I want to educate parents and others, with a few good belly laughs, by giving an insight into what my world with Harvey is like behind closed doors.

"I’ll take you away from showbiz thrills and spills and into my home, into my life as a parent with a child of complex needs and disabilities.

"Harvey has taught me to be a better person, mother and to fight for what is right, for those especially who have until now not had a voice to be heard."

Karen van der Beek’s ‘Californication’ Estate Can Now Be Yours – for $4.9 Million