Katharine McPhee rocks bikini one month after birth of son: ‘Loving my curves’

Katharine McPhee is giving the world its first full glimpse of baby Rennie.

The singer shared a photo dump from her trip with husband David Foster to his native Canada, which included photos that showed off her 6-month-old son’s face for the first time.

McPhee, 37, has previously shared photos of the tot on social media, but they all have been either taken from behind or subtly obstructed.

The lastest group of images showed the “Waitress” star holding little Rennie in a colorful flower garden as he wore a little blue and white baseball cap.

Another image showed her giving the infant a motherly smooch by some water as the sun set in the background.

The dump also included some other photos showing her enjoying the summer, including one sharing some beverages with a friend and another of her posing in a mask by a lake.

The actresss gave birth to little Rennie in February 2021 after sparking pregnancy rumors in October 2020.

She revealed her son’s name just a few weeks after his birth in an interview for “Today with Hoda & Jenna.”

She explained at the time that it was a family moniker that her husband had picked and considered a “strong name.” She later said that Foster, 71, was angry at her for sharing the anecdote.

“My husband was kind of annoyed. I said, ‘What was I supposed to say [when asked]?’ Nothing?” she said in a Sirius XM interview. 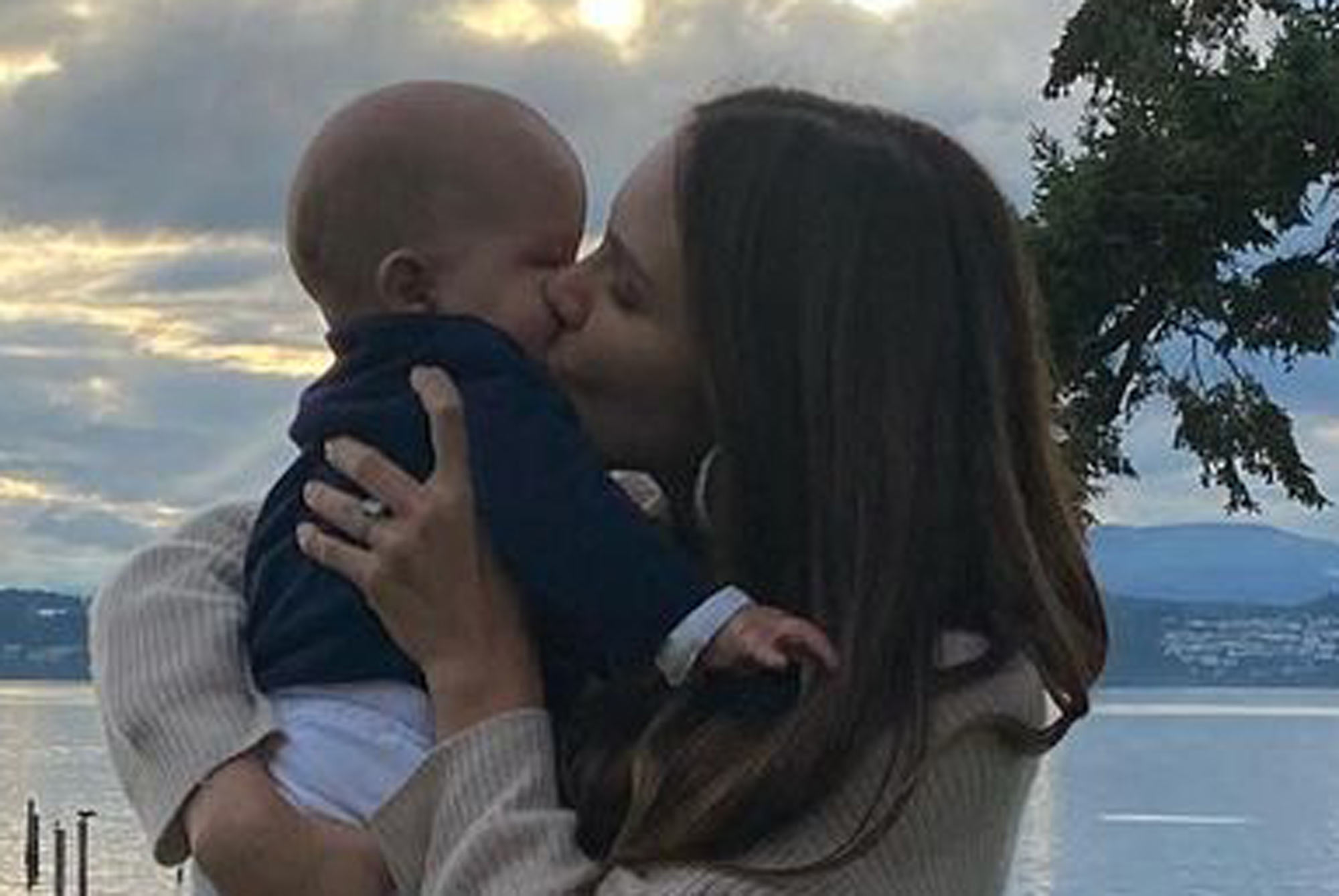 Rennie is only child for the couple who married in June 2019.

He also has five adult daughters from his previous relationships: Amy, Erin, Sara, Jordan and Allison.

14 Carry-On Suitcases Frequent Flyers Always Buy and You Should, Too

All The Drama To Expect In ‘Vanderpump Rules’ Season 8